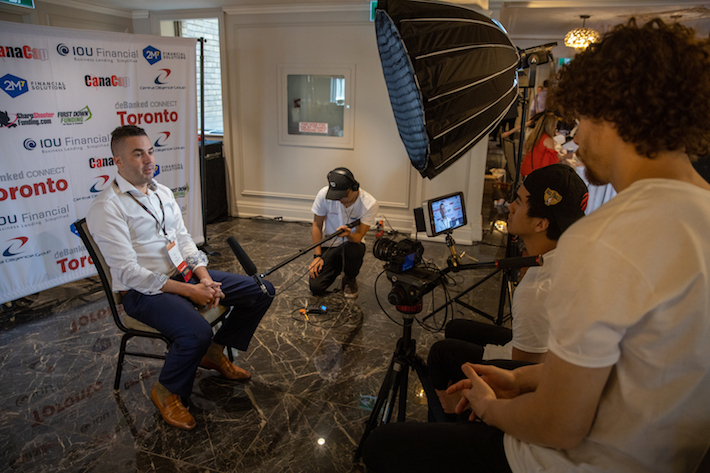 As the heat of the Toronto sun split the stones outside, the crowd inside the Omni King Edward’s seventeenth-floor Crystal Ballroom mingled and munched as part of deBanked’s most recent CONNECT event.

The first of its kind to be held in Toronto, the CONNECT series are half-day events that take place in both San Diego and Miami as well. Despite not being as established as the latter two, Toronto proved just as eventful, with a variety of speakers and topics broached, as well as a host of attendees from differing backgrounds making an appearance. It was par for the course for an inaugural deBanked show with the attendance figures being reminiscent of deBanked’s first ever event in the USA, a market that’s 10x the size.

The day was kicked off by entrepreneur, a dragon on the Canadian Dragons’ Den series, and co-founder of Clearbanc, Michele Romanow, whose anecdotes detailed the adventures that accompany the beginning of a startup. Regaling the audience with the story of Evandale Caviar, Romanow began with telling the room of a post-college venture that saw her working tooth and nail to secure a fishing license, studying YouTube fish gutting tutorials that were exclusively in Russian, and getting her hands dirty with the other co-founders when the time came to put their time spent online to use. 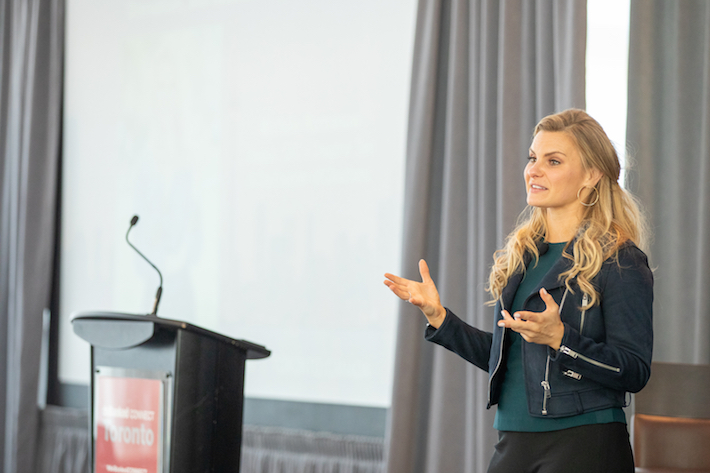 But it wasn’t all blood and glory for Romanow, as the tale shifted from one of youthful expansion to one of reflection and acceptance of the unknown. Speaking on the effect of tech giants in various fields, Romanow explained that “we have no idea of how these industries will shape out.” The likes of Uber and AirBnb never planned change the world, just to change a product and thus solve a problem, and their meteoric rises are unpredictable as a result. Iteration, rather than innovation, is what drives a company forward according to Romanow.

And this sentiment was brought further along with the following panel, which featured Vlad Sherbatov of Smarter Loans, Paul Pitcher of SharpShooter Funding, and SEO expert Paul Teitelman, speaking on the trials and novelties of the sales and marketing scene. Offering wisdom on various aspects of the field, the three men covered the need to go beyond the traditional forms of advertising, instead looking outward towards unorthodox methods of marketing; the hardships that come with the grind of a sales job; and the role that SEO can play when raising public awareness of your company; respectively. 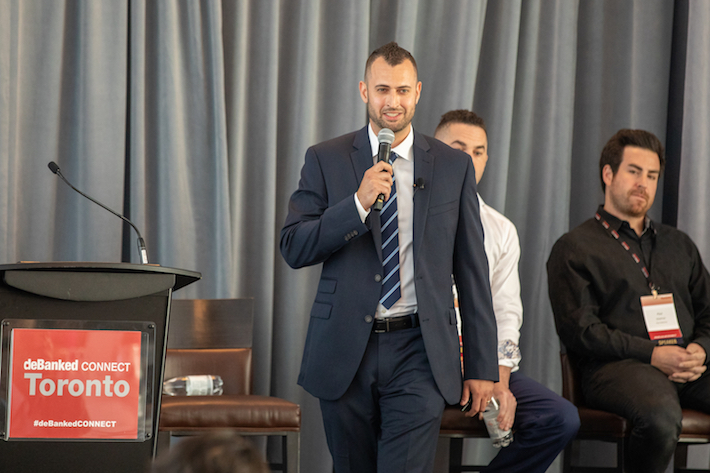 “It’s a matter of spreading the word,” one conference goer noted when asked about the sales panel afterwards. “Businesses have to know who we are, and we’re working on that.”

Similarly, Martin Fingerhut and Adam Atlas discussed the existing legal topics of note to Canadian alternative financing companies, as well as those incoming rulings that may be worth knowing about. Covering both the English-speaking provinces and Quebec, the duo gave a comprehensive crash course on the legal landscape of the industry, highlighting laws unique to the regions. Aaron Iannello of Top Funding considered the talk to be particularly engaging, commending it for relaying information that might otherwise be unknown to American companies. 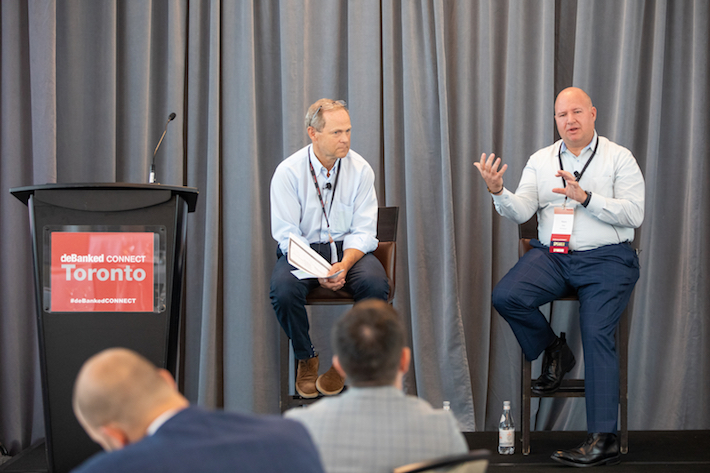 Following this, Kevin Clark, President of Lendified, took to the stage to talk about the importance of the Canadian Lenders Association (CLA). Saying that in the absence of a regulatory body, the CLA seeks to offer guidance to those companies who are looking for it. Clark asserted that “it’s a good thing for our industry to have oversight from a regularly body,” and that he looks forward to the day when one is established.

And before wrapping up the speakers for the day, Clark was joined by IOU Financial’s President, Robert Gloer, to discuss contemporary risk management. Covering everything from the next recession to the emergence of AI, the pair, which accumulatively have been in the industry for decades, offered knowledge learnt from years of experience in both the pre- and post-crash eras. 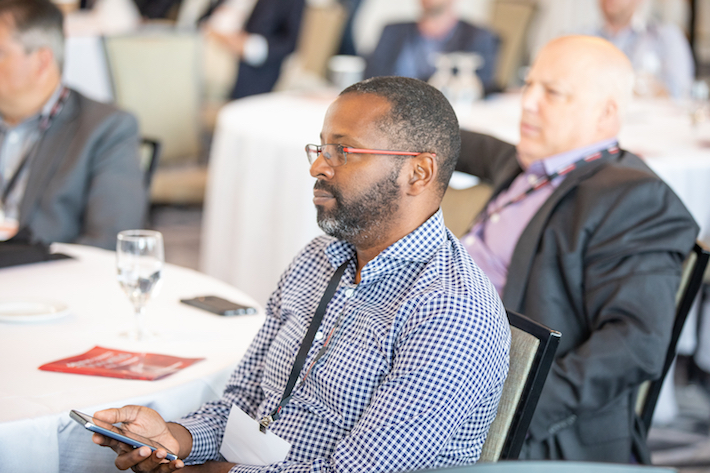 And the prophesizing of what will be the next big episode to shake the industry continued beyond the day’s scheduled agenda as many attendees continued on well into the evening at smaller networking functions offsite.

As the sun started to touchdown on the tips of Toronto’s skyscrapers, the salvo of excited conversation briefly harmonized to produce a singular axiom, that there was an abundance of opportunity in Canada. 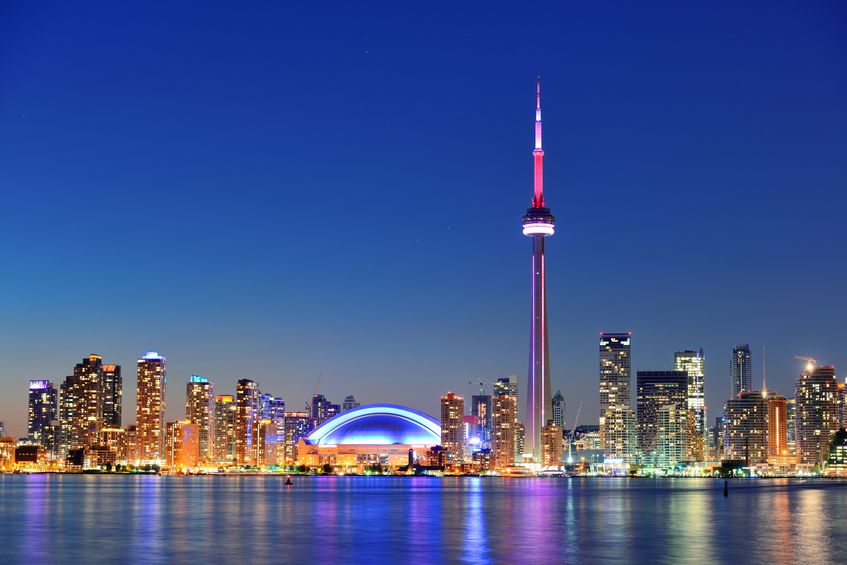