Zach Ramirez started the brokerage company ZR Consulting from his home in Orange County, CA in June 2018. He was generating leads and making phone calls, often in a hushed voice because he was also looking after his six month old daughter.

“That was difficult, having a baby and with my life savings in the business,” Ramirez said.

But he had three brokers working remotely for him and things were working pretty smoothly. That number was growing by the time deBanked profiled him in August.

Why move to an office?

His fledgling business was manageable until he got to six brokers. At this point, the 29 year-old Ramirez said his home office was starting to feel like a call center.

“All day, I was answering calls to help them,” Ramirez said. “‘Zach, I have a question about this merchant, Zach, can you help me close this deal?’ It gave me a ton of anxiety.”

Ramirez realized that it would be much easier to manage employees from a brick and mortar space. So he found the company an office. 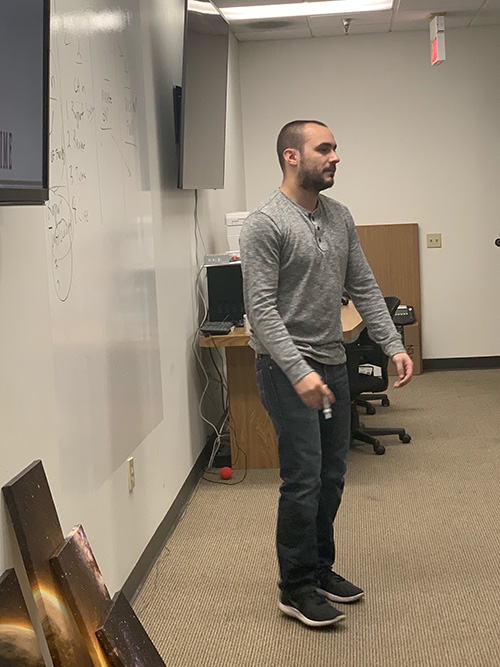 “Technically, we could have stayed at home,” Ramirez said.

And he acknowledges that some brokers can make a nice living working from home.

“But I want to have the biggest ISO,” Ramirez said.

With this as his goal, he said it makes the most sense to have everyone under one roof. If he’s having a large meeting, he wants to know that everyone is paying attention and not driving or playing a video game as they could on a conference call.

“It was difficult to manage salespeople and to track everything, like how many leads we generated in one day? How many leads does it take for me to fund one deal? How much money does the average deal bring me?”

Having his brokers work remotely made keeping track of these numbers even harder. Ramirez still has a couple of people who work for him remotely, but he said that 95% of his employees, or 23 people, now work at their office in Anaheim, CA. Ramirez said that the office was much too big for them with just six people at the beginning.

“We could hear echoes bouncing off the walls,” he recalled.

But now with 23 people, mostly brokers and some support staff, Ramirez is actually planning to expand into an office next door.

“[As we grew in the office,] we just re-invested every penny we earned back into the company,” Ramirez said.  “We upgraded our computers and furniture and we put people on W-2s. We gave our employees a 401k right away. I think it’s important to really treat your people right.”

Ramirez acknowledged that he can’t make changes to the business as quickly as he used to. With more than 20 people, he said that costs go up dramatically and therefore decisions have to be much more calculated.

“It takes time to move the ship,” Ramirez said, “and if you’re not careful, everyday can be consumed by the small stuff.”

That’s why he stresses the importance of delegating roles to others.

“It’s the only way to free up your time so you can focus on the bigger picture,” he said.

Now, he said that he very rarely speaks to funders anymore. He has two processors on staff whose job is to organize the paperwork from the brokers and send it to the funders. They organize the company pipeline, he said. 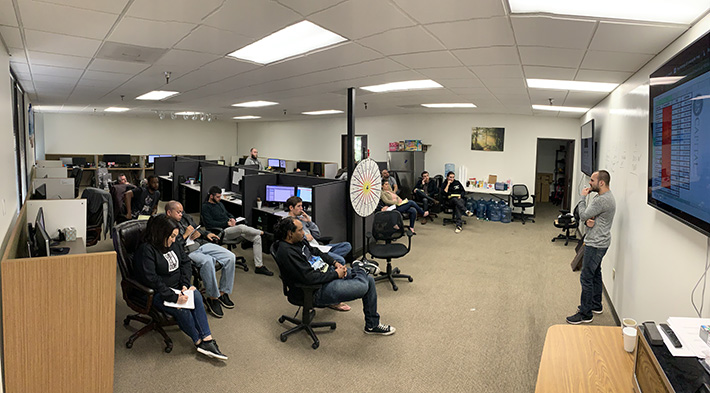 Finding the right mix of funders

Ramirez said that it can be quite difficult to find the right mix of funders.

And like many brokers feel, Ramirez agrees that when it comes to funders, less is more.

“Having a very precise and small list of funders is incredibly important…because it simplifies your process [and] having a simple process is one of the keys to scaling your business,” Ramirez said.

Ramirez said that a common mistake brokers make is to test out a bunch of brokers all at once. He said that brokers need to try working with new funders intelligently, which means one at a time.

“When you bring on a new lender, you carefully watch every submission to them,” Ramirez said. “You want to make sure they’re not backdooring you. So usually you want to put your phone number and your email address in the contact info so you can catch them if they’re trying to be sneaky. [If they are,] they’ll call asking for the client and you know you only sent that deal to one lender.”

He’ll sometimes then pretend he’s interested and record the call. On about three occasions, he said that he has sent recordings like this to the backdooring lender and he’ll write “this is why I don’t send deals to you.”

As Ramirez expands, he says he only hires brokers by referral. He said that 90% of his business is short term business loans and MCAs, and 10% is SBA loans and real estate transactions.

Ramirez said that so far, ZR Consulting has originated $15 million in deals since inception and has earned $1.5 million in revenue.