Nest Planner: The Story Of A Startup MCA Broker


deBanked interviewed Anthony Frisone, the founder of Nest Planner, a young ISO on Long Island, on how he got his start. 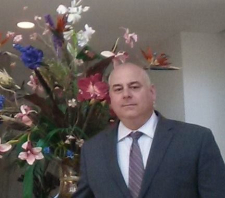 What were you doing before becoming an MCA broker?

I was doing real estate and then I got sick. I was having a hard time walking. And you can’t sell real estate when you can’t walk. I was bedridden for a long time [before I got better.] I was in a bad place, mentally and physically, and a friend of mine just said to me “you should try this out.” I knew nothing about it. So I went to his office and I actually grabbed a deBanked magazine off of one of the desks in his office.

What’s the greatest challenge of being an MCA broker?

Being sick was easier than starting out in this business. It was rough. The first three or four months was an uphill battle. It was brutal. We did zero. No business at all. But I didn’t give up. We just kept dialing the phone. I couldn’t even get funders to send deals to. I was calling quite a few of them. And they were like “Who are you sending deals to now?” And I said, “No one. I’m brand new in the business.” And they were basically like “Come back to me when you have something under your belt.”

I had a whole list of people I was calling and I called up a place called Cardinal Equity, which came from the deBanked website or magazine. The owner answered the phone and we were just talking, for a half hour, maybe an hour. I remember it was late at night and right before Thanksgiving, and he said “Call me next week and I’ll send you the application.” I was like “Oh wow, thanks.” [..] Finally he sent it to me and I sent it back to him. And he let me send him deals.

What about getting deals made?

Getting deals was a whole different story because I didn’t have anyone to tell me “Don’t take $5,000 a month accounts.” We were surrounded by no one that knew the business. So it made it even harder by not knowing what I was doing. But I had no choice. So I just came in everyday and worked. And something, little by little, started panning out. 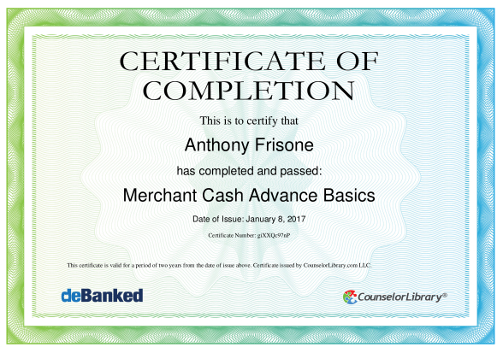 After Cardinal Equity, I didn’t get another funder until after I took the deBanked “Merchant Cash Advance Basics” [online course] in January 2017. It was eye opening for me. Everything started making sense. I was able to have a conversation with funders and actually understand them. I started sending over my MCA Basics Certificate of Completion to every funder I could think of, and within a month’s time, I had over 30 different funders waiting for me to send them deals. However, [at the time] I had no merchants to send them.

So where have you found your best leads?

We tried out so many different places and spent so much money. But we had no one to guide us in the right direction. So we would look online and probably at deBanked also. We called up a bunch of different places. None of them were fantastic, but none of them were terrible. So we knew it was a numbers game and we had to stay on the phone. So there was no set place. I bought a little bit from everywhere and a little bit worked from everywhere.

When did you start making money?

I started the business, called Nest Planner, in October 2016 all by myself. Just me and a desk and a laptop. And I didn’t start making money until March 2017. From October to March was a long 5 months. And in March I made close to $10,000 in advances. But by the end of last year, we hit the $1 million mark in advances. It’s not a lot, but it’s something that showed that we’re doing something right. And this year, it’s just February, and we have over $600,000 in [advances]. That’s huge for us and it’s just from us not giving up and pounding the phones.

How many people work for you? 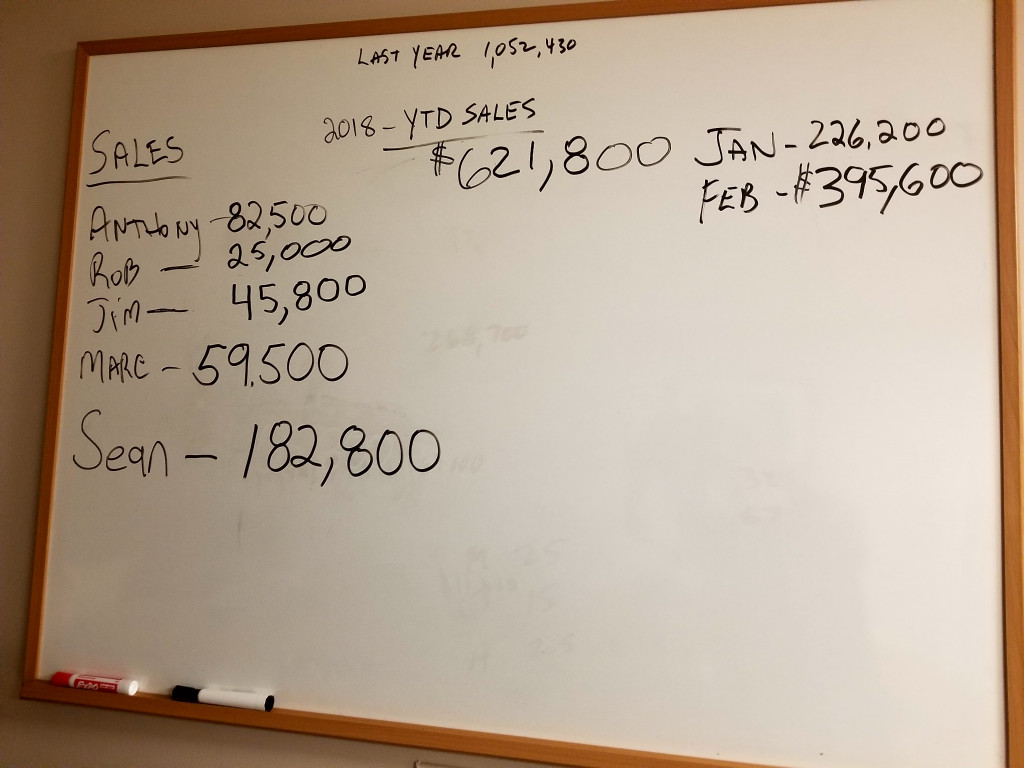 How do you personally define success as a broker?

I guess the obvious part is the funds. If you make sales or close deals, it does feel good to make money. I have a wife and two kids and not taking home a paycheck is brutal. But what’s nice, also, is to see the people we hire make money. It’s nice to see them go home with a check.

How many applications do you typically send out?

So far, for January and February of this year, five of us sent in just under a 100 applications. And we funded 20 of them so far.

What resources do you wish you had that could have helped you made more deals in the beginning?

A CRM. I just had paper leads everywhere. We would just write it up on a piece of paper. No CRM and it’s rough. But it costs money. So we weren’t able to do it.

Apart from approving your applications, what do you look for in a funder?

Someone I could trust. Someone that returns calls. At the very beginning, it was hard. couldn’t get the time of day [from funders]. No one would call me back, except for Cardinal Equity. Now they’re actually calling me.


Want to become a better closer in this industry? Join your peers for training and networking at Broker Fair on May 14 in Brooklyn, NY! You can register here. Last modified: October 22, 2020