Sales is a tough field for anyone to break into even if they come from the most ideal of circumstances. At some point, the rubber meets the road for every MCA broker, at which time they must decide whether they’ve got what it takes to make it in this business. 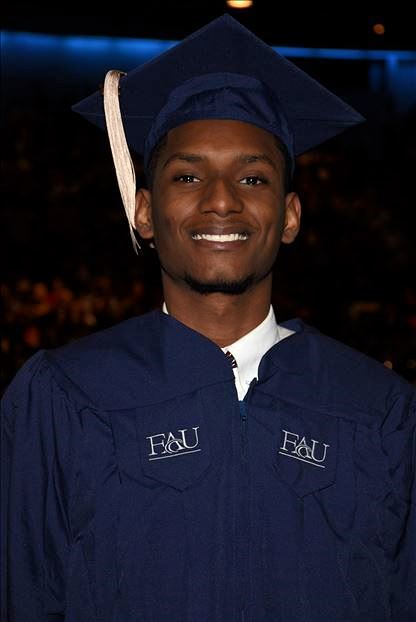 This is what makes Lerry Dore’s story so remarkable, as it seems that the more he got knocked down in life, the higher he was destined to rise. Today he’s employed as an MCA broker at Cresthill Capital. And while education has been paramount to getting him here, evidenced by the fact that during his entire employment he has been in college and he is still one of the funding company’s most successful brokers, Dore more than anything else was trained at the school of hard knocks.

Dore was born in South Florida, but he wouldn’t stay in the United States for long. After his parents split up, his mom was having a tough time making ends meet and made the impossible decision to send him to Haiti to live with extended family.

“My mom had a very hard time supporting us right out of the gate. Soon after I was born, I was sent to Haiti to live with my aunt and cousins,” he said, adding that this gave his mom a chance to get on her feet. “She needed to get a job so that she could provide for us at a basic level.”

Dore would remain in Haiti for the first three years of his life, where his first language would become Haitian Creole. But you wouldn’t detect a hint of an accent talking to him today at the age of 23.

Dore’s mom eventually found a job. She was only earning minimum wage at a hospital, but it was enough to get the wheels in motion to bring her son home.

“She was in a position to provide food, electricity and shelter for us. That’s why I came back,” said Dore, adding that he doesn’t remember much of Haiti with the exception of the plane ride home. “That’s where my memories start,” he said. Perhaps it was somewhere over the Caribbean that young Dore’s dreams began to form.

When he got back to Florida, Dore was able to meet his mom for what felt like the first time for him. He also met his brothers and sisters for the first time ever. He explained how at this point, his mom was still getting adjusted to life in America as an adult immigrant. 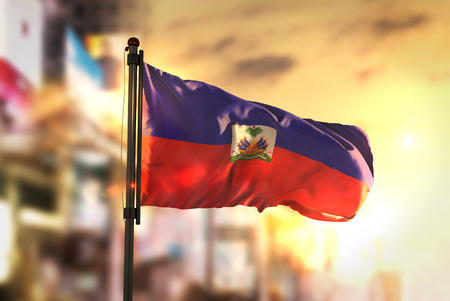 “There were a lot of things that I went through as a kid to this point that she couldn’t give me guidance on. She simply didn’t have that experience. That brought a challenge,” he said. Little did he know that these obstacles would help shape him into the resilient person and successful MCA broker he is today.

While getting used to the American culture was a challenge, something that his mother never lost sight of was the importance of education. “She was very big into education,” he said. Dore’s mom discovered Head Start, a government subsidized program that provided a pre-school education for families who couldn’t otherwise afford it. That was where it would all begin for Dore, and come hell or high water his mother was going to enroll him. Without the luxury of an air-conditioned vehicle to drive in the hot Florida heat, the pair set off on foot to sign up. Some 12-15 blocks later they arrived.

“Both of us were sweating bullets. She didn’t know it, but there was a small registration fee. At the time, she didn’t have it,” Dore explained. It was then that fate seems to have stepped in in the form of the woman who was handling registration. She pulled the pair aside and told them that after witnessing the dedication that this mother had toward her son, she was going to waive the fee. In return she only asked that they keep it on the down low.

“That small gesture made a dramatic difference in my life,” Dore said. “If I was not able to attend, I wouldn’t start school until I was seven or 10 years’ old. That was a very important moment in my life.”

Indeed, it was, as it would set in motion a series of events that would lead Dore to where he is today, a successful MCA broker at Cresthill Capital. But before he would join the firm, there were still more hardships waiting for him, not the least of which was the death of a friend in his teenage years. “That could have been me,” Dore exclaimed.

For the average person, life’s setbacks could have held them down forever. For Dore, they seem only to have propelled him further. “The reason why I stayed out of trouble was I was in school and my mother kept us grounded,” he said.

During his teenage years, Dore and his family lived in an apartment complex in a neighborhood of immigrant Haitians where he said the median income was $25,000 to $30,000 per year. He shared a room with his brothers and sisters. 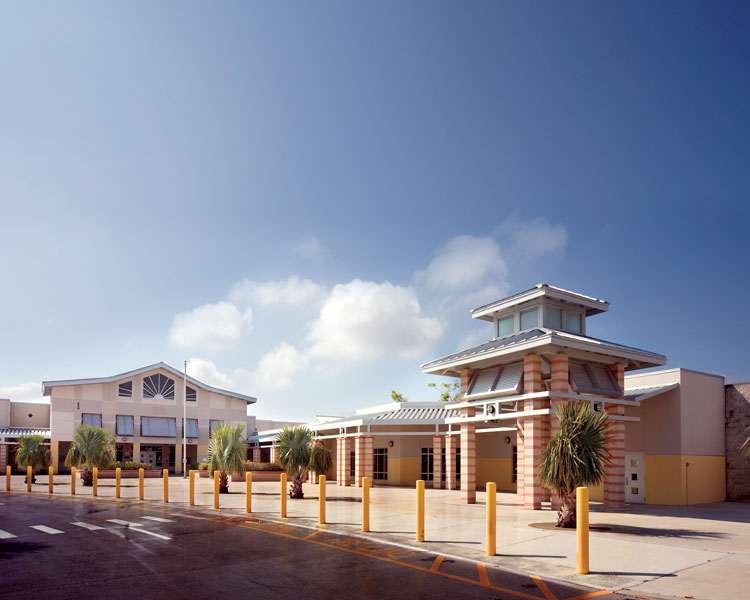 “I focused on athletics,” he said, adding: “That’s where I got my competitive nature. Also, my thick skin,” both of which, incidentally, are characteristics that would serve him well as a broker later in life.

While he excelled at basketball at his Boca Raton high school, Dore wouldn’t be able to pursue those dreams for long. He and his family would be uprooted from their home time and time again amid landlord trouble. This series of setbacks, which involved him sleeping on his brother’s couch for a time, instilled a sense of maturity in Dore at a very young age.

He had a few Division II and Division III offers to play basketball in other states, but he turned them down. Instead of chasing his own dreams, Dore decided to focus on business and find a way to sustain and support his family “Once I graduated, I was not interested in basketball. I wanted to finish college,” said Dore, and lucky for the MCA industry he had his sights set on the field of finance.

After High School, the first thing that Dore did was to go online and look for a job. As it so happens, the first ad he saw was at a stock brokerage in Boca Raton. “That’s where I started, in phone sales. I didn’t have a Series 7 license at the time. I was just calling from the Yellow Pages. Once I got someone on the phone, I would transfer the call to someone who had a license,” he explained.

This went on for a couple of months until he heard about a startup company in nearby Delray Beach. “At the time, they were prospecting merchants. That’s how I got into the industry,” he said. 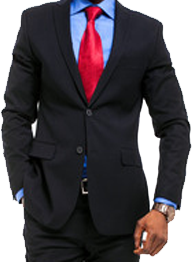 His first job in the MCA niche was with a very small ISO shop. But it was there that he would make a connection to change the course of his career. He was working on a deal that was hard to place and was only getting rejections. That is until he came across Mike Daniels, Cresthill’s No. 1 producer.

“I couldn’t get the deal done anywhere else. The merchant was getting frustrated with the process. I heard of a company that takes chances on merchants with imperfect credit,” he said. That funder was Cresthill Capital. Little did he know at the time, but they would eventually become his employer.

He sent the merchant file over to Daniels, who then reached out to the merchant and got the deal funded. It was at that point, Dore said, that he started to fall in love with Cresthill “because of how [Daniels] was able to treat the merchant with respect and get the deal done.”

For the next six months, Dore would proceed to trust all of his business with Cresthill. He was still employed by the small ISO shop, but he began to outgrow his environment and long for a platform that allowed him to explore his talent and excel. But his pursuit only left him frustrated and thinking about leaving the MCA industry, something he confided in Cresthill Capital’s Daniels, who was turning into a mentor, about.

It was at this point in his life and career that instead of being the rock, Dore needed to lean on someone else. Daniels and Cresthill Capital were there for him. He was invited in for an interview, and as they say the rest is history.

“I was shocked at how diverse the workforce is. There were different types of people with different backgrounds. I liked it right off the bat. And then everyone was very friendly to me from the moment I walked in,” he said. He was greeted at the front door by Cresthill Capital’s Mike Marano, who then proceeded to interview him. 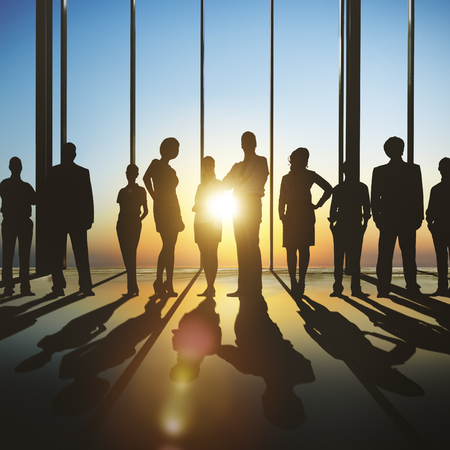 “I’ve actually interviewed and sat with every single person at my company and hired them personally. What I can say about Lerry is that from the moment I looked at his face and saw his eyes, I knew intuitively that he was a good person. And responsible. I had no idea how deep of a person he was, how much humanity he would show. He was a willing student, and we were happy to teach him. And he continues to soak it up like a sponge,” Marano told deBanked.

Dore was convinced Cresthill Capital was the right place for him when Marano insisted that Dore stay in school and continue his education. “They said, ‘we will work around your schedule,’ and that really drew me in,” he said, adding that the dog-friendly environment was a bonus.

Dore has been employed by Cresthill Capital for the past 18 months and is graduating from college this week. He is not only supporting himself, but he’s the highest earner in his family, which has allowed him to help support them.

As if on cue from the mystery lady that paid his school tuition when he was just a child, Dore is now interested in paying it forward in life. He said that similar to how Cresthill Capital is involved with philanthropy, he’d like to give back to the community. But his vision goes beyond his neighborhood.

“I want to help kids that are similar to me, who are in programs that try to help them excel in this country. I want at some point to work with immigrants that come in from Haiti and work with them to give them a platform, like the lady who gave us a chance,” said Dore.

Since the Haiti earthquake, his extended family has relocated north to Canada. “But I still feel to some degree a responsibility to try and help out the people in that country and the ones who come here through immigration,” he said.

As for Marano, he said all Dore needs to do is exactly what he’s been doing. “When he leaves me, he won’t have to work again. But knowing this kid, he probably will anyway,” Marano said.