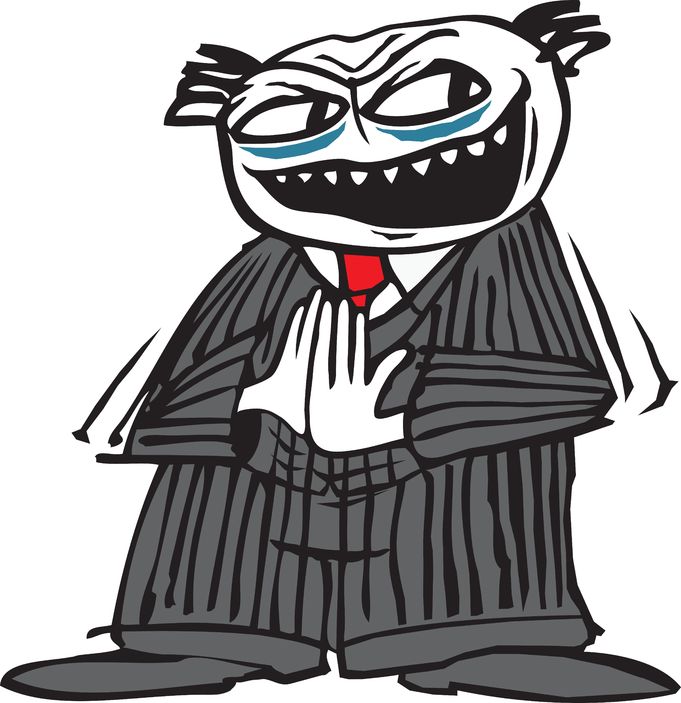 ISOs and brokers referring deals to debt settlement companies should pay attention to a lawsuit that was filed in the New York Supreme Court on Wednesday. In it, plaintiffs Yellowstone Capital and EBF Partners (“Everest Business Funding”) allege that certain ISOs are culpable partners in a scam that nefarious debt settlement companies are perpetrating on small businesses.

Among the named defendants are:

Several defendants are already best known for running an office “so sexually aggressive, morally repulsive, and unlawfully hostile that it is rivaled only by the businesses portrayed in the films ‘Boiler Room’ and ‘The Wolf of Wall Street,’” according to a salacious story that graced the back cover of the New York Post last month.

One paragraph of the complaint summarizes the allegedly collaborative scheme like this:

American Funding, Coast to Coast, […] (the “ISO Defendants”) are independent sales organizations (“ISOs”), companies that ostensibly support the merchant cash advance industry by brokering merchant agreements for companies like Plaintiffs. The ISO Defendants are anything but the proverbial “honest brokers.” As alleged below, they have partnered with companies that purport to offer debt relief services to merchants who have agreements with merchant cash advance companies like Plaintiffs. In practice, for these companies, “debt relief” is a code word for deceiving merchants to breach their existing agreements with Plaintiffs and to instead pay fees to these debt relief entities. In short, they scam merchants into believing that they can save them money when, in fact, they leave these merchants in financial shambles, while causing Plaintiffs to suffer millions of dollars in losses and future los[t] profits. 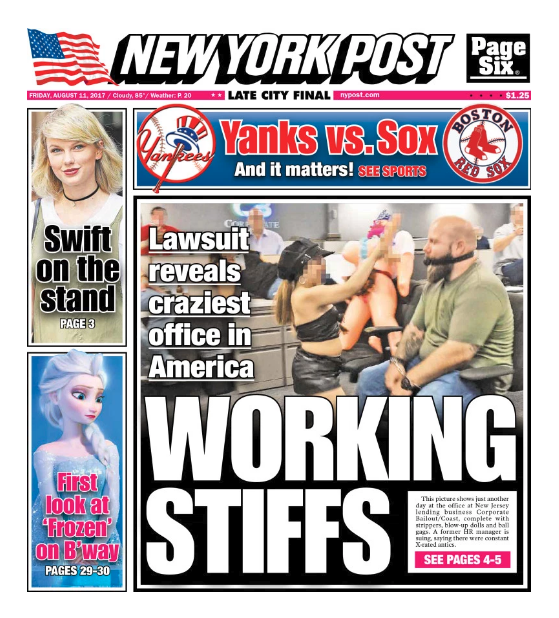 Back cover of the NY Post on August 11th, 2017 that showed a scandalous photo taken at the office of American Funding Group and Corporate Bailout

The complaint was prepared and filed by attorneys at Proskauer, a 142-year old law firm founded in New York City.

The small business debt relief industry has been marred by scandal in recent years. In an unrelated criminal matter being handled in the Western District of New York, the owner of Corporate Restructure Inc. (no ties to Corporate Bailout) is currently residing in the Niagara County Jail awaiting trial on charges of conspiracy to commit mail fraud, wire fraud, bank fraud and money laundering for failing to deliver the debt relief services it charged for. In that case, United States vs. Sergiy Bezrukov, Bezrukov advertised that he could reduce a merchant’s short term debt by up to 75%. He is facing up to 30 years in prison. He was also previously a merchant cash advance ISO.

Two other MCA funding companies, Pearl Gamma Funding and Pearl Beta Funding, filed a lawsuit last November against another debt relief company that calls itself Creditors Relief. The complaint in that case also alleges tortious interference with contract and is still pending.

Both Yellowstone Capital and Everest would not comment on the lawsuit they filed, citing pending litigation. Sources close to them, however, contend that both companies take matters that involve merchants being taken advantage of very seriously.

“When our own ISOs work directly in concert with companies that induce merchants to breach our contracts, that’s a problem,” said one source who did not wish to be named and was speaking generally about the recent introduction of debt relief service companies to the industry. “They’re taking advantage of businesses that can’t afford to be taken advantage of.”

An email sent by deBanked to Mark Mancino early Thursday afternoon, an individually-named defendant alleged to be affiliated with the other defendants, has not yet received a response. This story may be updated if a reply is received.

A COPY OF THE COMPLAINT CAN BE VIEWED HERE. 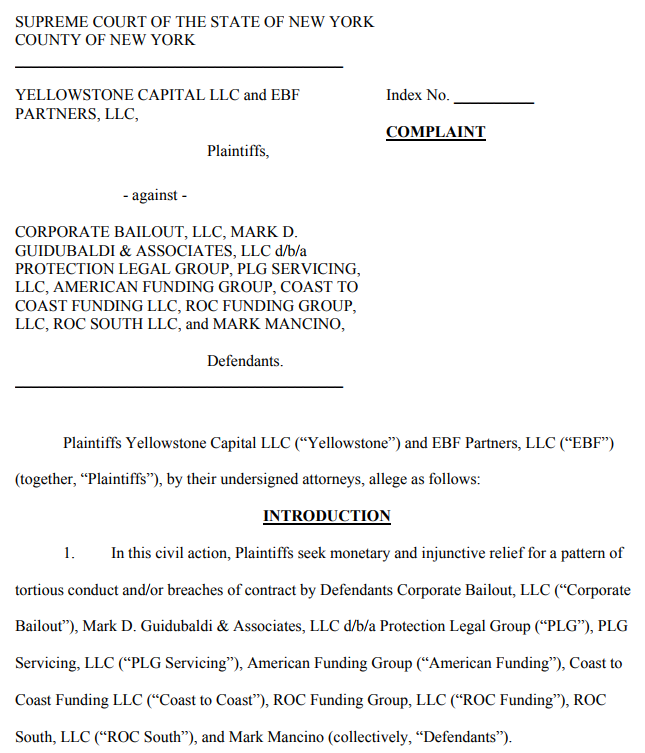