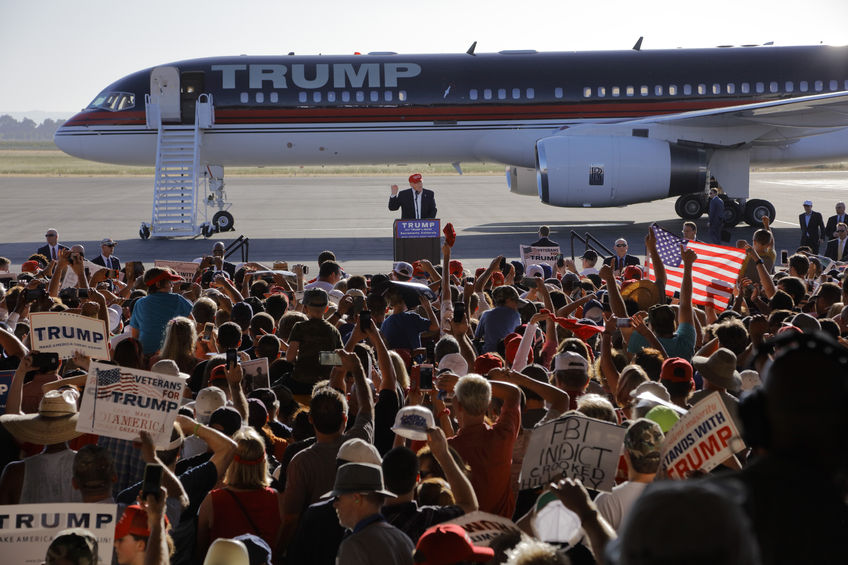 The signs were there, surveys showed, at least a few that deBanked made reference to back in August. Small business owners felt Trump had their best interests at heart by a 2 to 1 margin over those who felt that about Clinton, according to a Capify survey.

Taxes ranked among their biggest concerns, with 20% of business owners ranking taxes as the single most important problem facing their business, according to a survey conducted by the National Federation of Independent Business. And Trump was in tune to that.

“Under my plan, no American company will pay more than 15% of their business income in taxes,” Trump said in Detroit on August 8th. He’s also proposed a moratorium on new financial regulations.

But up on the hill, the chatter over the last few months among the political establishment, including republicans, has been one of uncertainty. No one has been able to ascertain for sure what Trump’s positions would actually be or what agenda he’d actually set. And this wildcard status is probably what helped him win the election in the first place.

On his website however, Trump says that “we will no longer regulate our companies and our jobs out of existence,” and that he’ll “issue a temporary moratorium on new agency regulations that are not compelled by Congress or public safety in order to give our American companies the certainty they need to reinvest in our community, get cash off of the sidelines, start hiring again, and expanding businesses.”

That may be good news for the fintech industry which has grown increasingly concerned and preoccupied with potential regulatory changes. One potential conflict could arise with the CFPB, however, which has argued that its own executive branch authority operates outside the scope of the President of the United States.

In October, the United States Court of Appeals for the District of Columbia Circuit, ruled that the CFPB’s power structure violated Article II of the Constitution.

It’s too early to tell what Trump will really do and we’ll likely learn more about his goals over the next few months. Until then, prepare to Make The Industry Great Again…