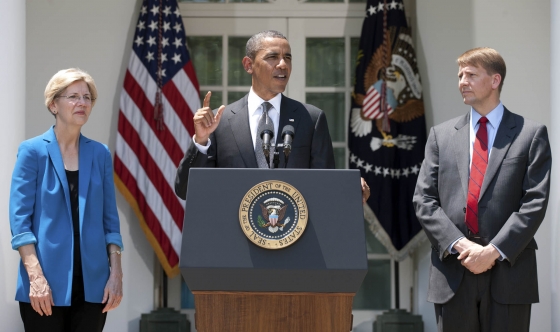 The CFPB does not agree with the D.C. Circuit’s ruling that its leadership structure is unconstitutional, according to a reply filed in a separate case in the District of North Dakota. Believing itself constitutionally exempt from oversight by the President of the United States and any checks on its power whatsoever, the CFPB argued that the D.C. Circuit “based its decision on (a) the lack of sufficient historical precedent for the Bureau’s structure, and (b) a policy judgment that multi-member commissions are superior to single agency heads.”

It also suggested that it will be appealing the decision to the U.S. Supreme Court.

Remarkably, the D.C. Circuit Court’s ruling did not even call for the CFPB to be dismantled or have its funding reassigned to Congress, but instead ordered that it fall into line with the structure of other executive agencies where a reasonable system of checks and balances be implemented at the top. As originally created, CFPB Director Cordray was granted unilateral power that neither his agency colleagues or the President of the United States could check. Now, the CFPB appears unwilling to cede such authority.

“The CFPB’s concentration of enormous executive power in a single, unaccountable, unchecked Director not only departs from settled historical practice, but also poses a far greater risk of arbitrary decision-making and abuse of power, and a far greater threat to individual liberty, than does a multi-member independent agency,” the D.C. Circuit Court asserted.

Despite that, in CFPB v. Intercept Corporation, et al., the CFPB argued that “decision was wrongly decided and is not likely to withstand further review.”