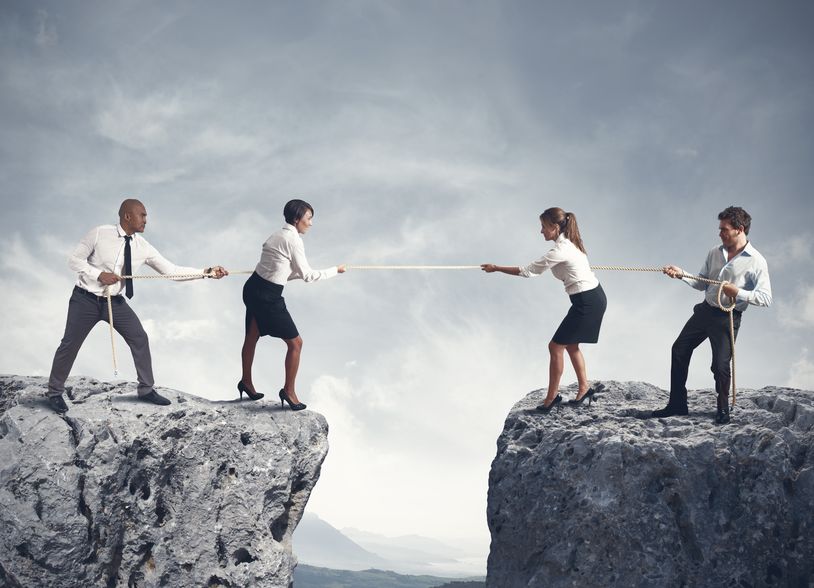 Give a small business two options, a low APR 3-year business loan and a short term loan with a high factor rate, and you’ll find advocates for each product arguing over which is better and why. We’ve been led to believe that it’s one versus the other, that one is good and one is bad, and that’s all there is to the story. Entire business models have been developed along the lines of this thinking, algorithms deployed and merchants funded, along with narratives framed in the mainstream media about why one system is superior to others.

But to hear the men and women in the phone rooms tell it, when given a choice between one funding option or the other, small businesses are often choosing both at the same time. Reuters said that stacking is the latest threat to online lenders, and in many ways they’re right. The practice isn’t new of course, the tendency for merchants to take on multiple layers of capital (often times in breach of other contracts) has been a central cause of tension between funding companies for the last few years. But the reason the story is bubbling over into traditional news media now as the latest threat, is because opponents of stacking assumed that the practice would be eradicated by now. There was this false sense of hope that government agents in black suits would show up one day unannounced after hearing that a merchant had taken a third advance or loan despite having not yet satisfied the obligations of the previous two. And when that didn’t happen, some of the models heralded as better for the merchant started to show cracks. What happens to the forecasts when the merchants priced ever so perfectly for a low rate long term loan go and take three or four short term loans almost immediately after? Back in October, Capify CEO David Goldin argued that long dated receivables were already dangerous to a lender regardless because the economy could turn south. “You’re done. You’re dead. You can’t save those boats. They are too far out to sea,” he told deBanked.

When it comes to disruption, nothing has changed the game as much as stacking, and companies must prepare for the likelihood that it could be around forever. That means forming a long-term business model that is equipped to deal with this practice. Several lawsuits have been waged in an attempt to generate case law to deter it, including one filed last year in Delaware by RapidAdvance against a rival. Patrick Siegfried, assistant general counsel of RapidAdvance told the Wall Street Journal last fall, “we’re doing it to establish the precedent,” he said. “This kind of thing is happening more and more.” At the time, a motion to dismiss the case entirely was pending. RapidAdvance since won that motion but only by a hair and with a judge that was very reluctant to move the case forward.

Last October, MyBusinessLoan.com, LLC, also known as Dealstruck, sued five companies at once, a mix of lenders and merchant cash advance companies after one of their borrowers defaulted, allegedly because of actions carried out by the co-defendants. They were greeted with several motions to dismiss for failure to state a claim.

Even if these funding companies don’t win, simply letting the world know that they’ll sue rivals for stacking can act as a deterrent. But it’s an expensive tactic, especially when some defendants are more than happy to litigate the claims. Litigation is definitely an underrated cost of doing business for online lenders and merchant cash advance companies. In one recent case, a merchant challenged the legitimacy of a contract with Platinum Rapid Funding Group, a company whom they sold a portion of their future receivables to. The merchant asked the judge to recharacterize the contract to a loan so that they could try to use a criminal usury defense. The judge refused in a well-written decision that called the merchant’s attempt to do that “unwarranted speculation.” But even with the precedent of a favorable ruling, countless merchants have attempted to come up with strategies to wriggle their way out of their agreements, sometimes with ample legal counsel at their side.

Stacking has become a cost of doing business, but something else is creeping in as well. An entire cottage industry of “debt negotiators” has set their sights on online lenders and merchant cash advance companies, and at times these self-professed business experts don’t even realize there’s a difference between the two. One MCA funder told debanked earlier this week that a merchant in default claimed to be represented by Second Wind Consultants, a debt restructuring firm that lists one Don Todrin as the CEO on their website. Not mentioned among Todrin’s accolades is that he is a disbarred attorney who pled guilty to federal bank fraud charges in 1994, according to an old report by the Boston Globe, after he filed at least nine false financial statements to acquire $1.4 million in loans.

Another purported debt negotiation firm, who has the irked the ire of merchant cash advance companies, is apparently trying to assert affiliation to a native American tribe and invoke tribal immunity in response to lawsuits against them, according to court filings in New York State.

And only three weeks ago, an attempted class action against a merchant cash advance company failed because each named class representative had waived its right to participate in a class action in exchange for business financing. The initial action, before being moved to federal court, was brought by a merchant represented by an attorney who had just been reinstated to practice law, following a long suspension for pleading guilty to identity theft.

On top of it all, there are merchants themselves that act in bad faith, with some preying on the perceived vulnerabilities of an online-only experience. In the November/December 2015 issue of deBanked Magazine, attorney Jamie Polon said some applicants don’t even own businesses at all, they just pretend to. “They’re not just fudging numbers – they’re fudging contact information,” he told deBanked. “It’s a pure bait and switch. There wasn’t even a company. It’s a scheme and it’s stealing money.”

Weeding out bad merchants is a job for the underwriting department but for the good merchants seemingly deserving of those 3-5 year loan programs, the future is not as easy to predict as it once was. They might stack regardless, no matter how favorable the terms are. And given that government agent ninjas aren’t likely to drop down from the sky to stop them any time soon, many funding companies are faced with hard choices. Are the initial forecasts still valid? Is it economically feasible to turn the client away for additional funds because they breached their original agreement, all while the cost to acquire that customer in the first place was really high? Do you sue your rivals, make them look bad in the press, or lobby for regulations that will hurt them? How do you handle the new breed of debt negotiators who use the same UCC lead lists as lenders and brokers?

Sure, things like marketing costs are going up and the capital markets are less inviting than they used to be. But once loans and deals are funded, making sure those agreements are lived up to can take time, resources, and undoubtedly a lot of lawyers. And realistically, these issues aren’t likely to change any time soon. Help, in whatever relief form some are hoping for, is not on the way. How’s that for disruption?