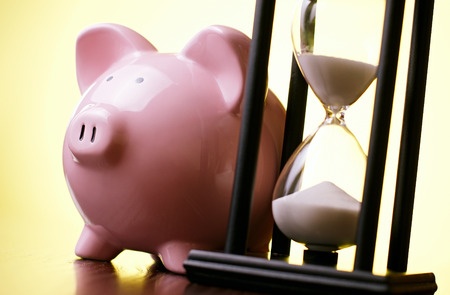 The working capital business is a very different animal now than it was a decade or so ago when many of today’s established players were just starting out.

“At that time, the industry was a bunch of cowboys. It was an opportunistic industry of very small players,” says Andy Reiser, chairman and chief executive of Strategic Funding Source Inc., a New York-based alternative funder that’s been in business since 2006. “The industry has gone from this cottage industry to a professionally managed industry.”

Indeed, the alternative funding industry for small businesses has grown by leaps and bounds over the past decade. To put it in perspective, more than $11 billion out of a total $150 billion in profits is at risk to leave the banking system over the next five plus years to marketplace lenders, according to a March research report by Goldman Sachs. The proliferation of non-bank funders has taken such a huge toll on traditional lenders that in his annual letter to shareholders, J.P. Morgan Chase & Co. chief executive officer Jamie Dimon warned that “Silicon Valley is coming” and that online lenders in particular “are very good at reducing the ‘pain points’ in that they can make loans in minutes, which might take banks weeks.”

The burgeoning growth of alternative providers is certainly driving banks to rethink how they do business. But increased competition is also having a profound effect on more seasoned alternative funders as well. One of the latest threats to their livelihood is from fintech companies, like Lendio and Fundera,for example, that are using technology to drive efficiency and gaining market share with small businesses in the process.

“Established lenders who want to effectively compete against the new entrants will need to automate as much decisioning as possible, diversify acquisition sources and ensure sufficient growth capital as a means to capture as much market share as possible over the next 12 to 18 months,” says Kim Anderson, chief executive of Longitude Partners, a Tampa-based strategy consulting firm for specialty finance firms.

Of course, there is truth to the adage that age breeds wisdom. Established players understand the market, have a proven track record and have years of data to back up their underwriting decisions. At the same time, however, experience isn’t the only factor that can ensure a company will continue to thrive over the long haul.

WORKING TOWARD THE FUTURE

Indeed, established players have a strong understanding of what they are up against—that they can’t afford to live in the glory of the past if they want to survive far into the future.

“With every business you have to reinvent yourself all the time. That’s what a successful business is about,” says Reiser of Strategic Funding. “You see so many businesses over the years that didn’t reinvent themselves, and that’s why they’re not around.”

“IF YOU’RE NOT CONSTANTLY INNOVATING YOU’RE IN TROUBLE,” SAID GOLDIN, CEO OF CAPIFY

Strategic Funding has gone through a number of changes since Reiser, a former investment banker, founded it with six employees. The company, which has grown to around 165 employees, now has regional offices in Virginia, Washington and Florida and has funded roughly $1 billion in loans and cash advances for small to mid-sized businesses since its inception.

One of the ways Strategic Funding has tried to distinguish itself is through its Colonial Funding Network, which was launched in early 2009. CFN is Strategic Funding’s secure servicing platform which enables other companies who provide merchant cash advances, business loans and factoring to “white label” Strategic Funding’s technology and reporting systems to operate their businesses.

“When you’re in a commodity-driven business, you have to find something to differentiate yourself,” Reiser says.

FINDING WAYS TO BE DIFFERENT

That’s exactly what Stephen Sheinbaum, founder of Bizfi (formerly Merchant Cash and Capital) in New York, has tried to do over the years. When the company was founded in 2005, it was solely a funding business. But over the years, it has grown to around 170 employees and has become multi-faceted, adding a greater amount of technology and a direct sales force. Since inception, the Bizfi family of companies has originated more than $1.2 billion in funding to about 24,000 business owners. 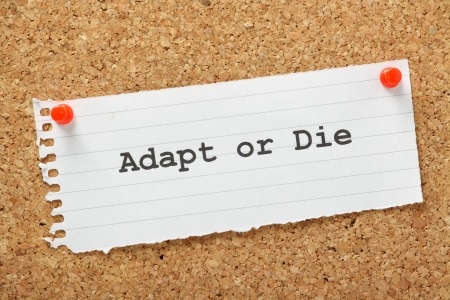 Earlier this year, the company launched Bizfi, a connected online marketplace designed specifically to help small businesses compare funding options from different sources of capital and get funded within days. Current lenders on the platform include Fundation, OnDeck, Funding Circle, CAN Capital, SBA lender SmartBiz, as well as financing from Bizfi itself. Financing options on the platform include short-term funding, equipment financing, A/R financing, SBA loans and medium term loans.

Sheinbaum credits newer entrants for continually coming up with new technology that’s better and faster and keeping more established funders on their toes.

“If you don’t adapt, you die,” he says. “Change is the one constant that you face as a business owner.”

David Goldin, chief executive of Capify, a New York-based funder, has a similar outlook, noting that the moment his company comes out with a new idea, it has to come up with another one. “If you’re not constantly innovating you’re in trouble,” he says. “It’s a 24/7 global job.”

Capify, which was known as AmeriMerchant until July, was founded by Goldin in 2002 as a credit card processing ISO. In 2003, the company began focusing all of its efforts on merchant cash advances. Four years later, the company made its first international foray by opening an office in Toronto. The company continued to expand its international presence by opening up offices in the United Kingdom and Australia in 2008. The company now has more than 200 employees globally and hopes to be around 300 or more in the next 12 months, Goldin says. The company has funded about $500 million in business loans and MCAs to date, adjusted for currency rates.

THE CULTURE OF CHANGE

Five or six years ago, Capify’s main competitors were other MCA companies. Now the competition primarily comes from fintech players, and to keep pace Capify has made certain changes in the way it operates. From a human resources standpoint, for instance, Capify switched from business casual attire to casual dress in the office. The company has also been doing more employee-bonding events to make sure morale remains high as new people join the ranks. “We’ve been in hyper-growth mode,” he says.

CAN Capital in New York, another player in the alternative small business finance space with many years of experience under its belt, has also grown significantly (and changed its name several times) since its inception in 1998. The company which began with a handful of employees now has about 450 and has offices in NYC, Georgia, Salt Lake City and Costa Rica. For the first 13 years, the company focused mostly on MCA. Now its business loan product accounts for a larger chunk of its origination dollars.

This year, the company reached the significant milestone of providing small businesses with access to more than $5 billion of working capital, more than any other company in the space. To date, CAN Capital has facilitated the funding of more than 160,000 small businesses in more than 540 unique industries.

Throughout its metamorphosis to what it is today, the company has put into place more formalized processes and procedures. At the same time, the company has tried very hard to maintain its entrepreneurial spirit, says Daniel DeMeo, chief executive of CAN Capital.

One of the challenges established companies face as they grow is to not become so rule-driven that they lose their ability to be flexible. After all, you still need to take calculated risk in order to realize your full potential, he explains. “It’s about accepting failure and stretching and testing enough that there are more wins than there are losses,” says DeMeo who joined the company in March 2010.

As the industry continues to grow and new alternative funders enter the marketplace, experience provides a comfort level for many established players.

“The benefit we have that newcomers don’t have is 10 years of data and an understanding of what works and what doesn’t work,” says Reiser of Strategic Funding. With the benefit of experience, Reiser says his company is in a better position to make smarter underwriting decisions. “There are many industries we funded years back that we wouldn’t touch today for a variety of reasons,” he says.

Experienced players like to see themselves as role models for new entrants and say newcomers can learn a lot from their collective experiences, both good and bad. Noting the power of hindsight, Reiser of Strategic Funding strongly advises newcomers to look at what made others in the business successful and internalize these best practices.

One of the dangers he sees is with new companies who think their technology is the key to long-term survival. “Technology alone won’t do it because that too will become a commodity in time,” he says.

“We look at the data as a tool to help us make decisions. But it’s not the absolute answer,” Reiser says. “We are a combination of human insight and technology. I think in business you need human insight.”

Seasoned alternative funding companies also say that newbies need to implement strong underwritingcontrols that will enable them to weather both up and down markets.

The vast majority of newcomers have never experienced a downturn like the 2008 Financial Crisis, which is where seasoned alternative financing companies say they have a leg up. Until you’ve lived through down cycles, you’re not as focused as protecting against the next one, notes Sheinbaum of Bizfi. “Every 10 years or 15 years or so, there seems to be a systemic crisis. It passes. You just have to be ready for it,” he says.

Goldin of Capify believes that many of today’s start-ups don’t understand underwriting and are throwing money at every business that comes their way instead of taking a more cautious approach. As a funder that has lived through a down market cycle, he’s more circumspect about long-term risk. 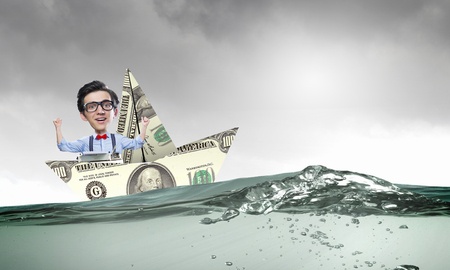 One of the biggest problems he sees is funders who write paper that goes two or three years out. His company is only willing to go out a maximum of 15 months for its loan product, which he believes is s a more prudent approach. He questions what will happen when the economy turns south—as it eventually will—and funders are stuck with long dated receivables. “You’re done. You’re dead. You can’t save those boats. They are too far out to sea,” Goldin says.

Having a solid capital base is also a key to long-term success, according to veteran funders. Many of the upstarts don’t have an established track record and need to raise equity capital just to stay afloat—an obstacle many long-time funders have already overcome.

Goldin of Capify believes that over time consolidation will swallow up many of the newbies who don’t have a good handle on their business. Hethinks these companies will eventually be shuttered by margin compression and defaults. “It can’t last like this forever,” he says.

In the meantime, competition for small business customers continues to be fierce, which in turn helps keep seasoned players focused on being at the top of their game. Getting too comfortable or complacent isn’t the answer, notes DeMeo of CAN Capital. Instead, established funders should seek to better understand the competition and hopefully surpass it. “Competition should make you stronger if you react to it properly,” he says.