Generating Leads and Acquiring Borrowers Not Easy in Business Lending 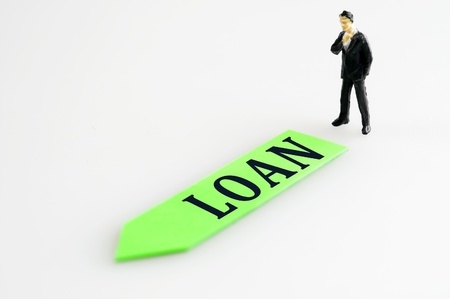 “Banks are almost always losing money on small business lending,” said Manish Mohnot, TD Bank’s Head of Small Business Lending, on a panel at the AltLend conference in New York City. It’s a loss leader within the small business segment, he explained, because banks want to bring in deposits.

It’s a conundrum few outside banking think about. When consumers and businesses picture banks, they might think of loans, but when banks think of consumers and businesses, they think of deposits. The sentiment amongst the experts at AltLend was that traditional banks and alternative business lenders were not competing with each other for the same customers because each party was after a different objective.

And even when banks think about loans, because obviously they do, they just don’t approach them the way that alternative business lenders do. To that end, ApplePie Capital CEO Denise Thomas said, “Most community banks are looking to make loans backed by an asset. They just don’t want to underwrite [loans] one by one under a million dollars.”

Bankers are genuinely surprised by how alternative lenders subjectively or manually approach business loans, a subject covered just yesterday here on deBanked. Charles Green, the Managing Director of the Small Business Finance Institute and moderator of the New Pioneers panel said he never saw banks use bank transaction history to make underwriting decisions in his 35 years of banking.

The factors paraded as being more important above everything else in alternative lending today have apparently been non-factors in traditional lending for years. “There is no substitute for banking information when reviewing a client for approval,” said Andrew Hernandez, a co-founder of Central Diligence Group, in Do Bank Statements Matter in Lending? Business Lenders and Consumer Lenders Disagree. These kind of statements are mind-blowing in traditional lending circles.

Nevertheless, banks watch in awe as alternative lenders not only make small commercial loans, but do it profitably. But how they source borrowers isn’t rocket science. Jim Salters, the CEO of The Business Backer pointed out that some alternative lenders are marketing on a large scale by running TV or radio commercials. But that level of investment isn’t for everyone, especially younger companies.

“Direct mail isn’t sexy, but it converts,” said Candace Klein, the Chief Strategy Officer of Dealstruck. She also said that her company is doing radio advertising.

Matt Patterson of Expansion Capital Group is well versed in digital marketing and incorporates SEO and online paid advertising such as Facebook in his strategy. There’s a difference in the conversion rate in advertising on Facebook versus something like Google, he explained. On Google, business owners are looking for something whereas on Facebook they stumble across it.

Everyone agreed that Pay-Per-Click marketing such as Google Adwords was very expensive in this competitive landscape. 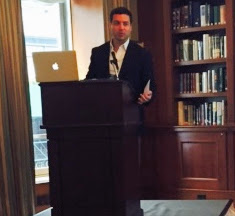 Jim Salters, CEO of The Business Backer
But where can funders and lenders reliably turn to acquire deal flow cost effectively? Salters revealed the industry’s worst kept secret, brokers. The Business Backer acquires about half of its volume from brokers and the other half directly, according to Salters.

“The broker channel is one of the most cost effective channels for us,” said Klein, who would not say on the record exactly how much of Dealstruck’s total business was from brokers.

Patterson agreed with the favorable ROI of using brokers, but saw benefits to communicating with small businesses directly. “Everything about that relationship is better when you’re talking directly to that merchant,” he said. And yet, “our direct leads convert much lower than our broker leads will,” he added.

The panelists generally agreed that this was because brokers have essentially already gathered the documents and closed the deal by the time the lender or funder is finally seeing it.

But aren’t brokers and humans the antithesis of tech-based lending?

Brett Baris, the CEO of up-and-coming lender Credibility Capital said, “We were actually a little surprised by how much a human is needed.” Baris’ company acquires most of its leads through a partnership it has with Dun & Bradstreet. Most of their borrowers are prime credit quality.

“The human element is very important to get the higher quality borrowers to the finish line,” Baris noted. TD’s Mohnot was not surprised. For applicants doing $5 million to $6 million a year in revenue, they want somebody to walk them through the loan process, he opined.

“Merchants love talking to people,” Patterson said. “Some of that comes from the frustration of calling their bank and not being able to talk to people.”

But would that mean the assumptions about automation are wrong? Not quite, explained Mohnot. It’s the younger business owners who have the impulse desire to do things fast or online, he said.

And Klein said that observing merchant behavior at least at her company has shown that those all too eager to apply for a loan in an automated online fashion are typically looking for smaller amounts like $20,000 to $40,000. Meanwhile Dealstruck’s loan minimum is $50,000.

Not everyone is as fortunate as Baris, who is able to generate leads through the trust inherent in a conversation that originated with a D&B rep, but real actual bank declines are making their way to alternative lenders. They’re not the holy grail that everyone thinks they would be though.

“Conversions tend to be lower from bank leads because they’re expecting 6% and are insulted when they hear [a higher %],” said Klein. And Salters who refers to his company as a “turndown partner of choice for upstream lenders,” shared how hard it is for a bank to partner with an alternative lender in the first place. Years ago, banks were aghast by his hands-on, manual underwriting approach that he felt was his company’s core competency. The banks were afraid their regulators would freak out over something so subjective.

And yet Merchant Cash and Capital’s founder, Stephen Sheinbaum and Credit Junction’s CEO Michael Finkelstein both told an audience that they saw banks as collaborative partners.

Meanwhile, Dealstruck actually has a graduation system where merchants graduate out of their loan program and become eligible for a real bank loan. Klein explained that a small business could be referred to them by the bank and then after a couple of years of good history, they’ll refer it back to them.

The acquisition secret however seems to be in finding your strength. ApplePie is focused exclusively on franchises. Expansion Capital Group has formed relationships with several trade organizations. Credibility Capital goes hand-in-hand with D&B.

Still, there is no doubt that the broker channel is alluring, but it can be a slippery slope. Raiseworks CEO Gary Chodes cautioned that “brokers are incentivized to follow the money.” Klein also expressed concern. She knows firsthand how challenging brokers can be since she’s had to terminate some in the past for bad behavior.

“Transparency is extremely important,” Finkelstein proclaimed in regards to the customer experience. This means that lenders can’t simply work off the ROI metric alone. But that ROI is the envy of banks nationwide.

Banks want to refer their clients to alternative lenders because if they get approved, then the lender is going to deposit those funds at their bank, Mohnot alluded.

It would seem that there is not one particular methodology that works better than all the others to acquire a borrower and that’s okay. Alternative lenders struggling to maximize their ROI can take comfort in the fact that banks, with all the resources they have at their disposal, accepted a long time ago that it was impossible to even make money at all in small business lending.

If you’re at least in the black, you’re probably doing just fine…