For all the talk that technology is changing the way people lend and borrow, the commercial side appears stubbornly reluctant to relinquish control to algorithms. At the AltLend conference in NYC, business lenders and merchant cash advance companies alike were mostly united on the idea that somebody needs to be double checking the computers. 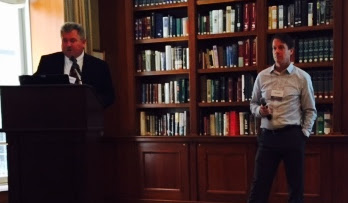 “I like eyes on a deal,” said Orion First Financial CEO David Schaefer. He discussed why an entirely manual underwriting process had weaknesses however through an experiment he conducted years ago when he sent the same deal to six underwriters. “Three said yes and three said no,” he explained.

Like most of the others that spoke on the topic, Schaefer was in favor of a scoring model and he believes an automated underwriting system creates consistency when assessing risk. He was steadfast in his assertion though that humans had to be the last line of defense in fraud detection.

“We’ve got guarantors that have nothing to do with the business,” he said, offering an example of an applicant that was more than 80-years old, yet was passing themselves off as a hands-on construction worker.

“I’m still a big believer in the review and subjectivity,” he concluded.

“We have an experienced underwriter sitting there and calling every borrower that we give money to,” he added.

Mookherje said that their borrower profile differs from those that tend to use merchant cash advances. For instance, their average client has been in business for 10 years, does $2.2 million in annual revenue, and has 700 FICO. They also offer 1-5 year loans, where as merchant cash advance transactions tend to be satisfied in under twelve months.

“If you need money in an hour, we’re not the right place for you,” Mookherje stated.

Funding Circle’s reliance on manual reviews may have to do with the loan terms being extended so long. Even Schaefer had said earlier, “I think it’s a lot easier to determine the behavior of a loan that’s less than twelve months as opposed to one that’s sixty months.”

But do other companies feel differently? Kabbage’s Alan Reeves said that 95% of their customers are 100% automated since there are merchants who get stuck trying to connect their bank account in the online application process.

When Kabbage was asked over a year ago how much of a role computers should play in the underwriting of a deal, COO Kathryn Petralia responded, “Huge.” She also went on to say then that, “it is not going to be like the “Matrix” where machines are making all the decisions. You won’t see an underwriting world without humans.”

It’s ironic however that while Alan Reeves was introduced at the conference as the Head of Risk Analytics, both the printed agenda and his LinkedIn profile cite his title as being the Head of Manual Underwriting. It’s a telling title for a company that is often heralded as the pinnacle of automation and computational decisioning.

But why can’t lenders simply give in entirely to the machines? Mookherje said at one point that, “those that live and die by their underwriting are going to be the ones that survive.” And if that’s the case, then relinquishing control to the computers perhaps risks the chance of death if things don’t work properly.

But humans, with all their natural flaws and imperfections pose the same risk. “Banks want to know that underwriting is consistent, that for any given customer, that you would underwrite them the same,” said Sam Graziano, CEO of Fundation. “And it’s not just having written policies and procedures,” he added. “But having programs in place to ensure these policies are upheld.”

The widespread dependence on humans to tie up loose ends in assessing risk may seem both practical and prudent, but to some traditional bankers, that system carries nightmarish implications.

Jim Salters, CEO of The Business Backer for example shared an experience his company went through years ago when trying to partner with a bank. Salters placed a high value on the manual review process, explaining that it was basically a strength of their core competency. The problem however, was that the bank said that would totally freak out their regulators.

The recurring message from the event’s panelists was that banks not only want, but may actually require a firm credit model to make decisions. They need to be able to explain to regulators why some loans got approved and others got declined in a perfectly uniform and consistent manner. 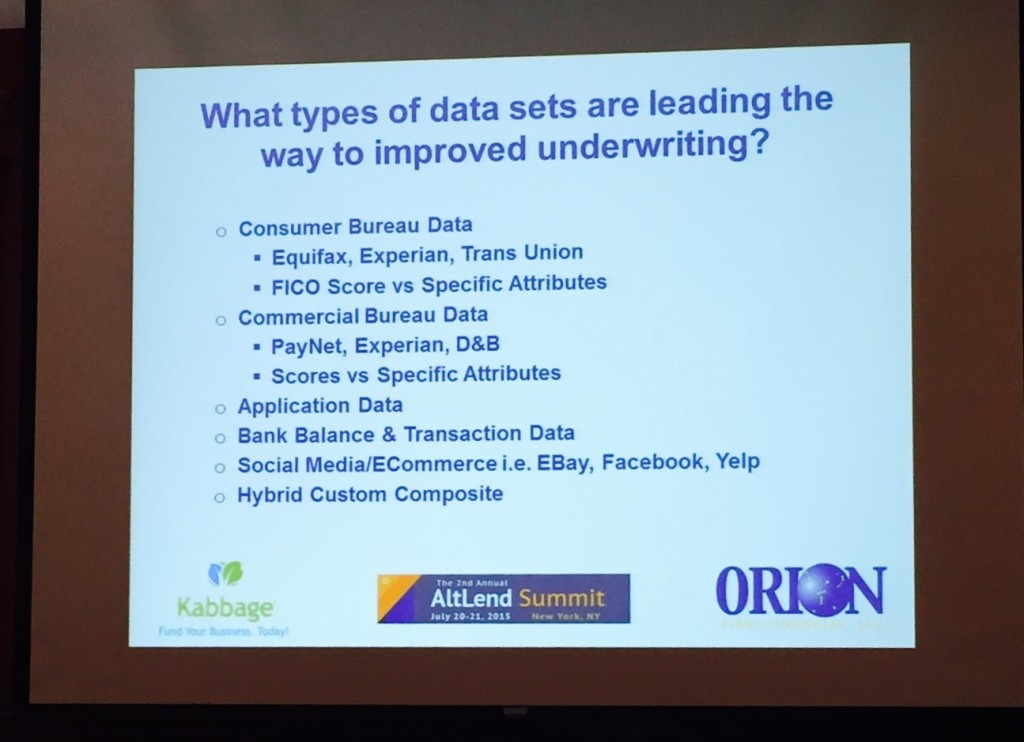 Schaefer and Reeves were aligned on the importance of consistency in underwriting. You basically can’t have a system where you arrive at three yeses and three nos on the same loan Schaefer explained.

But building an automated system and telling the humans to take a hike isn’t an easy process. There’s a high upfront cost associated with development and it can take years to generate statistically relevant conclusions. And a multivariate decline issued by an algorithm can potentially worsen the customer experience, especially if the customer asks for the specific reason they were declined. Reeves said it can be difficult to explain to the customer that their FICO score was too low relative to their sales volume but that their FICO score on its own was good enough.

And yet once an automated underwriting system is developed, the cost of underwriting should drop significantly according to panelists. With that comes a decision consistency that the company can rely on and a system that bankers can get comfortable with.

But despite it all, Credit Junction CEO Michael Finklestein bluntly stated, “We’re never going to approve a $2 million loan with an algorithm.”

The unifying concept that everyone seemed to agree on was that although credit models were undeniably important, human review would remain a complementary part of the process for the foreseeable future at least in the commercial finance space.

“At the end of the day, it all comes down to underwriting,” said Mookherjee.