Bank statements. Those in consumer lending argue they’re all but irrelevant because FICO and credit reports do the job of predicting risk just fine, but over in today’s small business lending environment, there’s an entirely different sentiment; Reveal your recent banking history or be declined.

After having bought nearly $60,000 worth of consumer notes on Lending Club and Prosper combined, there’s something I’ve seen a lot of, bounced ACHs. 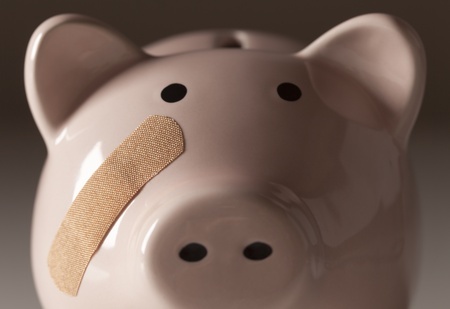 Lending Club doesn’t reveal borrower bank data to their investors. Sure, anyone can see the credit report, the income level, zip code, and job title, but the borrower could have negative $10,000 in the bank and be living off overdraft protection on day 1 and an investor would never know it.

“Welcome to consumer lending, where the rules are different because the game is too,” replied a user to my comment on a peer-to-peer lending forum.

Veteran consumer lenders assumed I was a lost newbie who knew nothing about lending. “I have a feeling if you ask to crawl someone’s bank account, they’ll just go elsewhere,” one user said. “Seems that’d only work on subprime borrowers who have limited bargaining power.”

“I’m assuming you may be new to lending,” he continued. “Making a loan based on deposit balances is rarely a good idea.”

My initial question to them was that without bank statements, how could they ascertain if a borrower’s finances were actually in order at least at the time the loan was issued? It’s really easy to access someone’s banking history for the last 90 days by using common tools like Yodlee or Microbilt, I argued.

“MAKING A LOAN BASED ON DEPOSIT BALANCES IS RARELY A GOOD IDEA,” A USER COMMENTED

Some people sympathized with my logic but others believed requesting bank data would be suicide in today’s competitive environment. And still more wondered if there might be consumer protection laws that prevented lenders from seeing a loan applicant’s banking records (which sounded ridiculous).

Those questions led me to interview an underwriting manager at one of the nation’s largest credit card issuers who would only speak on the condition of total anonymity, including the bank’s name. There, he oversees a department of people that manually assess credit card applicants. There is no algorithmic approval process. In his department, humans underwrite each application, conduct phone interviews with the prospective borrowers, and request additional documents if they feel it’s warranted.

Requesting bank statements is a regular part of the job, explained the manager. “We require proof of income for any line over 25k,” he added. “It’s the main thing we ask for along with proof of address.” 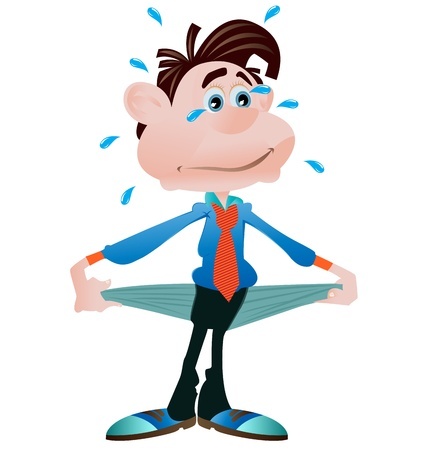 Requesting these documents keeps them compliant with the Bank Secrecy Act, he explained, but the bank statements in particular are their first choice in verifying somebody’s income, even more than pay stubs. And their underwriters aren’t oblivious zombies, he noted. If an applicant has no money in the bank, they’ll decline it.

“The Adverse Action reason [for that] would be ‘sufficiently obligated’,” he stated. “That’s when their bank account shows they can not take on any additional financial obligations.”

The manager shared however that he believed there is a very strong correlation between what’s on the credit report and what to expect in the bank statements. Generally speaking, good credit will show a healthy banking situation, he explained. They’re rarely taken by surprise. Overall, the credit reports and phone interviews are enough for them to feel comfortable and the bank statements are really just there to check off a compliance box.

Meanwhile, those that speculated requesting bank data would be a death knell competitively might want to talk to Kabbage’s sister company, Karrot. Karrot already crawls bank accounts as part of their consumer loan application program and competes with Lending Club, Prosper, and Avant. Considering Kabbage has funded more than half a billion dollars worth of business loans using this very methodology, it’s safe to say that applicants aren’t flocking to competitors in droves over the perceived injustice or inconvenience of filling out three additional fields on a web application to share their transaction history.

Kabbage CEO Rob Frohwein offered these comments last year about their underwriting, “A critical aspect of consumer lending is determining the appropriate amount of a payment to collect so that an account doesn’t become overdrawn. Our intelligence accurately predicts how much of a payment to request via ACH so consumers avoid the cost and headache associated with non-sufficient funds.”

I thought about those statements when I noticed that thirty-six of my Lending Club notes carried a Grace Period status the other day. These are borrowers whose payments just recently bounced. Some are only three or four months into a five-year loan. Worse, there are those that are saying they have no money whatsoever to make a payment. How can this be when they just practically got approved?

To the consumer crowd it’s business as usual. “If you got their bank account, you still wouldn’t be able to predict who will default. You can’t predict defaults on any individual borrower,” argued one veteran on a forum.

But it’s not all about the lender’s tolerance for risk. ACH rejects can have consequences that affect a lender’s ability to debit accounts in the future.

“Ultimately, regulatory thresholds set by NACHA will continue to become more and more critical of returns,” said Moe Abusaad of ACH Processing Co, an ACH processor based in Plano, TX. “I think it’s safe to say that there is a positive correlation in considering statements as a component of the underwriting process to the rate of returns incurred,” he added.

And while it’s true that bank data can’t make predictions perfectly on its own, nobody in small business lending or merchant cash advance would consider an approval without it.

“There is no substitute for banking information when reviewing a client for approval,” said Andrew Hernandez, a co-founder of Central Diligence Group, a risk management firm that allows business lenders and merchant cash advance companies to outsource their underwriting.

“Money moves fast through these businesses and every business is unique, so a lot more variables come into play than just having to account for the timely monthly payments of credit cards, cars, and mortgages as you find in the consumer world,” he added. “A FICO score along with other information presented in a credit report provide a detailed, historical snapshot of a client’s creditworthiness in consumer lending, and while these are great complementary tools for us to use in our underwriting process, I believe that banking data paints us a picture of its own which is absolutely essential in assessing the risk of a B2B transaction in our space.”

“THERE IS NO SUBSTITUTE FOR BANKING INFORMATION WHEN REVIEWING A CLIENT FOR APPROVAL”, HERNANDEZ SAID

Those underwriting business loan deals have reported seeing applicants with open personal loans from Lending Club, which shows that the exact same borrowers are being underwritten in two different ways.

But Julio Izaguirre, another co-founder of Central Diligence Group added that, “banking transactions are essential in gauging the cash flow of the business by looking at recent and up-to-date bank volume, but it is even more important with businesses that lack historical data and cannot provide financials or other documentation to show and prove their track record.”

Translation: A lack of credit history and formal financial statements can be overcome thanks to in-depth analysis of bank account data.

“When our underwriters look at a bank statement you can get a better understanding of the business cash flow, operational cost and how the owner manages his business,” said Heather Francis, CEO of Gainesville, FL-based Elevate Funding. “The credit score is like a person’s blood pressure reading,” she continued. “It indicates there may be an issue but until lab work is pulled and analyzed you don’t know what that issue is. The bank statement is that lab work and it can tell you more about the issues behind the scenes than a credit score can.”

Greg DeMinco, a Managing Partner of Americas Business Capital based in Cherry Hill, NJ would probably agree. “FICO isn’t everything,” he shared. “Bank statements can tell a great story especially if there is upward momentum month after month, and more importantly a high ratio of deposits to requests for the advance.”

“THE CREDIT SCORE IS LIKE A PERSON’S BLOOD PRESSURE READING”, EXPLAINED FRANCIS

Meanwhile, the manager of the credit card issuer was surprised to hear about the high value placed on bank statements in business lending. I offered him the example of an applicant with good credit that was consistently negative in the bank because of a reliance on overdraft protection as a way to make sure all the bills were being paid. “That’s the craziest thing I ever heard,” he commented.

But over in the peer-to-peer lending forum it didn’t sound so crazy at all. “Plenty of Americans are ‘broke’, in the sense that they have negative net worth, yet they’ll continue servicing their debts for… a long time… no matter what it takes,” shared one user.

The argument seems to come full circle, that business lending and consumer lending are just different.

But to Isaac Stern, the CEO of New York-based Yellowstone Capital, the bank statements are not just about financial health. “We are literally underwriting against fraud,” said Stern, who said his office regularly receives applications with doctored statements. “Logging in [to the banks] and verifying those statements are probably the most important part of the process,” he noted.

His logic goes that a consumer that is paid a salary has a predictable stream of income and so that information along with a credit report might be enough for a consumer lender, but business revenue is less predictable and can vary practically day-to-day.

“You can’t just look at a FICO score and say, ‘this is a good a business’,” Stern explained. “The story is in the bank statements.”