A long time ago in a galaxy far, far away…

It is a period of civil war. Rebel sales reps, striking from a hidden ISO, have won their first victory against the evil Galactic Funder.

During the battle, Rebel spies managed to steal secret formulas to the Funder’s ultimate weapon, the UNDERWRITING ALGORITHM, an advanced code with enough power to destroy an entire industry.

Pursued by the Funder’s sinister sales agents, our hero races home with her flash drive, custodian of the stolen formulas that can save her merchants and restore freedom to the industry…

Breaking away to start your own ISO or brokerage in this industry used to be a rite of passage. You started somewhere, learned the ropes, then went off on your own like a Jedi Master.

The stories of reps and underwriters of years past who left their jobs to start their own ISOs are a bit nostalgic. Young twenty-somethings defying authority to plant their own flags in an industry they felt offered unlimited potential. For some, going solo was a rude awakening, a healthy taste of the real world, where you needed to be able to do more than just close the leads you’re given. But for others? Well, today they are the owners or managers of companies worth millions, tens of millions, or hundreds of millions of dollars.

Empires were built not that long ago and they certainly were not in a galaxy far, far away. But today the prospects are much bleaker. The industry has matured and certain channels are saturated. Merchant cash advance and non-bank business lending are no longer part of a young unexplored universe.

So to those that have asked me whether or not it makes sense to start an ISO in 2015, I’d have to say in many cases it does not. It’s a little late in the game. Below is one of the most popular questions posed to me over the last six months: 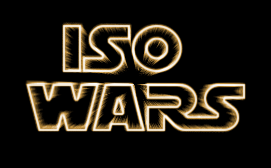 A: There’s a few things to address here. If you are working out of your house and your rent/mortgage is already taken care of without you having to pay yourself from your new ISO, you may be able to turn a profit starting with something this small. The first problem though is that if you’re not absolutely positive where to get excellent leads, you’re going to spend a lot of money on experimenting with multiple sources. $2,000 might be the cost of an experiment with one lead provider. In other cases, it might be $5,000. Your entire budget could get wiped out in an experiment with just one source.

There may be no barriers to entry in this business, but $2,000 to $5,000 is entirely too little to give yourself a real chance to get off the ground. Direct mail takes a lot of trial and error and thousands of dollars. Google/Bing advertising takes even more trial and error and tens of thousands of dollars before you can get really meaningful results.

And if you’re going to put all your eggs in the UCC marketing basket because of budget, it’s going to be a tough climb uphill.

The companies that do actually have the best leads don’t need a $2,000 startup ISO to sell them to. A big ISO or funder is probably already paying double the price they’re worth.

So how do you stand a chance? You should realize that the odds are you won’t.

And if you need to allocate part of that 2-5k to pay for an office and get set up like a business, you might not have anything left for marketing at all. That’s a horrible place to be!

Lastly, I have seen many ISOs try to become a broker’s broker in order to acquire deals. That means trying to close ISOs to send you deals for you to forward on to a funder as a middleman where you will get a cut if the deal closes. It’s a hustle, and if you can swing this, great, but it’s not exactly a sustainable model especially if the ISO realizes they can go direct to the funder themselves. If you can’t acquire merchants on your own (and deals you stole from the last place you worked at don’t count as acquiring on your own), then you probably shouldn’t be in the ISO business at all.