The Funding Calls That Won’t Stop


“Your business has been approved for a loan…”

Last week, Chicago Public Radio (WBEZ 95.1 FM) investigated a trend in the small business community, the use of merchant cash advance financing. The station called me in advance to answer some questions about merchant cash advances and I gave my best explanation of the industry and its products.

Of the discussion that lasted more than 30 minutes, only about five of my sentences made it on the air. While I clarify some of my positions below, it was sobering to learn the context of how they were used, as a defense to real life merchant complaints.

The satisfaction rate with merchant cash advances are pretty high and I say that mainly because it’s so rare to hear complaints from anyone other than journalists that can’t believe anyone would accept rates above 6% APR. And while there are indeed bad actors in the industry (as there are in any industry), the gripe one merchant had about phone solicitations that just won’t stop is a recurring theme.

It’s happening to me too.

As an account representative in 2010 calling real time leads sold to five parties at once, I did what anyone would do, I pretended to be a small business myself and inquired through the website that we bought leads from and entered my cell phone as the point of contact

Within a half hour, representatives from four companies called me, and I learned exactly who my competition was, how they explained the product, and what they would say to win me over. Two of the four were really good and one even referenced my name personally, saying something to the effect of, “If you get a call from Sean Murray, his rates are worse than mine.” Obviously he had already done what I was doing now, which was pretend to be a small business so he could prove to the prospect he was well informed about the alternatives. He had heard my pitch already and was now throwing me under the bus by planting the seed that I was going to offer something more expensive even if it wasn’t the truth.

In the end none of them won because it was all a farce. One never called me again after the first call. Another kept at it for a week and the remaining two followed up for a month.

And then it got quiet…

I had been marked as a dead lead and forgotten about until three months later when one company sent a follow up email. “Smart,” I thought. But then a call came six months later, and then more emails, some from companies I didn’t originally engage with.

And they continued at regular intervals, every couple of months an email or call. Was it interesting? Yes. Annoying? No. 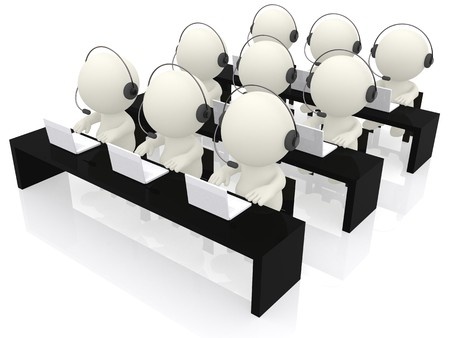 The volume of emails have slowed but I’ve somehow ended up on robo calling lists. “Press 1 to talk to a funding specialist or press 9 to be added to the Do Not Call list”

The press 9 option doesn’t work for me. Sure, I might be removed from that marketer’s list, but it in no way removes you from anyone else’s list. I knew that already of course because I’ve been on the other end before.

The first time I got one of these calls, I was excited to tell the sales representative who I really was, level with him, and explain that it was a really good idea to take me off the list. But much like other business loan robo call complaints, the representative wouldn’t tell me anything about himself or his company.

I got yelled at.

Every time I tried to ask a question, he’d get louder, insisting I tell him my monthly gross sales volume for the “cash advance I wanted.”

A rogue actor maybe, but I’ve since gotten additional business loan robo calls and have made no progress in getting myself removed. I just hang up now.

Call it sweet irony perhaps. Or maybe a wake up call (pun intended). I applied on a website once four years ago and the rest is history.

My experience with repeat solicitations is marginal compared to somebody that has actually used a merchant cash advance. With the filing of a public UCC-1, anyone in the industry can easily access that data and convert it into a marketing list. And they do.

Brokers that scorn UCC marketing acknowledge that these businesses could be getting called 5-10 times a day. My own clients had reported repetitive calls back when I was an account representative. And while UCC marketing is very cost effective, in today’s market where more than a thousand companies are offering similar financial products, it’s probably safe to say it’s overly saturated.

And if 5-10 calls per day were even remotely accurate, I’d surmise that level of volume is marring the industry’s reputation as a whole.

I could argue though that when customers have a great many options to choose from, they win. With more than a thousand companies offering merchant cash advances and business loans, it’s truly a buyer’s market. Play all the companies against each other and you should end up with the best possible terms. It’s a great time to seek capital.

Except we’ve got to do something about those phone calls, or at least the robo calls.

Every angry robo dial recipient becomes one less person likely to speak positively about the the nonbank financing industry. Aged leads, UCCs and phone calls might be inexpensive, but the cost to undo negative preconceived notions is immeasurable.

Do you want to be known as the company that helped small businesses or the annoying people that won’t stop calling? If merchants are taking to the air waves to complain, it will only be a matter of time before the FTC and FCC become interested.

—
Regarding my comments on the radio about APRs and daily amortization, they were pulled from a conversation that compared daily payment loans to purchases of future sales. I DO believe bad actors exist and every business owner should have an accountant, lawyer, or savvy third party review any contracts they enter into, financial or otherwise.