Forget Fancy Algorithms, Give the Merchants a Psych Exam


Select an answer to each of the following questions:

1. When faced with financial hardship during the course of my loan, I would do the following:

(a) Do nothing and hope my luck changes.
(b) Call the bank and block all debits from the lender and wait for the lender to call me about it.
(c) Change my phone number, hide, and avoid making anymore loan payments at all costs.
(d) Call the lender to inform them of my hardship.
(e) Sell my business and let the lender sort it out with the new owner.

2. The IRS sends you a letter that says they believe you understated your income last year and owe back taxes. As a result I would do the following:

(a) Ignore the letter until it becomes a more pressing issue.
(b) Consult with my accountant/lawyer.
(c) I didn’t file a tax return last year.
(d) Pretend I never got it.
(e) Pay whatever is owed.

—-
Congratulations! based on the answers you chose you have been approved!
—- 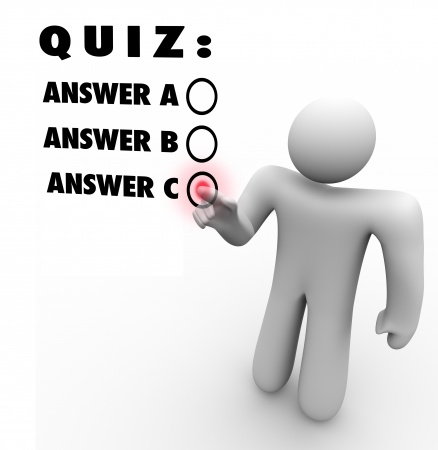 According to the New York Times, Banks in 16 countries are using psychometric tests to gauge the creditworthiness of applicants in lieu of credit reports. That’s because the criteria used to score credit in the U.S. is not always available abroad, particularly in developing nations.

There isn’t necessarily a right or wrong answer to each test question. Instead an algorithm measures the loan repayment performance statistics of each answer and learns to approve or decline based on those selections by applicants in the future. Interesting isn’t it? The questions wouldn’t be easy to manipulate either since they are currently psychological. Applicants are asked for example how strongly they believe in or disbelieve in fate.

Would such an idea have legs for alternative business lending in the U.S.? I think there’s something to it. I can say from experience that in my former lifetime as an underwriter, our team would rarely read from a script during a merchant interview. Instead we would engage applicants in a conversation about their business to gauge their attitude and determine the level of commitment to their work. You’d be surprised what this approach would reveal.

In this context, business owners would share that they had no idea whether or not they were losing money, that they planned on closing the business if the advance didn’t turn things around, that they didn’t care about previous loans that they defaulted on, that they weren’t even the person running the business day to day but rather the name on all the paperwork because they had good credit, or that they were using the money to fund a vacation to the carribean because the business was failing and they wanted to get away. We did make sure to steer the conversation towards the requirements on our checklist, but the final decision on borderline deals was often decided on this call.

Some funders use this interview call just to confirm information on the application, but it should no doubt play a role in a deal approval. That’s just my opinion. Once the deal is funded though, it will all come down to fate, hard work, or coincidence. I guess it all depends on how strongly the merchant agreed or disagreed with each of those on the exam.

Underwrite at your own risk.