No End in Sight for Alternative Lending 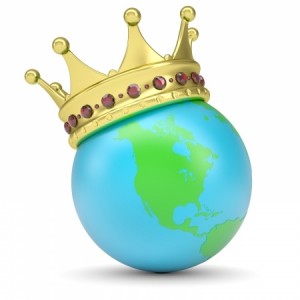 Which one of these three isn’t like the other two?

It’s a trick question because as of September 16, 2013, All three are owned by Rockbridge Growth Equity, a Detroit-based private equity firm. RapidAdvance announced the acquisition over the news wire, shocking many people around the industry. The move opens RapidAdvance to the connections and prowess of Dan Gilbert, the 126th richest man in the United States. Gilbert is worth approximately $3.9 Billion, is the founder of Quicken Loans, and he owns 4 sports teams, including the NBA’s Cleveland Cavaliers.

Compare that to On Deck Capital board member Peter Thiel, who is worth $1.9 Billion and is the 309th richest person in the U.S. You may remember Thiel, the co-founder of PayPal and first investor in Facebook as participating in a series D round for On Deck Capital along with Google Ventures back in May.

Four years ago, an influential friend advised me that this industry would be eradicated by 2010. As told through The Bubble That Wasn’t, some people left the business prematurely fearing the best days of alternative lending were over. At present, it looks as if those best days are still yet to come.

The Rockbridge Growth Equity move comes less than a year after Steven Mandis bought into RapidAdvance. He will reportedly stay on as a shareholder.

In other news, On Deck Capital announced that they’ve raised another $130 million in debt financing, leveraging themselves out even further. ISOs in the industry report that they’re ON FIRE with approvals. Rumors about a possible IPO on the horizon are starting to pick up again but my sources tell me that isn’t likely to happen with On Deck for another 2-3 years.