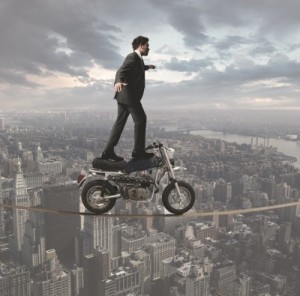 Perhaps as a fitting follow up to our recent post on Merchant Cash Advance Default Rates, an article in the Dispatch reveals that of all the businesses getting SBA loans, restaurant franchises are the worst performers. WHAT?! You read that right, but many of us have been saying this all along. Retail and restaurants are inherently high risk and that’s partially why they’ve been the bread and butter of the Merchant Cash Advance industry for so long. A friend of mine works in the commercial lending department of a major bank and he’s told me bluntly many times that their POLICY when it comes to restaurant loan applications is to decline 100% of the time. They don’t care if they have 800 credit, 40 years in business and 50 locations, the default rate is just too damn high and not worth the risk. Now the bank doesn’t come out and market this publicly and that’s why I haven’t identified my friend or the name of the bank, but when you see the numbers, it makes sense.

The SBA states that 20% of their guaranteed loans default

The Dispatch points out that the SBA guarantees higher risk loans, as if that somehow justifies these statistics. The maximum allowable interest rate on a 7(a) loan with a maturity under 7 years is prime + 2.25%. Right now prime is 3.25%. Think about this… the interest rate is 5.5% and the default rate is 20%. Most businesses default without hardly paying anything. The taxpayers eat the billion dollar losses that result and Main Street America goes on believing that an interest rate below 6% is reasonable.

In the private sector, there is no government body sweeping billions of dollars in losses under the rug. Alternative lenders like Merchant Cash Advance providers are on their own to price deals efficiently and rationally. As you might guess, that price is usually MUCH higher than 5.5%. Many funders charging in excess of 40% barely break even at the end of the year, and some go out of business. Think about it… many businesses they support don’t even qualify for an SBA loan and the default rate on those is 20%. To operate in such a risky market, many try to hedge those risks by setting daily payments as opposed to monthly, and setting the loan term to 1 year or less. Even then, economic swings and competition have a way of making sustainability difficult.

On another note, here we have the SBA stating that 20% of their loans default, many before making even a dent in the principle and we have some alternative business lenders targeting an even riskier market that is claiming default rates of 2-5%. Something doesn’t add up here. Just saying…