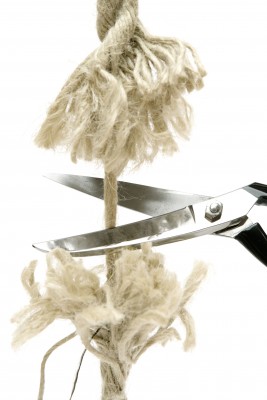 There’s an old story still making the rounds on the Internet about a woman calling into a computer company extremely frustrated because her new computer wouldn’t start up. The customer service technician, of course, first made sure the machine was plugged in (there’s a good chance that question made his customer even more angry and frustrated, but we all know it had to be asked.) The woman responded that YES, it was plugged in.

The technician then asked her what happened when she pushed the power button. Power button? The woman told him she wasn’t aware of any power button, but she was certain that the foot peddle was broken. She’s pushed and pushed on it and the computer refused to come on.

She thought the mouse was a foot peddle.

It’s pretty much a certainty that all small business owners and their employees have their own customer complaint stories –and we’re sure thousands and thousands of them are pretty funny. We’re also sure that untold numbers of customer complaint stories small business owners and their employees have aren’t funny at all.
We’ve all had days when we’ve been so used and abused by a customer we wish could just fire them. Which begs the question – is it OK to fire a customer? If so, when?

I Can’t Get No

Wise small business owners know that the customer is always right. However, this doesn’t mean that a customer has a right to be abusive to you or to your employees. On the other hand, things happen – things that customers are justified in making a complaint. Some of those things are going to be the “fault” (even though unintentional) of your business. Some of those things are going to be outside the control of your business. Whether your company is at fault or not isn’t the issue. The issue is making the honest attempt to resolve the complaint to your customer’s satisfaction.

The problem, as the song says, is that there are going to be customers who, no matter how hard you try, “Can’t get no satisfaction.”

Here is the short list of basic ways to respond to complaining customers seeking satisfaction:

Let them vent. Most of the time even the angriest customers just want to be heard. They want to know that you’re taking them, and their complaint, seriously and the way to let them know you are is to allow the customer to vent. It can be frustrating, but don’t break in or interrupt. Instead, let them tell you their whole story. When you do, you’ll be surprised at how many customers “calm themselves down” without your having to say a word.

Help them figure out what they’re complaining about. Many times customers and clients call in and seem to be complaining about a very specific aspect of your product or service (i.e. it didn’t arrive on time, the quality doesn’t meet their expectation) but, after that issue is resolved, are still frustrated and/or angry. The way to respond is by asking clarifying questions that help the both of your sort out what’s really going on. For instance, a client may think they’re complaining about the quality of the product, when what they’re upset about is the fact that the service technician who installed it did not take enough time to explain how to use the product.

Validate the customer’s experience. Right or wrong – what the customer experienced is what they experienced. Attempting to convince someone they really aren’t or shouldn’t be angry or frustrated isn’t productive. And apologizing can backfire. Certainly there are times when a sincere apology for a goof up on the part of your business is warranted. There are also times when doing so can create unrealistic expectations on the part of the customer – expectations that will ultimately lead to the customer complaining again when those unrealistic expectations aren’t met. For example, you might apologize for the technician not taking time to explain the product when they installed it and then discover the technician spent a couple hours doing just that when 15 minutes is the norm.

Use your best judgment when it comes to apologizing, but also understand that more often your customer will be more satisfied that their complaint is being handled when, instead of apologizing, you validate the customer’s feelings. For example, “I know how frustrating new technology can be. Do you have any questions regarding how to use Product A that I can help you with now?”

However, if you’ve listened to your customer, asked clarifying questions to make sure you’ve handled their full complaint, and attempted to sincerely validate their experience and that customer still becomes increasing abusive or unreasonable it can mean it is time to sever the relationship.

This can be done by explaining to the customer that you’re disappointed you haven’t been able to resolve their issue to their satisfaction, but you truly feel this is because their wants/needs aren’t a good match – and then refer them to a reliable competitor. However, you don’t have to take prolonged abuse. If the customer or client uses abusive language or becomes threatening, it is completely reasonable to inform that customer that your company has zero tolerance for that kind of behavior and end the conversation as well as sever the relationship.