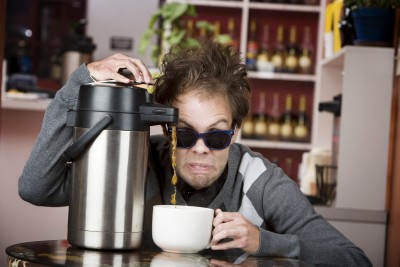 You aren’t going to find too many people who would disagree that things have gotten a bit crazy lately. We’ve got a crazy economy going, so why not employ a bit of crazy when it comes to promoting your small business in a crazy economy?

Think that be a bit of a naïve approach to attracting business? Maybe not.

Recently Old Navy added a little bit of crazy to the tried and true idea of a coupon when it created a “human coupon” to celebrate reaching 5 million fans on Facebook. Liberty Tax Service, while a big company, knew it couldn’t compete with H&R Block’s intensive television ad campaign, so they added their own little bit of crazy and instead dressed people up like the Statue of Liberty to direct traffic going by to their storefront. And let’s not forget all the hoopla Macy has been able to tweek out of their Thanksgiving parade for the last 80 years?

Still not convinced? How about a little case study on Sir Richard Branson? The man built a business empire using “crazy stunts” to bring attention to the “Virgin” brand. These stunts were perhaps a bit “larger” than most small business owners are capable of pulling off (you most likely can’t fund crossing the Atlantic ocean in a hot air balloon, or build an “aquaticar” and make history traveling from London to Paris in literally record time.) But you can’t deny that Brandon’s billions make a credible case for crazy.

Organize a protest. Most everyone has either driven by or watched a “protest” on the evening news. How about staging a protest at your small business? What might you protest? How about carrying signs protesting “This business puts the customer first!” Or, “They actually helped me find something.” Or, “I called and a human being answered!”

Sponsor a crazy contest. This is a cool one because it can be conducted online as well as offline. For example, if you’re an office supply company or a professional organizer how about a “Messiest Desk” contest? The winner receives organizational products or a half hour consultation.

Crazy Building Decorations. If you own the building, or it is OK in your lease, how about using your building to help your business stand out? A company in South Africa hung multi-colored sandals on a tree outside their building making it “bloom.” If you’re a financial planner it might be pretty effective to do the same to the tree in front of your office with fake 100 dollar bills.

Some businesses might find the above doesn’t mirror their brand. But you can still get a little crazy. Even the stodgiest consultancy can promote themselves by asking people to post pics of “crazy ties” on their Facebook page. Or hand out coffee cups that say something along the lines of “I got this for staying awake the longest at our last staff meeting.”