An article was published by the Huffington Post today that explained the need for Merchant Cash Advance providers. Though some of it was described in an unflattering light, it conveyed some important messages. 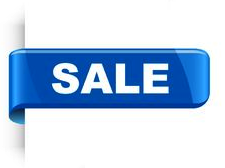 Our favorite line and perhaps the most important thing you can take away from this article is the quote by the CEO of AmeriMerchant. “[Merchant Cash Advance] is less expensive than [offering] a Groupon for 50 percent off or putting inventory on sale for 30 percent off.” Isn’t it ironic that the Groupon/e-coupon/social coupon concept is today’s business as usual and is at the same time significantly more costly than what the media considers to be expensive financing?

LivingSocial has 60 million members worldwide and they operate much in the same way that Groupon does. Let’s discuss this. According to wikipedia, Groupon’s business model works as follows:

For example, an $80 massage could be purchased by the consumer for $40 through Groupon, and then Groupon and the retailer would split the $40. That is, the retailer gives a massage valued at $80 and gets approximately $20 from Groupon for it (under a 50%/50% split).

So the 50% discount to the consumer is actually a 75% loss of revenue for the business owner. This practice is publicly accepted as fair, practical, and a way to increase your sales. If that’s the case, should’t financing that costs $2,800 to receive $10,000 be considered a bargain? We think so. Expensive is in the eye of the beholder. The media has a funny way of convincing people that a 75% discount is a great deal but financing costs of 28% are astronomical. Not to say that 28% is cheap, but there is only one reason that low rate bank loans even existed in the first place. The SBA is willing to cover up to 90% of the defaults and charge it to the taxpayers. That’s an advantage the rest of the private sector doesn’t get.

We can’t help but think what would be if the Merchant Cash Advance concept was rebranded as a powerful social marketing tool to drive sales. What if a Merchant Cash Advance provider purchased $12,800 of a store’s future sales in exchange for $10,000 today and then mass marketed that business to local consumers through mailing lists, iphone apps, and website ads to drive customers to the store. That would allow the Merchant Cash Advance provider to recoup their purchase as fast as possible and at the same time create viral growth for the business. The technology already exists and businesses are already willing to accept 75% losses. Isn’t it time they all started getting a lot more bang for their buck?

It’s not expensive when it’s spun that way is it? Sayonara Groupon and LivingSocial! Merchant Cash Advance is the sleeping giant at your doorstep.