Shopify Capital, the funding arm of e-commerce giant Shopify, originated $393.6M in merchant cash advances and business loans in Q3, the company reported. That’s up from the $363M in the previous quarter.

Covid was a boon to Shopify Capital given its dependence on e-commerce businesses. Its 2020 funding volume was almost double that of 2019.

“Shopify Capital has grown to approximately $2.7 billion in cumulative capital funded since its launch in April 2016,” the company announced. The large volume and continued success has landed the Shopify Capital division in the company’s “core” bucket of “near-term initiatives” that will build the company for the long term, according to a presentation accompanying Q3 earnings.

Slide #22 of their Q3 presentation 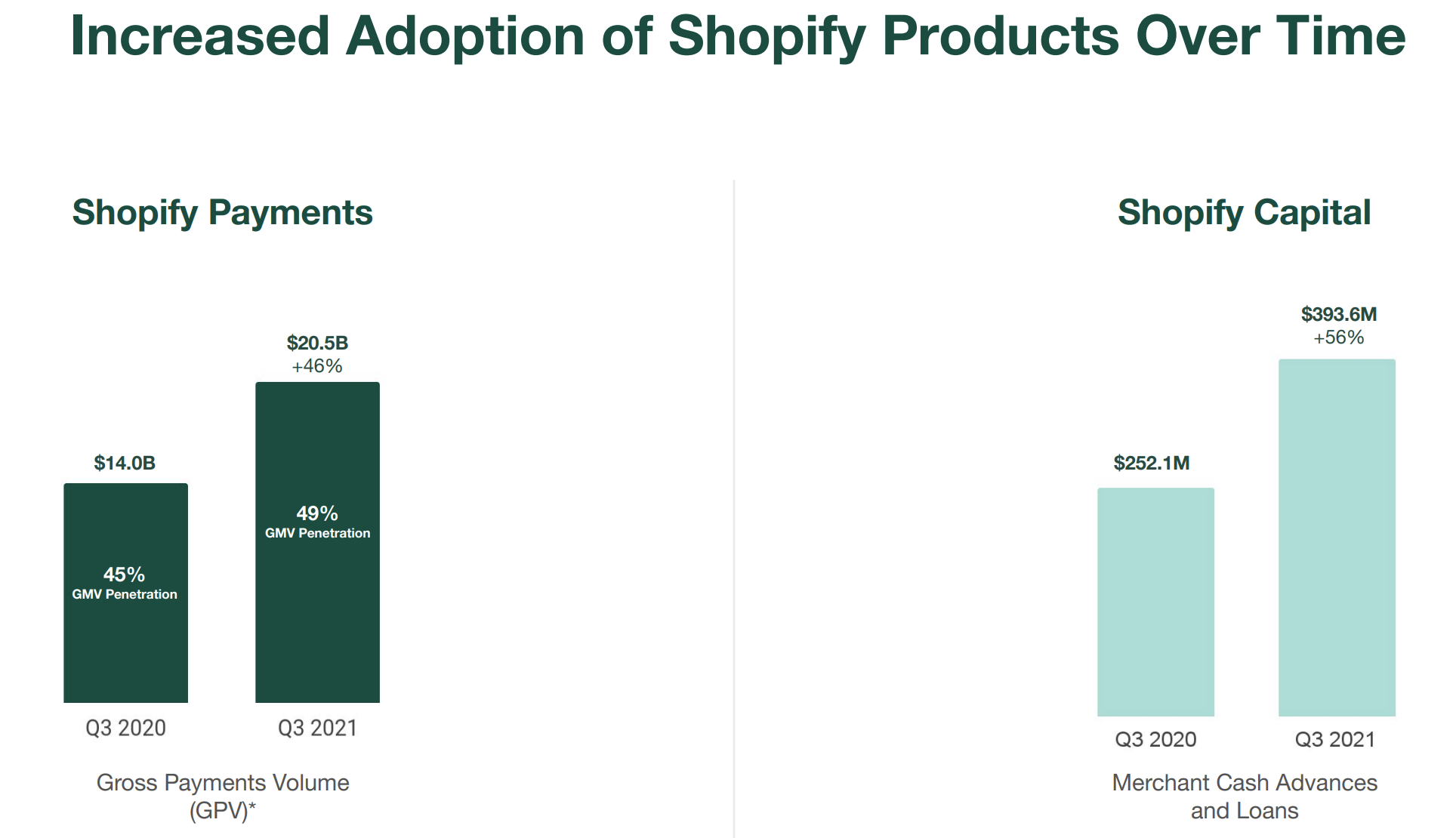