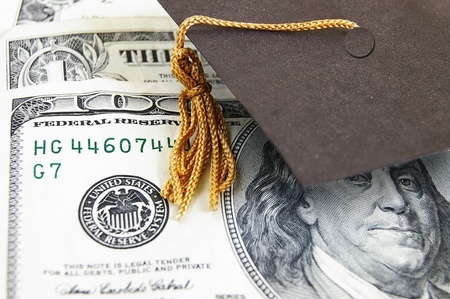 If you thought only small businesses were selling their future income for cash upfront, then you haven’t been paying attention to the student loan industry.

More than five years ago, fintech companies channeled the MCA concept into student lending. Called an Income Share Agreement, it works just as you would think, the funder advances tuition costs to the student and in return the student pays a fixed percentage of their gross income after graduation, but only if they are gainfully employed. They’re not loans and there’s no penalty if the amount paid back to the funder is less than the amount funded. It is essentially an MCA for college kids.

When deBanked interviewed a student named Paul Laurora about two years ago, Laurora said that in exchange for tuition money, he had agreed to pay 2.57% of his income for 7 years, whether he made a lot, a little, or nothing at all. The funder is making a bet that it will get a considerable return on its investment, but takes the risk of getting nothing if the graduate isn’t working during that time period or earns less than anticipated.

Laurora compared paying that way versus what his friend was faced with, which was to pay $230,000 either with cash or with student loans to attend NYU.

“ISAs” typically enjoy the regulatory benefit of not being a loan, but that could all change.

In California, the state’s Department of Financial Protection and Innovation took issue with a funder’s ISAs when they applied for a Student Loan Servicing license, a requirement in the state. That funder was named Meratas, a New York company that’s headquartered in Connecticut. Meratas’ encounter with the California DFPI resulted in a consent order on August 5th that will have the company’s ISAs treated as student loans and make Meratas an approved Student Loan Servicer.

Though the agreement only applies to Meratas, it could set a precedent for treatment of ISAs in the state.

Meratas celebrated the arrangement as a win.

“Because income share agreements do not fit neatly into existing federal or state legal regimes, we felt it prudent to be proactive at the state level, starting with California,” says Meratas founder and CEO Darius Goldman. “We are excited to work with the DFPI in its efforts to craft ISA-specific regulations for the benefit of all industry participants. Our partners take comfort in knowing that Meratas continues to be the leader in responsible and consumer-friendly ISA programs.”