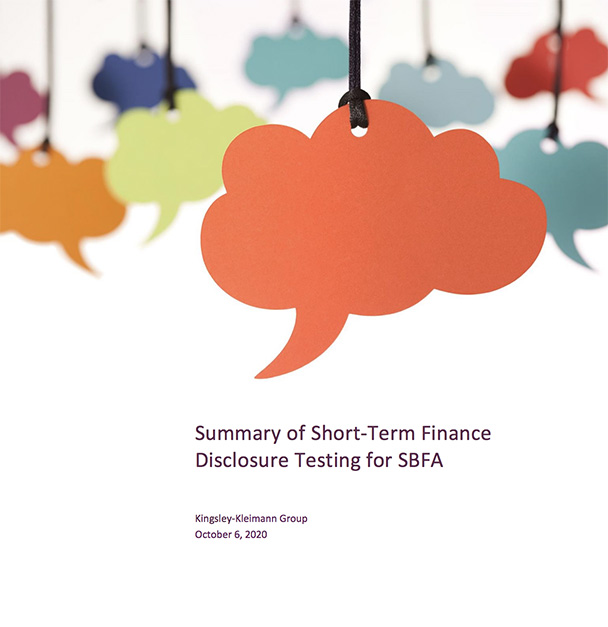 In response to regulatory bills in California and New York that will enforce APR disclosures on small business capital providers, the Small Business Finance Association (SBFA) funded a study by Kingsley-Kleimann to find out if APR is a good metric to use for business loans.

Steve Denis, the Executive director of the SBFA, said his group supported the study because the states should test concepts with actual small business owners before passing regulation. In the NY disclosure bill awaiting signature, Denis said there was no concept testing. Some of the companies that support the bill might not have even read what it stipulates.

“You have a group of companies that are pushing these types of disclosures, for no reason other than their own self-interest,” Denis said. “We’re fine with disclosure, we are all for transparency, but it needs to be done in a way that we believe is meaningful to small business owners.”

In qualitative testing of 24 small business owners and executives who have experience taking commercial loans, the study concluded participants did not understand what APR was. The study found that the total cost of financing model was a better way to understand and compare options for their use.

“As one participant, when asked to define APR, answered: ‘I feel like you are asking a kid, why is the sky blue?’ (Participant 3, NY).” The study concluded, “In other words, [APR] is ever-present yet also inscrutable.”

Kingsley-Kleimann is a research-based organization that studies communication and disclosure for government agencies like the FTC and private or public business. Participants were selected from Califonia and NY.

Denis said that the findings show what SMB lending companies have already known- Anual Percentage Rate is not a useful metric for short term loans. Many do not know that APR represents the annualized cost of funds for the loan term, with the fees and additional costs included.

“People don’t know what APR is; it confuses them,” Denis said. “They know it’s a metric they should use, but they don’t know why. The APR is such a marketing tool now, it’s not a valuable tool.”

The study showed most respondents thought APR was the same as an interest rate. It’s not. 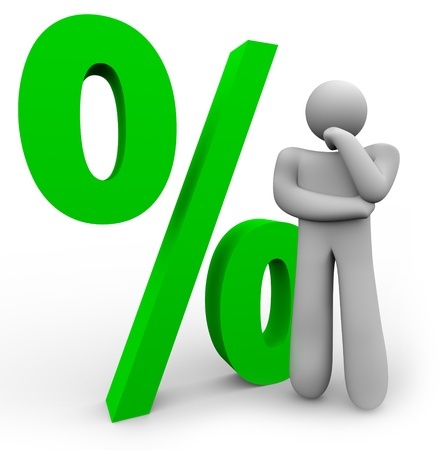 Denis said using an annualized rate for shorter-term loans or SMB loans that have no ending date worsens the problems. In those cases, firms estimate an APR, and it is inaccurate.

“When you have a merchant cash advance, there’s no term,” Denis said. “So you have to estimate a term, and I mean that is just a recipe for fraud.”

Denis said that the firms supporting California SB1235 and the New York S 5470/A 10118-A disclosure bill and taking credit for writing the laws are the same companies that will suffer under the strict tolerance of an APR rule.

“The companies pushing this, the trade associations pushing it, they like to take credit for writing the bill in California and writing the bill in New York: I don’t even think they’ve read it,” Denis said. “It’s going to subject their own members to potentially millions if not hundreds of millions of dollars in potential liability [fines.]”

The SBFA is not against disclosure by any means, Denis said, but supported other avenues. The trade group believes knowing the total cost of a loan and the cost and timeline of payments will help protect and inform borrowers better than APR. Firms that support the disclosure bill are banking off the positive press, hoping to be seen as pro-consumer protections but forcing APR will make it harder to compare the actual value of loans, Denis said.

Denis is still optimistic that regulators will work with businesses affected by the incoming legislation. He said the NY legislature and governor’s office, as well as the California Department of Business Oversight, understand the problems of using APR.

“They’re receptive to these arguments, and they know what they’re doing,” Denis said. “The last thing they want to do is pass a bill that’s going to further confuse businesses, especially during a pandemic when businesses are relying on this capital to stay afloat.”