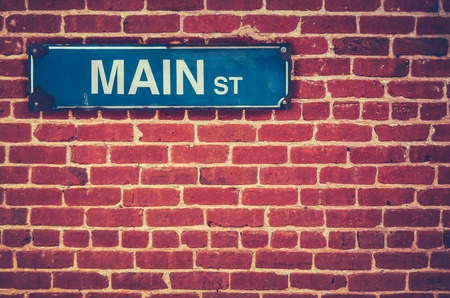 Senate leaders Mitch McConnell and Chuck Schumer have come to an agreement over a stimulus package that would inject $2 trillion into the US economy. With senators debating the bill at the time of writing, it is expected to pass. Said to be the largest and most robust rescue package in American history, the bill would see $300 billion go to the SBA for its 7A loan program.

“At last we have a deal,” McConnell said after negotiations wrapped up at 1:30am on Wednesday morning. McConnell later described the bill as “a war-time level of investment into our nation.”

According to Stephen Denis, Executive Director of the SBFA, who was closely engaged with the language being placed into the bill, certain small businesses who receive SBA loans may have their loan converted to a grant, depending upon how they aim to spend the financing. As well as this, Denis made clear that small businesses will be able to use these funds to pay any charges linked to an online small business loan or MCA.

“There’s different things that you can use the SBA money for,” Denis explained in a call. “Payroll support, obviously, including paid sick leave, medical, or family leave; costs related to health care; employees salaries; mortgage payments; rent payments; utilities. And then this is another thing that we got inserted into the bill, we wanted to make sure that businesses had the flexibility to use this funding to pay existing debt obligations that were incurred before the covered period. What this means is that if a business had taken out an MCA or a loan, that they could use this money to pay off the obligations.”

As well as allotting funds for the SBA, the bill provides for cash payments of up to $1,200 to be made available directly to individuals, $2,400 for married couples, and an additional $500 per child, which will be reduced if the individual makes more than $75,000 annually or if the couple makes over $150,000. $350 billion will also be made available to help small businesses mitigate layoffs and support payroll.

The most recent example of something akin to this bill is the Troubled Asset Relief Program (TARP) that was established to help financial institutions in the aftermath of the ’08 financial crisis. And with there being some surprise in retrospect to how TARP’s funds were ultimately used, there is concern about supervision of these funds.

When asked on Monday who would provide oversight for the program to fund businesses, President Trump replied with, “I’ll be the oversight.” However, since then White House officials have agreed in closed-door negotiations that an independent inspector general as well as an oversight committee will be instated to supervise the loans.

Despite stalling in the Senate several times throughout Wednesday, Denis is confident that the bill will be voted through the Senate, and following this, through the House.

“Never make a guarantee in Washington. That’s something I’ve learned in my career. But I think this is something that both sides, both Democrats and Republicans, recognize needs to get done right now. And I can’t imagine anymore political games after the agreement this morning.”

As well as this, Denis was eager to highlight that many funders and broker shops fall under the classification of a small business, and would be eligible for some of the funds promised by this $2 trillion bill; and that if you are wondering how you might access some of the relief package upon its passing through government, to reach out to him.