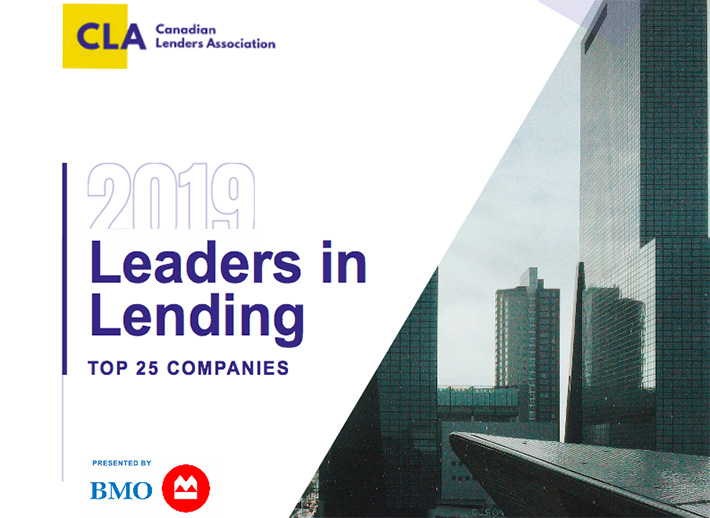 Today the CLA announced the winners for its 2019 Leaders in Lending Awards. Highlighting the efforts of exceptional players within the fintech and alternative finance fields, the awards seek to “celebrate the industry and celebrate all the cool fintech things happening in Canada,” according to the CLA’s Strategic Partnerships Director Tal Schwartz.

Now in its second year, the Leaders in Lending Awards are split into two categories, with one focusing on the efforts of companies in the industry and the other on individual executives. 2019 will be the first year that the latter of these categories is incorporated. The awards will be imparted to their new owners at the Canadian Lenders Summit later this month, where a special prize will also be given to one winner from each category.

Among the winners in the first category are Borrowell, IOU Financial, and Michele Romanow’s Clearbanc. While making an appearance in the second category are David Gens of Merchant Growth, Paul Pitcher from SharpShooter Funding, Smarter Loans’ Vlad Sherbatov, and Kevin Clark from Lendified.

When asked about possible expansions to the awards in the future, Schwartz was receptive to the idea of covering more ground with the prizes, saying “I definitely think we’ll expand the categories.” Mentioning that there’s a host of niches that are worth highlighting, such as blockchain, psychographic credit scoring, and credit rebuilding, which deserve their day in the sun.

“We have a mandate as a trade group to celebrate the industry,” emphasized Schwartz. And that celebration will be taking place on November 20th at the Canadian Lenders Summit in Toronto.