Breakout Capital is BACK 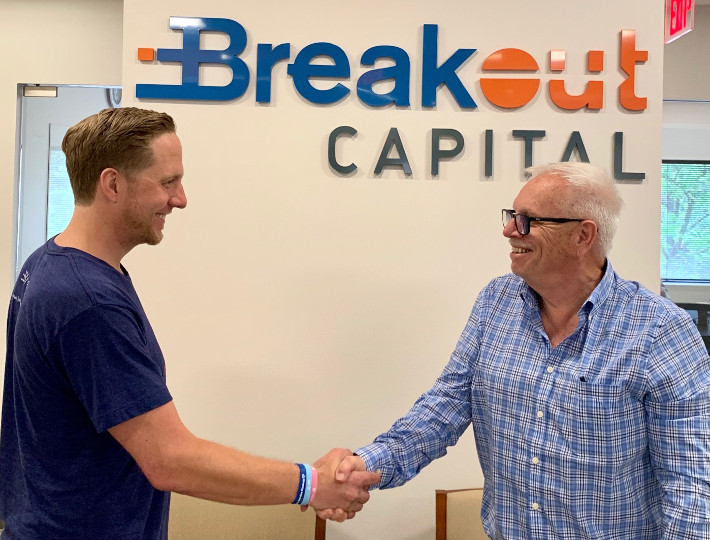 Breakout was founded in 2015 by Carl Fairbank, a former investment banker, and quickly made a splash in the burgeoning small business lending industry. The company has raised significant capital and is a principal member of Innovative Lending Platform Association (ILPA), a trade group that among other things, created SMART Box, a uniform loan disclosure meant to enhance transparency across the industry.

Earlier this year, however, the company suspended originations.

But that’s poised to change. The deal with SecurCapital, a supply chain and financial service provider headquartered in California, means that Breakout is on track to resume originations as early as next week, according to the company. And there’s other changes afoot.

Tim Buzby, who previously served as the company’s CFO is now the President & CEO. Buzby is well primed for the job. He’s a former CEO of Farmer Mac, a company he spent 17 years with.

Carl Fairbank, who previously served as CEO of the lending business, will provide strategic guidance during the transition, the company reports. He will no longer have a day-to-day role.

“After four years as Founder and CEO of Breakout Capital Finance, this transaction begins the next chapter of Breakout Capital’s lending business,” Fairbank is quoted as saying in a company announcement. “SecurCapital is also committed to the proliferation of best practices to drive change in the broader market. I believe Breakout Capital, in partnership with SecurCapital, is now well positioned for substantial growth, especially with its commitment to FactorAdvantage.”

Fairbank is reportedly shifting his focus toward driving innovation in artificial intelligence, machine learning, and blockchain.

In an interview with Breakout’s new CEO Tim Buzby and VP Jay Bhatt (who has been with the company since the very beginning), they said that the company’s risk criteria and credit box will remain the same as it was previously, with potential to even expand it down the road. The company pressing the originations pause button from approximately February to July, therefore, shouldn’t be interpreted as a weakness of the company’s business model. Rather the acquisition and changes should suggest the opposite.

Steve Russell, CEO of SecurCapital, commented, “We’re delighted to have found a highly respected team and innovative business model in the small business finance space. I share the founder’s vision of the massive potential of the FactorAdvantage lending solution and believe we now have the platform and capital to rapidly grow this industry-changing product. We couldn’t have found a better business to complement SecurCapital’s strategic vision for empowering small businesses.”

Two SecurCapital executives have also been placed on Breakout’s board of directors.

Buzby confirmed that operations will resume as normal. The business address and business name will remain the same with one notable difference; That being that the name has been shortened from Breakout Capital Finance to Breakout Capital. It’s also now being operated by a subsidiary of SecurCapital.