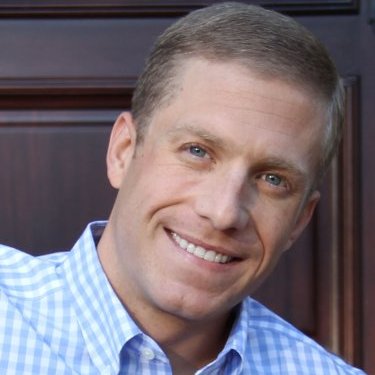 Put a tally up on the board for small business lenders in 2017. McClean, VA-based Breakout Capital, which just announced a move into a larger office last week, has also secured a $25 million credit facility with Drift Capital Partners. Drift is an alternative asset management company.

Breakout is young by today’s industry standards, founded only two years ago by former investment banker Carl Fairbank, who is the company’s CEO. And don’t count them out just because they’re not in New York or San Francisco. Washington DC’s Virginia suburbs have become somewhat of a hotspot for fintech lenders. OnDeck, Fundation, StreetShares and QuarterSpot all have offices there, Fairbank points out. “And Capital One is right up the street,” he adds while explaining that the community has a strong talent pool that is familiar with creative lending. Breakout has already grown to about 20 employees and they’re still growing, he says.

Fairbank considers Breakout to be a more upmarket lender, whose repertoire includes serving the near-prime, mid-prime customer. CAN Capital and Dealstruck had focused on this area and both companies stopped funding new business in 2016. As I point this out, I ask if that suggests that segment is perhaps too difficult to make work.

“Candidly, that’s the part of the market that I feel the best about,” he says matter of factly. The company tries to product-fit deals based on the borrower, and will even make monthly-payment based loans. “I think the subprime side with the stacking and the debt settlement companies is a very very difficult place to play right now,” he says, adding that they have worked with subprime borrowers using their original bridge program but that they’ve kind of pulled back from doing those. As with all programs regardless, their goal is to graduate merchants into better or less costly products later on. We have helped merchants move on to get SBA loans, he maintains.

That all sounds very hands on, and part of it is, Fairbank confirms while asserting that technology does indeed do a lot of the legwork. “There’s absolutely a human element to underwriting these deals,” he says. He also agrees with much of what RapidAdvance chairman Jeremy Brown wrote in a deBanked op-ed titled, The New Normal. Both Breakout and RapidAdvance refer to themselves as technology-enabled lenders, an acknowledgement that tech is a component of the company, not the entire company itself.

“I think we will see the beginning of the demise of fully automated, no manual touch funding,” Brown wrote in his article.

Brown also predicted that the legal system will ultimately impose order on some industry practices like stacking or that a state like New York could take a public policy interest in products he believes have legal flaws. As he was writing that, Governor Cuomo’s office published a budget proposal that redefined what it means to make a loan in the state. And it leaves much to be desired, some sources contend. Two attorneys at Hudson Cook, LLP, for example, published an analysis that demonstrates how its wording is ambiguous and far-reaching.

“What they really need to do is take the time to think through the implications and basically do a full study of the market to ensure that what they’re pushing forward is going to have the desired consequences,” Breakout’s Fairbank offers on the matter.

This doesn’t mean he’s anti-regulation. The company already holds itself to high standards and customer suitability and is a founding member of the Coalition for Responsible Business Finance.

“I personally do believe that there’s bad forms of lending or cash advances in the market and I’m sure that’s what Cuomo thinks as well but at the same time, it’s getting pushed very quickly and they really really ought to step back and do the research to understand the broader implications and to understand what exactly they’re trying to accomplish,” he maintains.

His pragmatism extends to the OCC’s proposed limited fintech charter, which he finds intriguing, assuming it gets buttoned up. “I believe it’s a concept worth pursuing,” he says, explaining that regulators will need to get comfortable with unsecured lending.

In the meantime, he’s optimistic about Breakout’s prospects. “In a time when institutional appetite for alternative finance companies has dried up, we believe our ability to raise a credit facility in this market speaks volumes about what we have already accomplished, our position as a leading player in the space, and our prospects for strong, but measured, growth,” Fairbank is quoted as saying in a company announcement. The company was also invited and joined the Task Force for the PLUM Initiative, a collaboration between the U.S. Small Business Administration (SBA) and the Milken Institute to more effectively provide capital to minority-owned businesses throughout the United States. The Task Force consists of a very select group of industry leaders, who are in positions to improve access to capital in underserved markets, according to the announcement.

While other companies are making adjustments or in his opinion, continuing to make questionable underwriting decisions, Fairbank thinks his formula for success works. “I think that we do look at deals differently than most folks because I intentionally built the core of my underwriting team with folks who are not from this space so they take a more traditional approach and mix it with some of the greatest aspects of alternative finance.”