How an SBA Lender is Managing Through the Shutdown 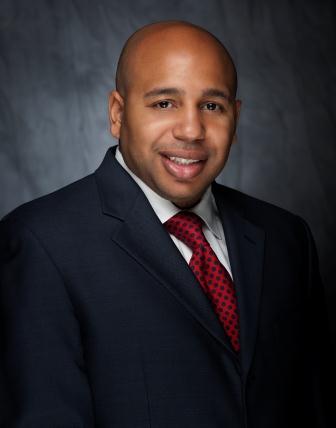 As a result of the U.S. government shutdown that started on December 22 of last year, hundreds of thousands of government employees have been working without pay. The shutdown has also temporarily stopped the Small Business Administration (SBA), a government agency, from operating. This means that obtaining an SBA loan, which is backed by the federal government, is no longer an option for American small business owners. (A lender cannot fund an SBA loan without the authorization of the SBA).

While most SBA loans are funded by banks, a fair amount are also funded by non-bank lenders, like Lendistry, for which 60% of its business came from SBA loans last year. In his 20 year career, Lendistry CEO Everett Sands remembers another government shutdown in 2013. According to data collected by The New York Times, the 2013 shutdown lasted 16 days. As of today, the shutdown has lasted 20 days, and the longest shutdown since 1976 was 21 days.

Sands told deBanked that lenders like him are continuing to process the loans. However, they have to wait until the government re-opens before closing on any new loans. Since Sands and other SBA funders can’t close on the loans, they can’t yet generate money from them. Thankfully for Sands, he just recently started expanding his product offering.

“I think we feel a little bit calmer than we would have last year because we [recently] rolled out [new products,]” Sands said.  “An express line of credit program, a traditional line of credit, an express term product, and a commercial real estate product. So these products will not only keep us busy, but will allow us to weather the storm.”

While SBA loans have been put on hold, Sands said that a government shutdown like this will likely increase the demand for loans in general, particularly among government contractors who are not getting paid.

“Historically, when there’s been a government shutdown, employees get their backpay. The government contractors do not. They just get delayed and pushed back further,” Sands said. “Generally, when people do not receive money, because the bills do not stop, they’re going to turn to resources…like lending organizations.”

As for SBA loans, once the shutdown is over, there will be a backlog, Sands said. He said that the SBA generally approves their loans in two days or less, but thinks that the approval time will probably move to 5 to 10 days if the shutdown stopped yesterday.

Sands joins most of the country in hoping that the shutdown will end soon. As it relates to his business: “I think it’s important to be able to offer clients all products that should be available to them, [including] the longer term [SBA] products which equals better cash flow. And if you think about it as a lender, you want to put your clients in the best position to pay you back.”

Despite the shutdown, 2018 was a very successful year for Lendistry with SBA lending. The company closed 92 SBA loans totaling $17.5 million and they have only been approved for SBA lending since June 2017, and only in California.

Founded in 2014, Lendistry employs 23 people. They offer loans of up to $1 million to small businesses in a variety of industries from restaurants to healthcare providers.

Home › Business Lending, Regulation › How an SBA Lender is Managing Through the Shutdown