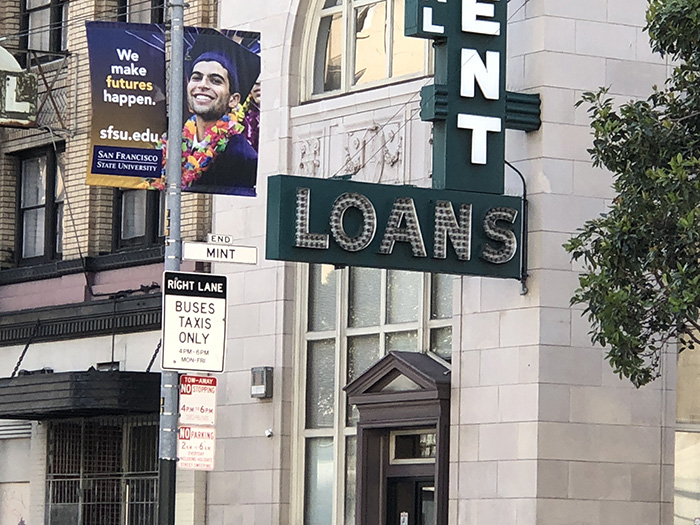 At Money 20/20 a few weeks ago, SoFi CEO Anthony Noto said that eventually the online lender will need to open some physical locations, not unlike ATM machines, for people who get paid in cash.

The notion of an online lender opening up physical locations sounds ironic. But it would not be the first time a company that started by providing an online solution then opened up physical locations. Amazon’s book stores, which first opened in New York in 2017, is a prime example. The e-commerce giant, which started as a uniquely online-only company, now has more than a dozen book stores. Similarly, Bonobos, which started as an online-only men’s clothing solution – that simplified shopping by avoiding physical stores – now has over 50 brick and mortar locations.

“A few years ago, being online and having a fast-growing Instagram was enough to drive market share away from main street and into our e-commerce stores,” according to a Forbes post this year, “but the amount of brands selling online is reaching such a high number that getting noticed is becoming harder and harder.”

While retail and lending are different businesses, the idea of getting noticed could apply to both.

With the increasing popularity of e-commerce and digital solutions to everything, including banking and lending, some have said that brick and mortar banking is on its way out. But data contradicts this. According to an American Banker story from March of this year, JPMorgan Chase said it intends to open as many as 400 new branches in Boston, Philadelphia and Washington, D.C. And Bank of America announced plans to add about 500 branches. On the other hand, according to the story, Wells Fargo closed 214 bank branches in 2017 and said it plans to close more than 1,000 by 2020.

But a survey released this year by J.D. Power, a research company, found that most customers prefer to open accounts and get financial advice in person.

The ultimate brick and mortar location in the world of lending is the payday lending store, which serves – or targets – the low end of the consumer market living paycheck to paycheck. Still, that is industry is alive and well, with about 12 million American taking out loans at physical stores like these, according to Finder.com. And online lenders like Elevate are actively trying to poach customers of these stores.

Lending professionals are using of brick and mortar spaces creatively these days. Brother James and John Celifarco recently moved their ISO shop to a storefront in Brooklyn, and many of their clients are neighboring small businesses.

“Obviously you can’t build an entire business on just these two streets,” John said, “but it’s extra business that we wouldn’t have had if we weren’t here.”