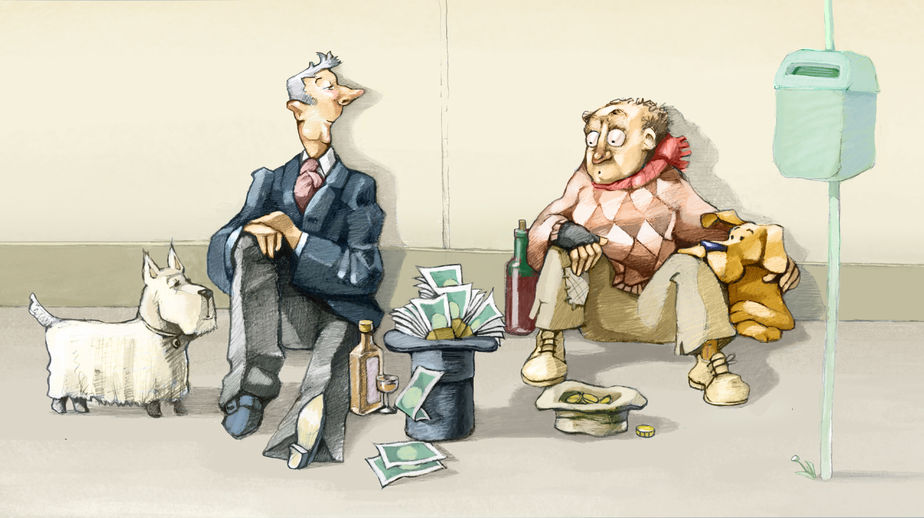 Two months ago, a billionaire hedge-fund manager named Philip Falcone, the 377th richest person in the United States who once “put the squeeze on Goldman Sachs,” led a Virginia-based investment group to make a strategic purchase of a local Telemundo TV station in Columbus, Ohio. The seller, a company led by local businessman Richard Schilg, pocketed a lavish sum of $850,000, according to the Columbus Dispatch.

Two months later, Schilg, who is 61-years old, had become so poor and destitute that he would have to sell his furniture just to buy food. That’s what Bloomberg Businessweek says of Schilg in its purported tell-all piece about predatory lending. Though Schilg successfully negotiated a deal with a Wall Street billionaire, he apparently was outmatched and “unable to defend himself” when it came to much less sophisticated transactions at his other business, Pathmark HR, a human resources company located 15 miles outside of Columbus.

Pathmark HR is anything but small. At the end of 2017, Schilg’s company was on track to gross $20 million a year in sales. Along the way, he engaged in commercial finance transactions that required the sale of future receivables, non-loan arrangements that businesses use to fuel their growth.

They did not go as planned. Multiple financial companies obtained judgments to enforce the contracts that Pathmark HR had entered into, NY State court records confirm. Schilg told Bloomberg Businessweek that “your life is ruined by their contract.”

But if that’s the case, it stands to reason he wouldn’t enter into one again.

Pathmark HR kept applying for more of these things, industry insiders told deBanked, though the stream of judgments filed against his business from competitors offering similar products have served as a veritable red flag for underwriting departments. That would’ve created a problem for Pathmark HR if it intended to rely on that type of capital going forward.

That’s when a straw man appeared.

According to a purported (and admittedly unauthenticated) corporate resolution reviewed by deBanked, Schilg appears to have transferred his majority interest in Pathmark HR to an 82-year old minority shareholder named Robert Renzetti, who lists a small mobile home more than 1,000 miles away in Sarasota, FL as his residence.

There’s a catch. The corporate resolution (dated in 2017) says that Schilg can just buy the shares back from Renzetti in the future. Either way, several finance companies said they received applications for capital from Pathmark HR up through and including this year, with only Renzetti’s name and information included. Schilg’s is nowhere to be found.

Telemundo airs on the TV station owned by Richard Schilg

Schilg, who Bloomberg Businessweek portrays as so poor that he’s more-or-less eating his household furniture to stay alive, is the former founder, chairman and CEO of Team America Corp, a staffing organization that grew to more than $350 million in annual sales by 1999. That’s more than $500 million at today’s value, larger than almost every single alternative funder that deBanked ranked in 2018.

Meanwhile, the only thing that separates Schilg from the sale of his TV station to a billionaire is FCC approval. Hopefully the man has enough furniture to see it through.


This is the second in a series of articles relating to a fanciful tale in Bloomberg Businessweek
Last modified: December 16, 2018