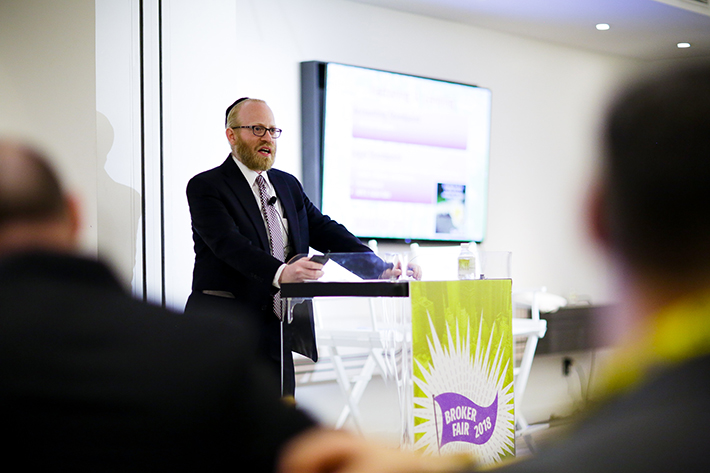 Yoel Wagschal, an accountant who specializes in servicing MCA funding companies, told deBanked today that he will now be the CFO for Last Chance Funding (LCF), which has been one of his clients for about five years. Wagschal said he will maintain his private accounting practice, spending half the week working for LCF and the other half running his own business, serving other clients, mostly in the MCA space.

“I always treated my clients like I was a part time CFO,” Wagschal said. “Yes, it’s a little different to be the officer of one particular company, and that’s why I feel it’s important to make this announcement so my clients or prospective clients know that I am an officer, officially, of Last Chance. You can either embrace it, or not.”

For those who might see this arrangement as a conflict of interest, he argued that this has essentially always been the case since he has two dozen MCA clients.

“If the accountant is honest and doesn’t exchange information from one client to another, his knowledge will only be better, and [the client] will gain from having an accountant with other clients in the same space.”

Wagschal said he believes that every company needs a CFO. And being a part-time, per diem CFO, largely in the MCA space, has been his niche for the past 15 to 20 years.

Already, Wagschal has eliminated some jobs in LCF’s accounting department by creating a more efficient system, he said. (No one was fired; a few employees were just moved elsewhere). Wagschal believes that many accounting departments are often too big and that great leadership actually frees up time for a company.

“If you have proper accounting procedures in your company, then the compliance and the reporting comes so easy, it’s a piece of cake,” Wagschal said.

LCF’s owner and CEO Andy Parker is very excited about Wagschal’s new role at the company.

“I have never come across a more talented accountant in the MCA space,” Parker said of Wagschal.

Parker said that since he co-founded the Long Island-based company in 2011, they have seen triple digit growth year after year.

“As we continue to grow, we really needed a serious level accountant and we’re glad Yoel accepted the position,” Parker said.

Wagschal’s introduction to the MCA industry was a dramatic one. As a forensic accountant, he had contacts with tax attorneys, one of whom introduced him to the owner of an MCA firm whose partner had made a really costly mistake. Instead of sending an agreed-upon $9,600 to a merchant, he accidentally added an extra zero to the end and $96,000 was sent to that merchant. In what Wagschal described as a “very intense” experience, Wagschal drove to the town where the merchant operated from and said he rescued the money within 48 hours of being contacted.

But beyond this initial Indiana Jones-esque introduction to the MCA industry, Wagschal said that he began to see a void.

“It was a very new industry. People were confused, and I saw an opening,” Wagschal said.