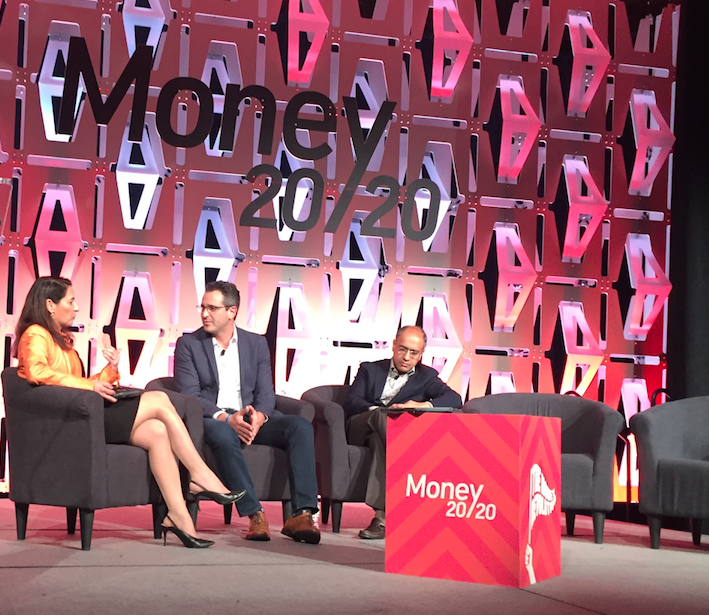 In the wake of OnDeck’s announcement of ODX, a new subsidiary that will service banks, OnDeck CEO and Money 20/20 veteran Noah Breslow took to the stage for a discussion with his new business partner, Lakhbir Lamba, Head of Retail Lending at PNC Bank. PNC will now be using ODX to originate lines of credit for the bank’s small business customers, while everything will stay on PNC’s balance sheet.

“We’re keeping a laser focus on small business lending,” Breslow said, when asked if OnDeck would begin to serve other segments of the market, like student or auto loans.

“The problems that small businesses face are worldwide,” Breslow said, indicating that the company has interest in expanding service to small businesses internationally. Already, OnDeck operates in Canada and Australia.

The moderator asked if an application that is rejected by PNC would become a lead for OnDeck. Breslow and Lamba said that is not currently the arrangement, but that it may be a possibility.

“Our goal [with ODX] is to service banks,” Breslow said, while acknowledging that banks serve a different kind of small business customer than OnDeck.

“We will make sure that we underwrite based on PNC’s risk appetite,” Breslow said.