UCS-BizBloom Deal Could Be First of Many


United Capital Source (UCS) was chosen to service BizBloom’s book of business, according to UCS CEO Jared Weitz. After BizBloom’s president, Thomas Costa, stepped down, the company’s main investor assumed control and arranged for the company’s portfolio of merchants to be serviced by UCS. Weitz told deBanked that he was familiar with the BizBloom investor previously.

“When [they] reached out to me, I knew it was something we would be able to do,” Weitz said. “Between the experience of our account reps, our CRM, our technology that helps us, and our existing relationships, we knew we could take on the additional work, no problem.”

UCS will now control servicing BizBloom’s old portfolio, helping to place renewals. Weitz said he has a confidential financial arrangement with them.

“This type of arrangement is extremely common in finance,” Weitz said. “For instance, when Bizfi went out of business, Credibly was servicing their portfolio.” 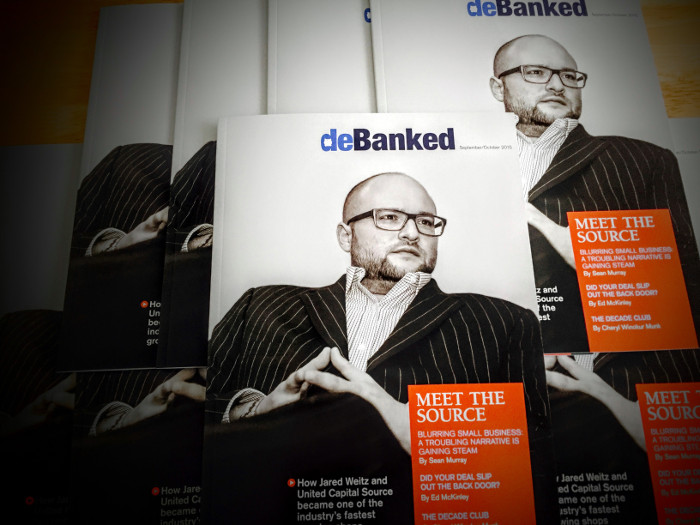 “It got me thinking that if there are any additional ISOs out there that aren’t growing, aren’t happily performing, or are just looking to get into something else, but have an existing book, UCS would look to service that as well,” Weitz said.

It turns out that BizBloom’s merchants are very similar to the ones that UCS services. And many of the merchants are funded by the same companies that UCS already has relationships with. When UCS opened in 2011, they initially brokered cash advance deals exclusively. But since then, they have added equipment financing, business term loans, business lines of credit and factoring, among other products. They service merchants in a variety of industries, from fitness centers to hotels to gas stations. According to Weitz, 98% of the company’s leads come from its internal marketing team.

Home › Business Lending, merchant cash advance › UCS-BizBloom Deal Could Be First of Many