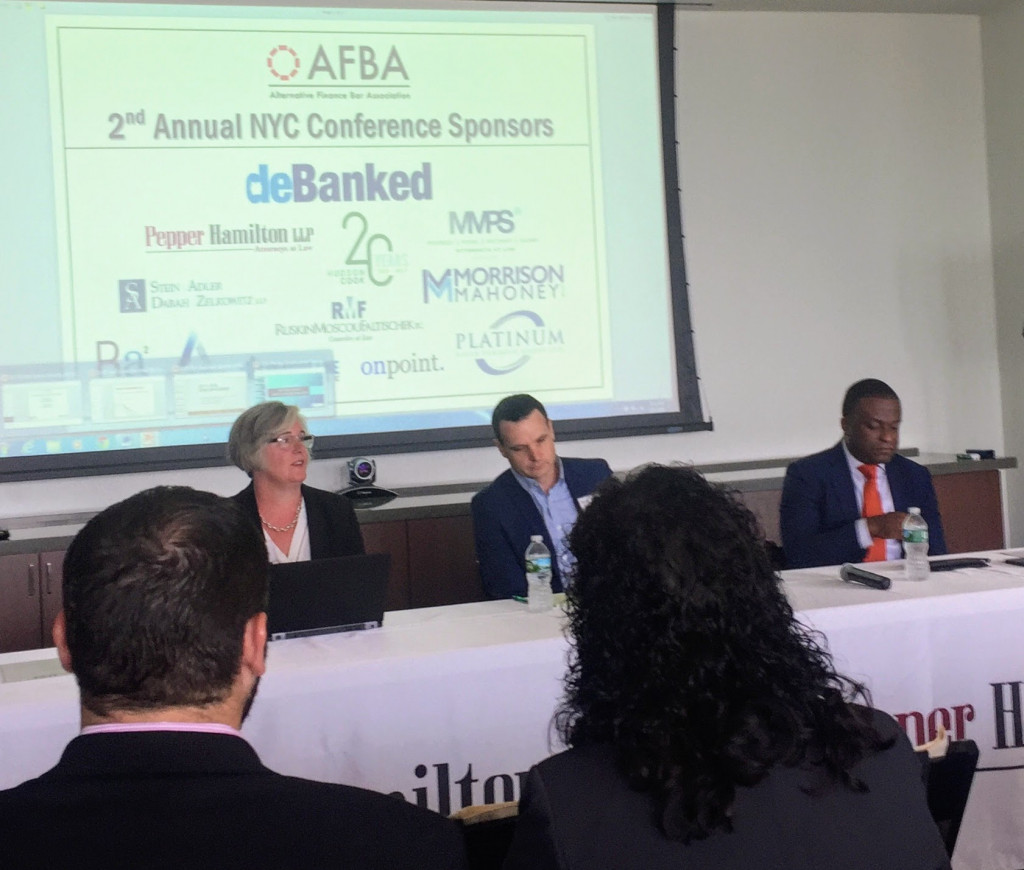 They came for a day of learning about the latest legal developments pertaining to alternative finance, and MCA in particular. Seminars at the conference had names like: “Credit Facilities 101: What an Alternative Finance Company Can Expect,” “Syndication Relationships: Partner? Participant? Investor?” and “Bankruptcy Developments: The Rise of the Adversary Proceeding.”

“I think it’s like heaven for a new attorney in the MCA world,” said Judith Ramos, who is Corporate Counsel at McKenzie Capital in the Miami area.

Another attorney somewhat new to the MCA space and eager to learn more was Alexis Shapiro, General Counsel at Forward Financing in Boston.

“This was one stop shopping to learn about the latest legal developments in the MCA industry,” Shapiro said.

In one seminar, called “Updates on Recent Case Law,” attorney panelists Steven Berkovitch of ABF Servicing and Adam Stein and Christopher Murray of Stein Adler Dabah and Zelkowitz, discussed the positive impact of the Pearl Beta Funding v Champion Auto Sales decision in New York. They spoke about how judges have dismissed lawsuits against their MCA clients by referencing this decision, which establishes that MCA deals are not loans.

Murray reviewed the current climate with regard to MCA cases in New York, California, Texas and Utah. And one panelist emphasized the importance of simply being knowledgeable about the industry by relating a story of an MCA defense lawyer who, when asked by a judge about the interest rate on a particular MCA deal, fumbled and gave a percentage. (MCA deals do not have interest rates given that payments are subject to change over time). 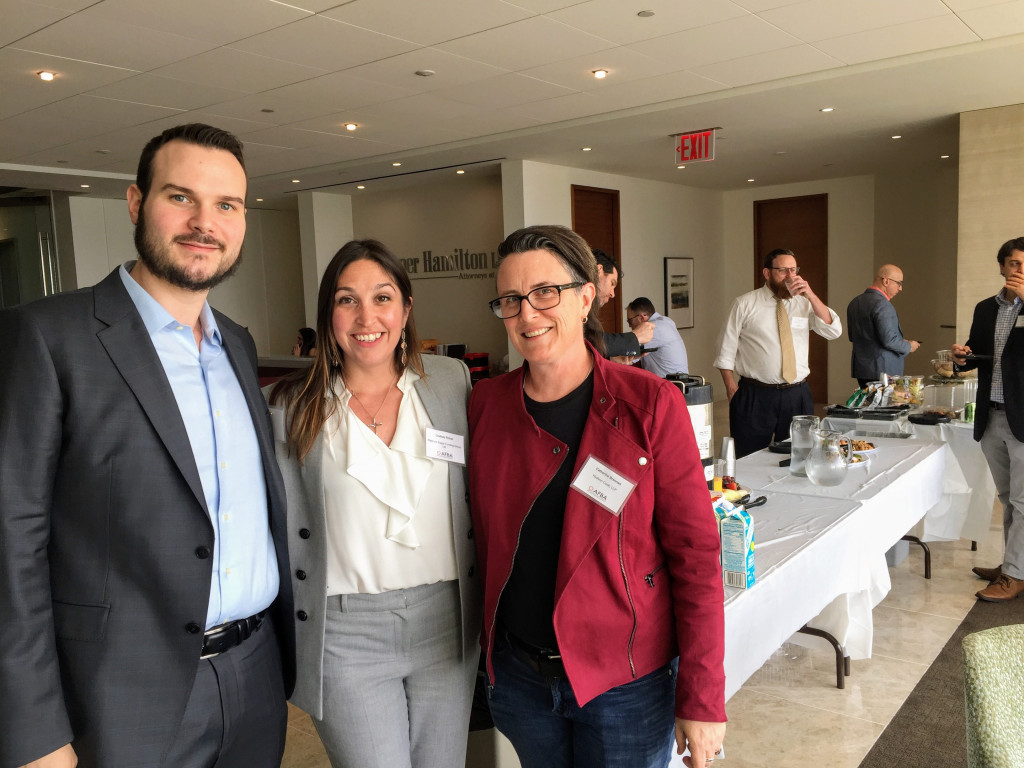 Later, Gregory Nowak, a partner at Pepper Hamilton, entertained the crowd with a few jokes before diving into the details and the risks of syndication. The conference was held at New York offices of Pepper Hamilton, with expansive views of the Hudson River.

“We are energized by the response of so many attorneys from different backgrounds in this emerging and evolving industry,” said one of founders of the AFBA, Lindsey Rohan, General Counsel at Platinum Rapid Funding Group in Long Island.

AFBA’s other founders are Kate Fisher, partner at Hudson Cook outside of Baltimore, Patrick Siegfried, Assistant General Counsel at Rapid Advance in Bethesda, MD, and Murray, attorney at Stein Adler outside of New York City. 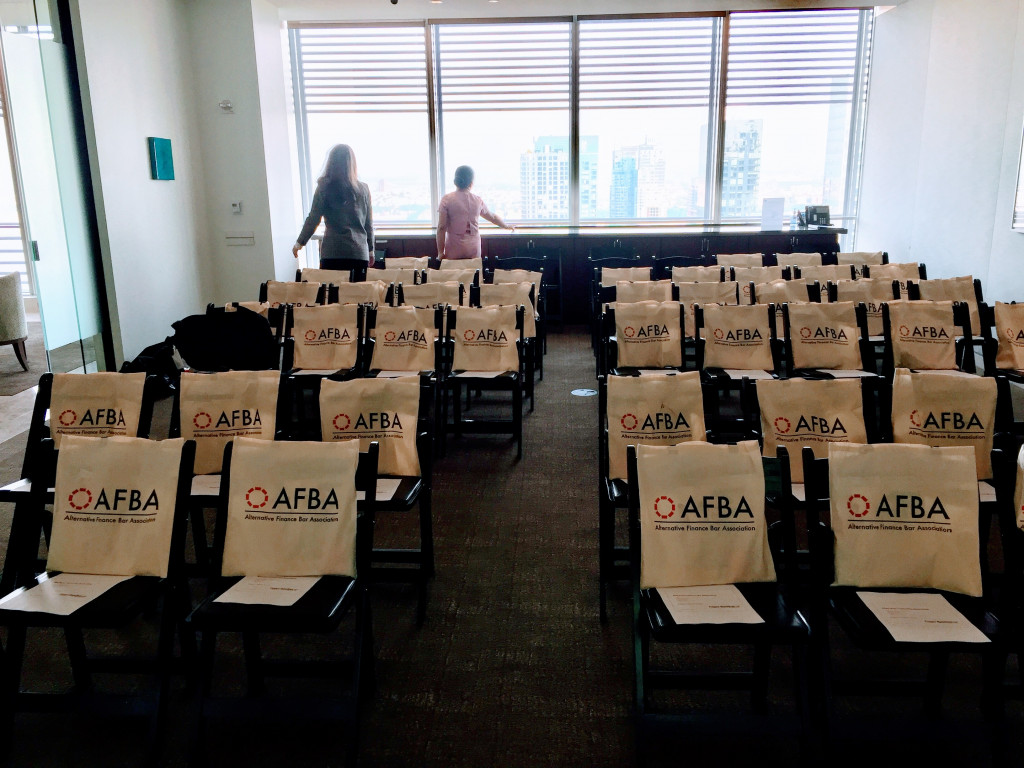 Robert Cook, one of Hudson Cook’s founding partners, was at the conference. He told deBanked that he remembered back in 2006 when an investment bank client asked his firm to do due diligence on a merchant cash advance company.

“We didn’t know what that was,” Cook said. “The client looked around for a law firm that had experience with MCAs. They couldn’t find any. So they came back to us and said, ‘You’re going to have to learn.’”

More than a decade later, MCA is no longer so obscure and the AFBA has at least three more planned events in 2018. The next event will be a cocktail reception on October 24th. 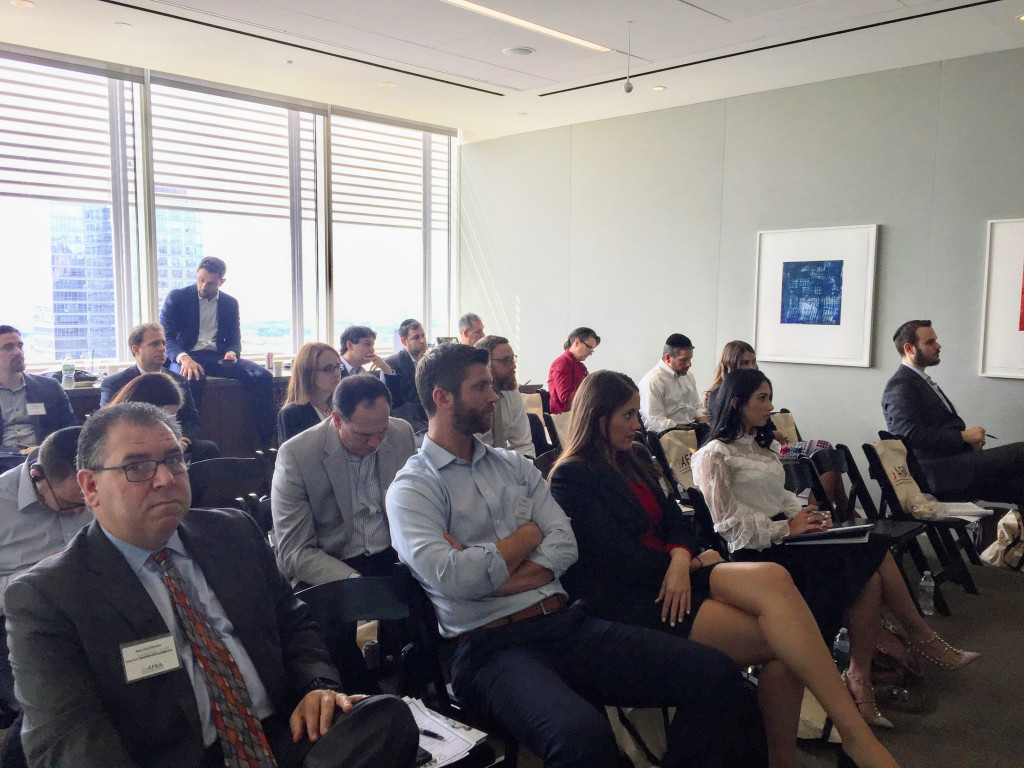 deBanked was also a sponsor of the second annual AFBA conference.