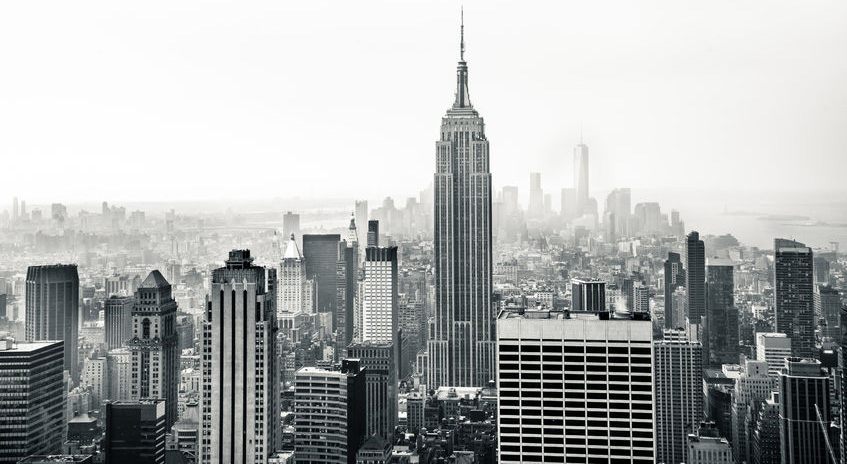 New York Governor Andrew Cuomo’s proposed budget includes a legislative proposal to “allow the Department of Financial Services (“DFS”) to better regulate the business practices of online lenders.”1 This legislation, which would amend Section 340 of the Banking Law, could have a dramatic impact on lending and brokering loans to New York businesses, as such lenders would have to obtain licenses to engage in business-purpose lending and could only charge rates and fees expressly permitted under New York law.2 It may impact the secondary market for merchant cash advances. If passed, the licensing requirements will take effect January 1, 2018.

The proposed law would amend NY Banking Law § 340 to require anyone “engaging in the business of making loans” of $50,000 or less for business or commercial purposes to obtain a license. The term “engaging in the business of making loans” means a person who solicits loans and, in connection with the solicitation, makes loans; purchases or otherwise acquires from others loans or other forms of financing; or arranges or facilitates the funding of loans to businesses located or doing business in New York.

Although the proposed law would require a license only for a person who “solicits” loans and makes, purchases or arranges loans, the DFS takes the position that the licensing law (as currently enacted) applies broadly and that “out-of-State entities making loans to New York consumers . . . are required to obtain a license from the Banking Department.”3 As a result, there is probably no exemption from licensing for a person who does not “solicit” loans in New York.

The potential impact of the legislation is significant.

Licensing Required and Most Fees Prohibited. New York law already requires a lender to obtain a license to make a business or commercial loan to individuals (sole proprietors) of $50,000 or less if the interest rate on the loan exceeds 16% per year, inclusive of fees. The proposed law would require any person who makes a loan of $50,000 or less to any type of business entity and at any interest rate to obtain a license. And a licensed lender is governed by New York lending law that regulates refunds of interest upon prepayment;4 and significantly limits most fees that a lender can charge to a borrower, including prohibiting charging a borrower for broker fees or commissions and origination fees.5

Essentially, the DFS will regulate lenders who originate loans to businesses of $50,000 or less in the same manner as consumer loans of less than $25,000. The proposed law would exempt a lender that makes isolated or occasional loans to businesses located or doing business in New York.

Potential Effect on Choice-of-Law. The proposed law could lead courts to reject contractual choice-of-law provisions that select the law of another state when lending to New York businesses. With new licensing requirements and limits on loans to businesses, a court could reasonably find that New York has a fundamental public policy of protecting businesses from certain loans, and decline to enforce a choice-of-law clause designating the law of the other state as the law that governs a business-purpose loan agreement.

For example, the holding of Klein v. On Deck6 might have come out differently if New York licensed and regulated business loans at the time the court decided it. In the Klein case, a business borrower sued On Deck claiming that its loan was usurious under New York law. The loan contract included the following choice-of-law provision:

“[O]ur relationship including this Agreement and any claim, dispute or controversy (whether in contract, tort, or otherwise) at any time arising from or relating to this Agreement is governed by, and this Agreement will be construed in accordance with, applicable federal law and (to the extent not preempted by federal law) Virginia law without regard to internal principles of conflict of laws. The legality, enforceability and interpretation of this Agreement and the amounts contracted for, charged and reserved under this Agreement will be governed by such laws. Borrower understands and agrees that (i) Lender is located in Virginia, (ii) Lender makes all credit decisions from Lender's office in Virginia, (iii) the Loan is made in Virginia (that is, no binding contract will be formed until Lender receives and accepts Borrower's signed Agreement in Virginia) and (iv) Borrower's payments are not accepted until received by Lender in Virginia.”

The court concluded that this contract language showed that the parties intended Virginia law to apply. However, the court also considered whether the application of Virginia law offended New York public policy. The court compared Virginia law governing business loans against New York law governing business loans, and decided that the two states had relatively similar approaches. As a result, the court found that upholding the Virginia choice-of-law contract provision did not offend New York public policy.

The loan amount in the Klein case was above the $50,000 threshold for regulated loans in the proposed New York law, so this exact case would not have been affected. However, the court’s analysis in the Klein case would have been the same for loans of $50,000 or less. Accordingly, the new law could cause a New York court to reject a contractual choice-of-law provision.

Effect on Bank-Originated Loans. This proposed law apparently would not directly affect loans made by banks that are not subject to licensing under the statute.7 But, the law would require non-banks that offer business-purpose lending platforms that partner with FDIC-insured banks to obtain a license to “solicit” loans. And, it is possible, that the DFS could later, by regulation or examination, prohibit such licensees from soliciting loans at rates higher than permitted under New York law.

Because the new law would require a license to “arrange or facilitate” a business loan of $50,000 or less, ISOs and loan brokers would need a license. As mentioned above, a licensed lender is prohibited from charging broker fees or commissions. It is not clear at the moment whether an ISO or loan broker could contract directly with the borrower for a commission.8

1   See https://www.budget.ny.gov/pubs/executive/eBudget1718/fy18artVIIbills/TEDArticleVII.pdf, page 243. Although not discussed in this article, the proposal would also impose new licensing requirements on certain consumer lenders.

3   See http://www.dfs.ny.gov/legal/interpret/lo991206.htm The term “solicitation” of a loan includes any solicitation, request or inducement to enter into a loan made by means of or through a direct mailing, television or radio announcement or advertisement, advertisement in a newspaper, magazine, leaflet or pamphlet distributed within this state, or visual display within New York, whether or not such solicitation, request or inducement constitutes an offer to enter into a contract. NY Banking Law § 355.

Catherine M. Brennan is a partner in the Hanover, MD office of Hudson Cook, LLP. Cathy can be reached at 410-865-5405 or by email at cbrennan@hudco.com.

Katherine C. Fisher is a partner in the Hanover, MD office of Hudson Cook, LLP. Kate can be reached at 410-782-2356 or by email at kfisher@hudco.com.