“Bitcoin Lending As a Concept Has Problems” 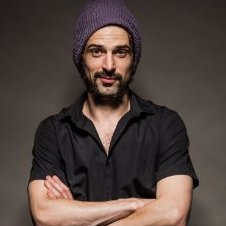 As the trillion dollar alternative lending market expands, it is bringing into its fold newfangled and unproven investing practices like bitcoin lending. While bitcoin lending upstarts like LoanBase, BTCJam, Bitbond woo investors with attractive returns and push its cause for a diversified portfolio,  researcher Brett Scott who studies economic systems is less convinced that bitcoin as an alternative currency will save the day. In his paper for the United Nations, Scott argues that it will still be a while until it brings about actual change in terms of financial inclusion and development.

deBanked spoke to Scott about bitcoin lending and its deficiencies as a loan product. Here are the excerpts from the email interview.

Bitcoin lending could be very positive in principle but in practice, though, the concept still has many problems. Firstly, Bitcoin is not anchored into any national economy. A currency like the Pound is legal tender in a particular geographical area and is widely accepted by everyone within that geographical area. Indeed, if a person in Britain wants to take part in the economy they pretty much have to use the Pound, and if they don’t they will face exclusion. Bitcoin is not like this. It might be accepted but it is not required to be accepted, and a person who doesn’t accept it doesn’t face exclusion from the economy. Thus, while I can buy certain types of goods with Bitcoin – like Pizza at the Pembury Tavern in London – it is not guaranteed to command goods and services anywhere.

On Bitcoin for business needs

This is a problem if you’re borrowing Bitcoin to start a business. If you’re borrowing money, you ideally want the money to be useful for buying a wide range of goods and services that will then enable you to start the business, and you then use your business to earn money with which to pay the loan back. If I get a Bitcoin loan, I’m probably going to struggle to use it to buy all the things I need to start a business – can I buy a computer, for example, or a scooter for delivering goods?

Also, Bitcoin is unstable in its purchasing power. If you are borrowing money, you want to have some degree of certainty as to what amount of goods and services that money will be able to purchase. I don’t want to get the loan thinking it will be enough to cover three months of business operations, and then discover than it can only cover two months of operations.

On Bitcoin and currency conversion

While businesses might borrow in Bitcoin, it will normally be earning income in a normal national currency. This poses a currency conversion risk in which your assets produce income that is in a different currency to the one required to pay off your liabilities. One response to this is just to accept the risk that the value of the currency your income is in doesn’t depreciate relative to Bitcoin. This basically means that you’re doing currency trading in addition to trying to focus on your core business though. Your business success really should be based on how well you run your operations, rather than how lucky you are about changes in currency values.

Big corporations that operate in multiple countries using multiple currencies deal with this by entering into currency derivative contracts with big investment banks, in which they hedge their currency risk, but right now there is not a well-developed market in Bitcoin currency derivatives. This doesn’t mean such a market won’t develop, but it will take some time still.

One alternative to this is to structure the Bitcoin loan in such a way that it is tied or pegged to a national currency, such that the amount of Bitcoin you have to pay back adjusts depending on how the value of Bitcoin changes. You’re going to have to convince the person that is giving the loan that this is a good arrangement though.

Both the lender and the borrower might think of the Bitcoin system as more of payments system instead of a currency in itself. Thus, someone in Britain might want to lend £10 000 to someone in India, so they take £10 000 and use it to buy Bitcoin on a Bitcoin exchange, then they send that Bitcoin to the person in India, who immediately sells it on an exchange for 945000 Rupees.

Furthermore, the person who is lending prices the loan in Pounds rather than Bitcoin. What has essentially happened here is that the loan is really in Pounds but the Bitcoin system was used as a way to transfer it into Rupees, rather than using the normal bank payments system to do that. Then, when the person wants to send interest payments back, they use Rupees to buy Bitcoin and send the Bitcoin to the UK person, who immediately uses it to buy Pounds. It’s possible that this – somewhat elaborate – process might end up being cheaper than using the normal international payments system, but you’d need to investigate that further.

Home › Bitcoin › “Bitcoin Lending As a Concept Has Problems”