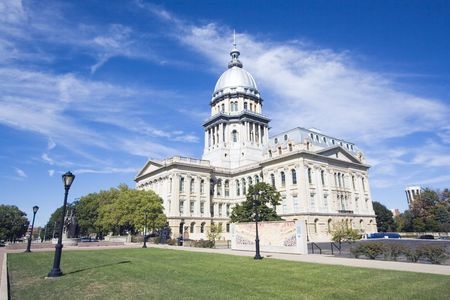 OnDeck we mean you

Spencer M. Cowan, Senior Vice President for Research, Woodstock Institute, also testified during the hearing and referenced OnDeck specifically. “The terms do not, without calculations that few people can make, let the borrower know that the loan will take a full year to repay with an effective interest rate of just under 70 percent,” he said. Cowan’s position was that banks need to lend more so that small businesses don’t need such alternatives. “If businesses do not have access to loans from banks, then they are probably going to resort to the same types of strategies as consumers who can’t get small loans from banks,” he said.

Cowan cited a report he prepared 18 months ago that examined the relationship between banks and the racial makeup of the small business owners they lend to. The sources he cited about alternative lending were blog posts written by industry critic Ami Kassar.

Unsurprisingly, the Illinois Bankers Association (IBA), who was not even invited to the hearing, felt compelled to issue a public statement. In a letter addressed to Chairperson Jacqueline Collins, the IBA was rather protective of their own interests. “We share the Committee’s concern with the proliferation of these under-regulated lenders, sometimes known as ‘fintech’ companies,” they stated. “This relatively new ‘shadow banking’ industry — unlike traditional financial institutions — is in many respects unregulated. Consequently, some bad actors are engaging in predatory lending practices with repayment terms that too often are forcing small business customers into cycles of debt.”

However they tapered down the rhetoric and made a technology-forward plea. “We do think it is important for lawmakers to preserve the benefits of lending innovations, and to ensure that mainstream financial institutions are not prevented from adopting technologies that result in better customer service,” they said. “For example, mobile lending interfaces and faster loan approvals, with appropriate safeguards, provide many potential benefits and match changing customer needs and expectations. We should seek to preserve these innovative solutions that benefit entrepreneurs and small businesses, while at the same time curbing abusive lending practices.”

A public digital transcript of the hearing is not currently available.