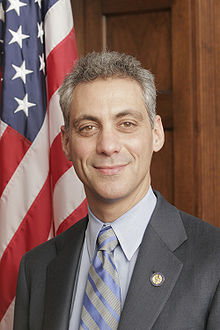 FOX 32 in Chicago is reporting that Mayor Rahm Emanuel is going on the offensive against merchant cash advance companies. Specifically it says,

The article states that business owners have turned to the City of Chicago for help in paying back loans with high rates of interest.

While the mention of APRs reaching into the ranges of triple digits is supposed to shock you, one business lender that charges such rates recently went public and had been backed by Google Ventures, Fortress Investment Group, Goldman Sachs, and Peter Thiel.

Less than 30 days ago we were celebrating these companies as the solution to a problem that has plagued small businesses for all time, access to capital.

While Emanuel is obviously famous for being the 23rd White House Chief of Staff and Obama’s right hand man for a period in his first term, he is not the first mayor to consider the role merchant cash advance companies and high interest business lenders have in cities across America.

All the way back in 2008, the U.S. Conference of Mayors (USCM) adopted a resolution titled, Protecting Main Street Small Business Owners from Predatory Lenders, from which some of the excerpts below are from:

WHEREAS, merchant cash advance companies have already lent approximately $2 billion at egregious rates and have been quoted in leading main stream media publications such as Forbes, Business Week, Dallas Morning News, and American Banker claiming that their new originations have increased 75% in the first half of 2008

WHEREAS, as with payday lenders and predatory lenders in the home mortgage community, Mayors need to take a leadership role to scrutinize predatory merchant cash advance companies, educate small business owners of the dangers posed by these firms, and increase awareness and promotion of alternative, more affordable funding sources to support this vital segment of our economy

BE IT FURTHER RESOLVED, that to protect the general health and viability of their small business communities, cities should investigate whether they can effectively regulate or ban merchant cash advances.

3 months after this resolution was passed, Lehman Brother’s collapsed and the economic crisis was in full swing. 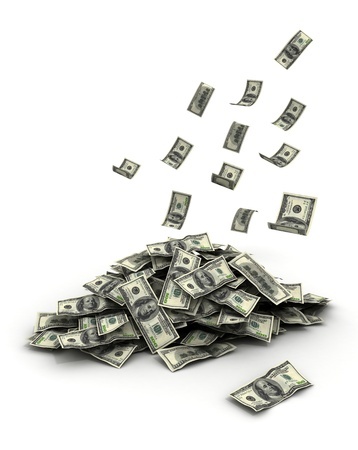 According to a few industry leaders familiar with the 2008 mayoral resolution, UCSM privately retreated from their stance when all other types of commercial lending had dried up. Their seeming reversal, though not publicly stated invited merchant cash advance companies into their communities at the moment when Main Street was arguably at its weakest.

Who do they think rolled up their sleeves and kept local economies alive when things were at their worst?

While non-bank funding can obviously be expensive, countless business owners have praised merchant cash advances in particular as a solution that came through when none other were available.

Emanuel will learn that companies such as Square and PayPal are part of the crowd that provides merchant cash advances. This is not a shadow industry. Non-bank business-to-business financing is already becoming less expensive nationwide.

According to Fox, the Commissioner of the Chicago Department of Business Affairs and Consumer Protection said the goal is to offer small business owners loans at affordable rates with full disclosure.

Merchant cash advance companies would undoubtedly feel the same way. The dilemma is that advocates of affordable rates tend to really mean single digit rates. When single digit rates are not possible given the risk, they seem to argue that no financing should be given at all, leaving the business to fail or miss out on an opportunity. That’s the exact type of flawed thinking alternative financing companies address…

Ironically, a report from the Federal Reserve Bank of Cleveland last week concludes that small business job creation is lagging with a possible culprit being a lack of access to credit.

Coming out of the most recent recession, however, job creation by small businesses has lagged, and the new business formation rate continues to fall. While it is not clear that these trends are driven by weaker borrowing or limited access to loans, it is evident that businesses need adequate credit to succeed and grow. As such, policy makers should not lose sight of the trends related to small business credit, even with the recent positive reports showing improvements.

And of course in a supposed exposé on merchant cash advances that aired on Chicago Public Radio in November, clips of an interview I did with them were aired to fit the narrative of merchant cash advance as predatory. When asked by the interviewer what a small business owner should do if they didn’t understand a contract, I advised that they hire an attorney or an accountant, and if they couldn’t afford those then to find somebody they felt qualified to offer an opinion. “They should always get a 2nd set of eyes to review a contract if they don’t understand,” I said.

My advice did not air, nor did my explanation that there were two separate types of products that they were confusing as one, one being loans and the other being purchases of future receivables. I suppose it didn’t fit the characterization they were going for.

As quoted in Fox, Financial Advisor Kent Travis advised business owners to “read the documents, don’t sign anything on the spot, make sure you read it thoroughly and if you have trouble understanding it seek the advice of an advisor, CPA, an attorney or a financial planner.”

I couldn’t have said it better myself because I already did.

And in an interview I had with former Congressman Barney Frank, a chief architect of the Dodd-Frank Wall Street Reform and Consumer Protection Act, Frank voiced his opposition to regulations on business-to-business lending in early 2014.

There’s one thing the Fox story does mention that’s hard to argue with and that’s the need for greater transparency. I am all in favor of that.

—————–
For those that haven’t already signed up, this is a reminder that the Law Office of Pepper Hamilton LP is hosting a lunch at their office in New York on January 27th to specifically discuss the merchant cash advance industry’s future.

Interested in discussing legal issues, best practices, and the path forward for alternative business financing? Are you an ISO or funder interested in sharing your thoughts? Send me an email to let me you know if you’d like to attend. sean@debanked.com.