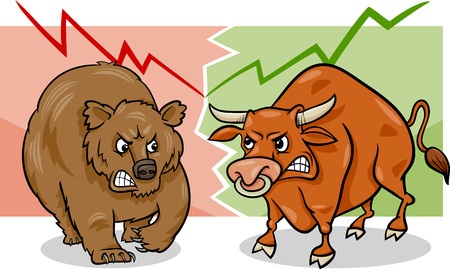 The premium might be gone in peer-to-peer lending, but a step forward is definitely still better than three steps back. Probably the most frustrating thing for long term investors in the stock market is the day-to-day volatility. Some of it’s rational, and some of it’s just, well, who knows…. it’s the stock market.

It’s a hopeless feeling to see your stock portfolio balance drop substantially all because something is happening in China. But if you’ve diversified your overall investment portfolio beyond just stocks, it’s not all bad right now. It’s actually a bit of a golden era.

These investments are a wonderful balance to the stock market because they don’t care what’s happening in China either. It’s times like these though when you need to be patient and not overreact. The easy mistake to make right now is to substantially reallocate your portfolio so that the majority of your capital is in marketplace loans.

LendingMemo’s Simon Cunningham believes that having 20% of your portfolio in peer-to-peer lending investments is reasonable.

And Lend Academy founder Peter Renton told Equities.com last year that, “The official word from the platforms is that you should not invest more than 10 percent of your net worth.” He also went on to say that some people are putting half their life savings into this and that it’s probably not a good idea.

And he’s right. As volatile as stocks can be, your steep loss today can be erased by a rally tomorrow. With notes backed by the performance of loans, a loss today can’t just rally back tomorrow. When the loans go bad, the money is gone and thus the risk of loss is a little bit more permanent since you can’t just ride it out.

I think that’s probably a best case scenario in a worst case scenario. Everyone should plan for events or contingencies that will lead to losses. If there were no possible outcomes that could lead to losses, then the market has obviously mispriced the loans and I don’t believe that has happened.

One nightmare scenario to consider for example, is if the loans are invalidated by a court. Oddly enough, this very possibility is being discussed after the outcome of the Madden v. Midland ruling which hurt the reliance on chartered banks to originate loans. Lending Club’s CEO answered concerns over that by saying they were protected by their choice of law provision, a safeguard that just recently proved to be imperfect.

As Patrick Siegfried, Esq, wrote, “Last Thursday, the Attorney General of North Carolina was granted an injunction against Western Sky Financial and CashCall prohibiting them from offering any loans to North Carolina consumers or collecting on any outstanding accounts in that state.” The companies pointed to their choice of law provisions that supposedly made the rates permissible. This practice is actually commonplace for alternative lenders. But Siegfried said, “Because the Attorney General was not a party to the agreements, the court found that the Attorney General was not bound by the agreements’ choice of law. Therefore it could enforce North Carolina’s usury laws against the defendants.”

Now however remote the possibility of judicial or regulatory invalidation of loans, it is sobering possibilities like these that should prevent anyone from putting half their life savings into marketplace lending. It is a nice complement to a portfolio of stocks, but not a replacement for one.

Over the last week, my marketplace lending portfolios have been a bright spot and a source of optimism in a news cycle and market that has suddenly turned bearish. I’m tempted to reallocate my investments accordingly, but I’m not going to.

Hopefully you won’t make any impulsive maneuvers either…