When OnDeck’s stock began to drop like a rock, ambulance chasing law firms issued press releases to allege exaggerated wrongdoings by company executives. The allegations involved breaches of fiduciary duties to shareholders amidst a changing or untested business model.

“The company is now reportedly losing tens of millions of dollars through defaults on its loans,” reads a release put out just hours ago by Robbins Arroyo LLP about OnDeck. Their announcement is a little late because OnDeck just announced a Q2 profit on July 15th. 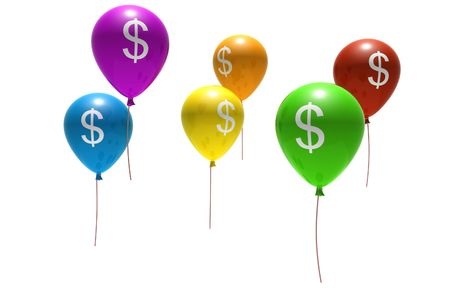 After nearly eight straight years of losses, OnDeck issued a press release announcing that their Q2 earnings call on August 3rd would reveal GAAP net income of somewhere between $4 million and $5 million.

It’s a stark difference from the guidance issued in their Q1 earnings report which put projected Adjusted EBITDA for Q2 at between a loss of $3 million and a loss of $4 million. Projected GAAP losses were much worse.

2015 was supposed to be another year of carefully planned red ink for the business lender as they continued their unrelenting strategy of growth. So where did this profit come from? And were some of their business decisions in Q2 influenced by unhappy shareholders?

Unlike Lending Club who had some company insiders file notices with the SEC to announce they had sold stock, OnDeck did not experience a rush to the selling exits when the lockup period expired. No insider sales were reported.

I published my theories about the stock’s drop back on June 29th.

And now suddenly we have a profit, but the source of the cash is clearly identified in the release. OnDeck sold off a lot of their loans to institutional investors and booked the revenue.

“In the second quarter, 19% of the loans sold through Marketplace were loans originated prior to the second quarter that were previously designated as loans held for investment,” the release stated. That sale also allowed them to reduce their loan loss reserves, it said.

The downside is that the perceived risk of the loans themselves at least for now in the public’s mind has not changed. OnDeck is simply transferring the risk to someone else but they can only do that in the future so long as there are buyers. Therefore they need to consider creating an asset that they and their shareholders would be comfortable holding on to and plan for the economic doomsday where there are no buyers, which will inevitably come.

Compass Point analysts Michael Tarkan and Andrew Eskelsen were not impressed by the pre-announcement. In a note to clients, they wrote, “On the surface, results were stronger than expected due to significantly higher gain on sale revenue and lower expenses. However, if we exclude the one-time gains, core revenues came in well below our expectations, suggesting a meaningful deceleration in loan origination growth and/or another decline in yields.”

“Treasury seeks responses that will allow policymakers to study the various business models and products offered by online marketplace lenders, the potential for online marketplace lending to expand access to credit to historically underserved borrowers, and how the financial regulatory framework should evolve to support the safe growth of this industry.”

OnDeck experienced a surge in its stock price the morning following the Q2 forecast. It has since come down a little and closed at $13.45 on July 16th.

—
Note: I have never bought or sold OnDeck stock.