What Happened to OnDeck? (ONDK)

The stock price is stuck at record lows.
The lockup expiration came and went but the fall of OnDeck’s stock price started much before that. There were no insider stock sales reported to the SEC since shares became unrestricted anyway.


There’s very little trading volume on an average day and investors on the big message boards either ignore this stock or don’t understand it.

The trend started on May 4th when they released Q1 earnings. The direction wasn’t very much different than Q4. Loan volume went up, interest rates came down, and no profits were to be had, nor were any expected for the rest of the year.

The market interpreted decreasing interest rates as pressure from competitive forces however and down went the stock price.

OnDeck’s execs insisted that they had lowered rates as part of a deliberate strategy to create stickier customers and attract new borrowers. CEO Noah Breslow himself said during the previous 2014 Q4 earnings call that “there’s so much search cost associated with going out and looking at other places and so much uncertainty around that, they [small businesses] typically just take that offer that OnDeck has provided to them.”

His theory is supported by the results of Lending Tree’s recent survey that revealed nearly 60% of small businesses did not comparison shop business loans online during their loan application process.

It’s possible though that the drop had little to do with OnDeck’s actual performance. That same day, Goldman Sachs hinted that they would be joining the tech-based lending field when they announced the hire of Harit Talwar from Discover Financial Services.

But before they had a chance to recover, Barrons published a story that was highly critical of OnDeck just a month later on June 5th. “It’s a subprime lender in dot-com clothing,” the author wrote. It was a tough characterization for them to refute, what with their 50% interest rates and double digit percentage charge-offs and all. 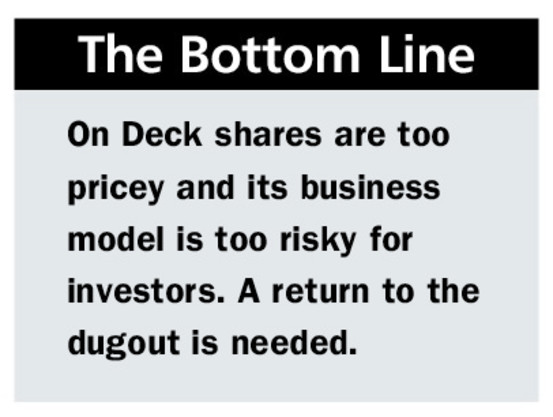 And then the lockup expiration on June 15th coincided with the big reveal of Goldman’s intentions to compete in the marketplace. News sources that picked up the story predicted that the move would impact online lenders like Lending Club and OnDeck. OnDeck’s stock hit a record low that day.

OnDeck has been stuck in the 12s ever since. Can they dig themselves out?

If competition is a factor in the market’s perception, and it probably should be, then investors should keep an eye on the industry’s other top players. OnDeck is not alone in this space and Goldman Sachs will be in for a bigger fight than they probably expect. 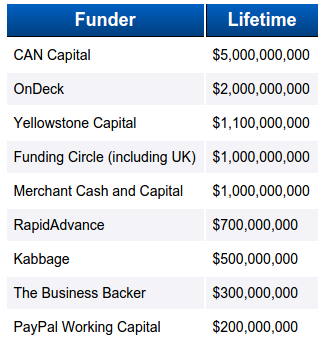