Are the bank statements you received legitimate? Underwriters in the business financing industry are scouring paper documents for abnormalities hoping to catch fraud in the inducement. And word on the street is that small business owners are doctoring statements and engaging in trickery in record numbers.

Technology has made it easier to create authentic looking documents and the rise in online lending seems to be bringing out the worst in people. Somebody in a desperate situation might not have the guts to look a banker in the eye and hand him a stack of fraudulent documents but they might roll the dice with somebody over the Internet they’ll never have to meet.

The fakes aren’t obvious anymore. Anyone can go online and buy doctored documents from professionals. The business is booming on Craigslist for example where fraudulent documents can be made to order in under an hour.

In the Miami area, fraud hucksters are even beginning to offer deals such as buy 2 fake documents, get 1 free.

Industry-wide, funding companies are complaining that attempted fraud is out of control. One broker recently took to the dailyfunder forum to share her frustration. “I can spot them a mile away!!! 2 different deals submitted this week with fraudulent statements!!!,” she vented.

Other brokers chimed in, sharing their stories such as a merchant whose doctored statements were only noticed because ATM withdrawals were listed with odd amounts like $90.83.

Oddly, nobody seems to be reporting this fraud to the authorities. It all seems to get swept under the rug as business as usual. Orchard co-founder David Snitkoff for example, was asked just last month about the rate of marketplace lending fraud and he apparently said, “No worries, none to date.” He seemed to be implying that fraudulent applicants are getting screened out. But that doesn’t mean people aren’t trying.

Seven months ago, merchant cash advance underwriter Pierre Mena wrote in detail about the challenges he faces in detecting fraud. He said:

Some of the more well hidden fraud can usually be found by comparing the summary page and last page of the bank statement to other statements. Typically, most banks and some credit unions offer you a snapshot of the starting balance, which should generally match up with the ending balance of the previous month. If it doesn’t, you should look for any transactions from the previous month that did not settle until the current month. If there is none, this is usually a red flag indicating that the merchant forgot that statements are continual time series financial data whose totals carry on to the following month.

A lot of these issues can be easily overcome by simply disregarding paper statements altogether. Microbilt’s instant bank verification tool for example, will allow you to pull the most recent 90 days worth of transaction data directly from the banks themselves. Funders using these automated checks swear by their effectiveness and the capability is essential for any company that wants to scale. 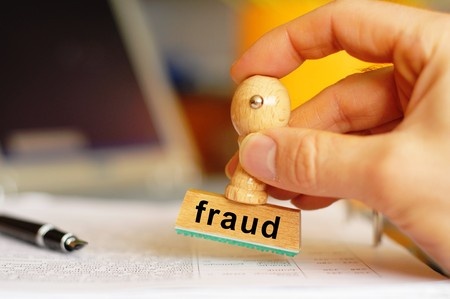 But a recent conversation with the owners of a broker shop in NYC said this is easier said than done. Merchants are still using fax machines to send statements or claiming they don’t have access to computers or email accounts, they said. They added that their clients would suffer if approvals were completely contingent upon online verifications.

Cultural differences play a role in this according to Gil Zapata, the founder of Florida-based Lendinero. Zapata recently wrote that latino business owners over the age of 45 are not accustomed to doing business over the Internet, email, fax, or phone. “This group has a high level of distrust in doing business via the Internet,” he said.

So is there a middle ground? On the dailyfunder forum, Chad Otar, a managing partner of Excel Capital Management said that he tells merchants they can change their online banking passwords after a verification. And Andy McDonald of Yellowstone Capital wrote that verifying the bank data is beneficial for the merchants too. “It protects the merchant by allowing us to check their account to make sure our pulls aren’t going to bounce,” he wrote in a thread back in April. He also added that he comes across 2-3 applications PER DAY with altered statements.

Humans can only do so much. Pierre Mena actually wrote, “Some of these statements are doctored so well that you may have to zoom in upwards of 300% to find a comma that should actually be a period to separate dollars from cents.” At this point, an instant bank verification would probably work wonders.

Online business lender Kabbage might have the best model. On their website, applicants are instructed to enter their email address followed by their bank account username and password. Their system will analyze their bank transactions and if eligible, will then ask the applicant for their first and last name. It flies in the face of all the pushback that funders claim merchants give them over data privacy and security.

Four months ago Kabbage announced they were already up to funding $3 million per day. Obviously there is an entire segment of small business owners that are sucking up whatever concerns they had about bank verifications in order to get the capital they need.

The majority of the small business financing industry is still relying on paper statements and probably shouldn’t be. If you have to zoom in upwards of 300% to find a comma that should actually be a period and if con artists are offering discounts for bulk orders of fraudulent statements, it may be time to throw in the towel and join the rest of the world in using the Internet…