Crossing the $1B mark in small business loans from OnDeck to #smallbiz around the country! Great way to end the week! pic.twitter.com/U3KUNxjyez

I couldn’t help but reflect on a major detail revealed about their operation a week prior in American Banker. OnDeck’s underwriting system is not as fully automated as they would have us believe. For the last few years its been said that their success is related to their advanced underwriting algorithm which analyzes thousands of factors. We were reminded of such recently in a Bloomberg interview:

The video has since been taken down

Such capabilities have been received with both awe and skepticism. Do factors like social media activity really make a difference in how loans perform? OnDeck’s CEO, Noah Breslow has openly acknowledged that many of their algorithm’s innovative factors carry little to no weight. Things like credit history, cash flow, and profitability still have a major impact in approval.

American Banker revealed that 30% of all loan decisions at OnDeck are human made. That’s a shockingly high percentage for a company that has 56 employees with backgrounds in math, statistics, computer science, and engineering. Furthermore, as human involvement is reserved for the larger deals, 30% of all loan decisions could easily be 50% of all actual dollars loaned. That would seem to prove that computer automated underwriting is a far greater challenge than anyone could have been led to believe.

With 7 years in business and a tech savvy board of directors that would make most billionaires blush, one has to wonder why so much human involvement is still necessary.

More than a year ago, UK payday lender Wonga almost acquired OnDeck but the deal fell apart in the late stages. Wonga’s CEO is a strong believer that human involvement in underwriting leads to poor decisions not better ones. As was quoted in The Guardian,

Asking for a loan from a financial institution had traditionally involved making a strong first impression – putting on a suit to see the bank manager – then rigorous questioning, checking your documents and references, before the institution made an evaluation of your trustworthiness. In a way, it was exactly the same as an interview, but instead of a job being at stake it was cash.

Damelin found this system old-fashioned and flawed. “The idea of doing peer-to-peer lending is insane,” he says. “We are quite poor at judging other people and ourselves – you get to know that in your life, both with personal relationships and in business. You realise that we’re not as good as we think we are at that stuff, and that goes for almost everybody. I certainly thought I was much better at it.”

That begs the question if that mentality can be applied to (1) lending in the US as opposed to the UK and (2) to businesses as opposed to consumers.

Fast growing merchant cash advance provider Yellowstone Capital hasn’t fully subscribed to the theory that automation is better. In an ISO&Agent interview, Managing Partner Isaac Stern said, “A computer-generated algorithm is no substitute for human analysis when brokering big loans. There are companies making decisions about merchants without ever speaking to them. You cut out a lot of important information.”

Peter Renton, the founder of both Lend Academy and the LendIt Conference shared with me that, “it is very true that [business lending] requires an entirely different skill set when it comes to measuring risk.” 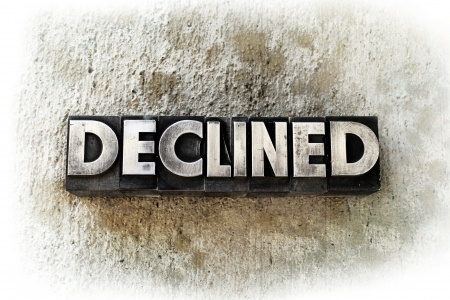 I think a lot of this explains why peer-to-peer lenders like Lending Club were able to get very big very quickly. Pre-packaged factors like FICO score can still largely predict consumer loan performance. That helped them scale because FICO is widely understood and believed to be reliable. Future business performance on the other hand is a mystery. The stock market is a great example of that unknown. Expectations of future performance change every nano-second.

All one thousand variables examined by a computer could confidently signal a lender to approve a loan to a restaurant. But 30 days later when a brand new competing restaurant opens up across the street, all that analysis goes out the window. Loan performance may be nothing like you possibly expected.

Is it any surprise that OnDeck isn’t fully automated? In my opinion, no. But when 30% of all loan approvals are human based, that should be a strong indication that computers can’t go all the way.

Wonga’s Damelin might have it backwards. Humans might be better judges of people than any algorithm could aspire to be. An algorithm creates scalability though. OnDeck would not have broken the $1 billion mark without one. It could just be about allowing a computer to do as much of the human work as possible without delivering significantly worse loan performance results. If you can at least get close to the performance that your best and brightest human underwriters could produce, that may be considered success.