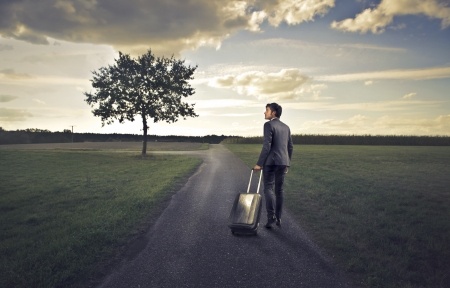 It wasn’t too long ago that everyone in this industry knew everyone else. If not personally, then at least through their credit inquiries or UCC names. You crossed paths and acknowledged each other. It was a small world then. Today, not so much.

As the barriers to entry have remained low, the simplicity of ACH repayment has drawn in people by the thousands to become brokers, syndicates, and funders. Anyone can be any one of those three or all three at the same time. There’s still the originals out there, the guys who go to the trade shows and visit offices regularly to stay in touch. But then there’s another crowd, the newcomers that don’t file UCCs, attend shows, or interact much with everyone else. They’re funding a half million, a million, or even $5 million a month and no one really knows they exist except for their own clients. The merchant cash advance industry which was once a shadowy market in its own right now has its own shadowy sector within it.

At the Factoring 2014 conference in April, the President of Fora Financial is poised to debate the Business Development manager of Credit Cash on the subject of whether or not merchant cash advance transactions are true sales. The truth is that I have seen so many variations of funding contracts out on the street that the merits of that debate may be flawed. No one knows what a merchant cash advance is anymore. It’s a point I argued in You Can’t Ask How Big it Is Without Defining What it is in January’s issue of DailyFunder.

The industry is made up of people that deal in daily payments. How these deals are structured vary widely. Indeed there is a growing divide.

Emotions are running high in 2014 and some grievances are practically coming to blows. Stacking is as polarizing a debate as Obamacare. There are folks that believe there is no precedence for dealing with stacking, but stacking is as old as MCA.

Many years ago it was cut and dry. If one company purchased the future revenues of a small business, it was contractually impossible for a second company to buy that same block of future revenues. “How could someone else buy what has already been sold?” so the argument went…

In 2007-2008, stacking was a merchant problem, whereby small business owners would devise ways to get double or triple funded in a very short amount of time so that each company didn’t know about the other until long after the money had been wired. Much of the arguments in favor of stacking back then came from the merchants themselves who felt that MCA contracts bordered on being unlawfully restrictive because it prevented them from obtaining virtually any outside financing unless the MCA was satisfied in full. Without the capital to satisfy their entire outstanding MCA balance, they were locked into renewing with the same company indefinitely with little leverage to negotiate future terms, so the argument went…

Today, it’s the funding companies that bear the brunt of criticism from their peers for stacking, mainly because they do it willingly and are not being deceived by merchants. It is perceived as a funder problem.

In March of 2008 (a full 6 years ago), the Electronic Transactions Association (ETA) established the following guidelines on the issue in their MCA white paper:

In order to effectively manage risk and prevent a merchant from becoming over-extended, merchants should not knowingly be allowed to “stack” advances (obtaining an additional advance when an outstanding balance on a previous advance exists). In the event additional advances are sought, the original advance should be paid off directly to the previous Merchant Cash Advance Company [MCAC] by the new MCAC (to ensure that the merchant does not retain funds due to the previous MCAC) with a portion of the proceeds given on the current advance.

The ETA calls for many common sense standards such as fair retrieval rates, sound underwriting, and legal collections practices. The advice is timeless and I suggest everyone read it. The industry might be growing apart but many of the fundamentals are the same.

Still, with the new crowd of near-anonymous funders, it is impossible to know what everyone’s intentions are. Given the low barriers to entry, there’s also the question as to whether or not the newcomers are legally prepared to book such deals. The industry is fraught with risks and always has been.

I just hope that as the divide grows, we are all united by a common goal, acting in the best interest of small businesses.