How to Value a Merchant Cash Advance Company (or Alternative Lender)


If you’re at all interested in the future of the merchant cash advance industry, you need to read Wall Street Evaluates Merchant Cash Advance in the first issue of DailyFunder. It offers a fresh perspective through the eyes of financiers outside the industry looking in.

The article is relatively broad but it communicates some very important points:

1. Some players in the space exist as lifestyle businesses. They’re not scalable, their success is largely attributed to what the owner does for it, and company’s long term vision is to basically make sure the owner takes home a nice paycheck.

2. Some of the big players in the space are on similar growth trajectories. Nothing differentiates each of them from the pack, and none of them really have an advantage over the other. 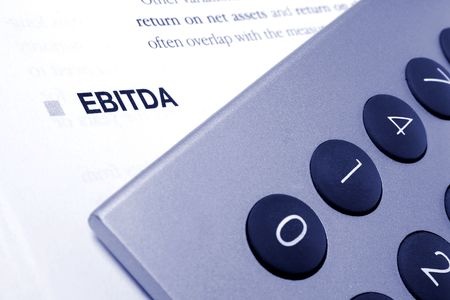 3. EBITDA is a bad valuation measure and growth is a good one.

On point #1, a lifestyle business is no good to a professional investor in this space. Aside from the success usually being owner-dependent, one question an investor is certain to ask a prospect is, “If I gave you $100 million today, what would you do with it?” There are many wrong answers to that question. If you said solicit more ISOs, buy more leads, or hire more sales people, they’re going to wonder why you haven’t done those things already.

On the same token, those answers would communicate that you’re going to do the exact same thing you’re already doing. It’s a mistake to think that scaling in such a manner will keep the original margins intact. It also does nothing to protect the company against change or enable it to grow exponentially.

On point #2, it’s great to be big, established, and growing at a moderate pace, but what good is that to an investor looking to double, triple, or quadruple their money? And who’s to say that a moderate growth strategy will continue as it has in the past?

Many many many (did I say many yet?) people have come into this space with visions of grandeur, to be bigger than CAN Capital in less than 24 months. What do their plans usually consist of? Pay higher than average commissions and fund deals they shouldn’t be funding. To date, none of those companies are bigger than CAN Capital and some of them are out of business. A growth plan can’t consist of funding deals you don’t want to and paying commissions you can’t afford. That’s called a suicide mission and it’s very effective.

Some big funding companies may appear sustainable on the outside but they’re woefully fragile on the inside. Jason Gurandiano said it best with this quote, “The general knock on merchant cash advance has been that they are an ISO-centric model.” I’m not discounting the value of ISOs in this business. To some extent they rule the roost, and that’s the problem in the eyes of investors. Many merchant cash advance companies rely on a handful of symbiotic relationships. The ISO relies on the funding company for commissions and the funding company relies on the ISO for deals. But what happens if:

An ISO-dependent merchant cash advance company doesn’t have much control over growth. Believe me, I’ve been on those phone calls where the ISO is asked to send more business. But what happens if they have no more to send? Or what if they would just rather do most of their business elsewhere?

Again, there is absolutely nothing wrong with a purely ISO-centric model in general, but it is much less attractive to investors looking to do a deal in this industry and that’s the theme of this post. 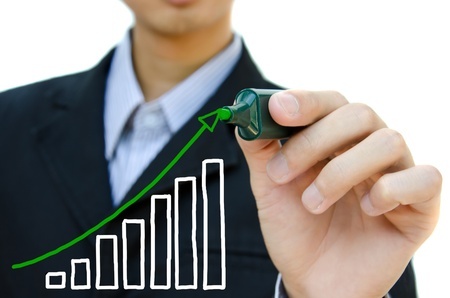 Point #3 is unique because it addresses the how to value a company once you’ve found one worth investing in. Earnings Before Interest Taxes Depreciation and Amortization (EBITDA) is not a viable valuation formula here as it doesn’t make sense to measure the worth of a company dependent on expensive debt by stripping away the cost of that debt.

According to Aswath Damodaran, debt to a financial service company should be treated like a raw material. In his 2009 paper, Valuing Financial Services Firms, he states, “debt is to a bank what steel is to a manufacturing company, something to be molded into other products which can then be sold at a higher price and yield a profit.” It is a perfect analogy for a merchant cash advance company.

Damodaran’s analysis covers a range of situations but I find an Asset Based Valuation intriguing. It states, “How would you value the loan portfolio of a bank? One approach would be to estimate the price at which the loan portfolio can be sold to another financial service firm,” There isn’t a lot of precedent for that in this industry unfortunately. Damodaran continues though with, “but the better approach is to value it based upon the expected cash flows.” For certain, one would have to take into account the renewal rate, renewal commissions, the average recovery timeframe, and the default rate.

If you bought $100 million in RTR today, how much would you get back 1 year from now or 2 years from now? This number is going to differ from company to company.

An Asset Based Valuation might be in order for a funding company that is winding down and shedding its existing portfolio, but it’s not appropriate for one with growth. One should assume that they’re buying a growing business when investing in a merchant cash advance company, not a packaged portfolio.

One question an investor might ask is, “what am I buying?” The average merchant cash advance company can be perceived as nothing more than a vehicle to maximize the spread between revenue and borrowing costs. They’re not really businesses in the traditional sense, more like arbitrageurs. They buy leads and/or they pay commissions, there are some fixed costs, but there’s not a whole lot more to it. There are virtually no barriers to entry and anybody can replicate the model. So you invest in the people who are doing it currently and their system (assuming it’s working so far). The value of that might only be equivalent to 1x – 4x annual profit. Why pay more when competition can drag margins down, regulations could disrupt the space in the future, or the investor could just as easily start their own company with the funds they have instead?

With that said, the average merchant cash advance company is more attractive to a lender than an equity investor. Additionally, they can also offer a nice monetary return by allowing people to participate in the funding of individual deals. Both are indeed what many investors choose to do, either lend money to these companies or syndicate. Why buy the cow when you can get the milk for free?

Merchant Cash Advance companies that make the headlines with big equity investments are not average. They create value, rather than just engage in arbitrage. They’re building something, changing something, disrupting something. They don’t profit off spreads in the market, they create the market and dominate it. Today this typically happens through technology, and not just any technology, but technology that leads to substantial future earnings. There’s a difference between spending a million dollars on a platform to make things more efficient and spending a million dollars on a platform that causes earnings to increase by 1,000%. Too many companies view technological investments in the former sense, a cost that eats into the spread instead of one that can blow the roof off of it.

Investors are looking for companies that plan to soar from Point A to Z, not ones that are moseying along from A to B.

RapidAdvance was said to have gotten an Enterprise Valuation in excess of $100 million when being acquired by Rockbridge Growth Equity. For the most part that number reflects Total Debt + Total Equity – Cash. When you buy a company, you’re buying their debts as well. 90% of their enterprise value could potentially have been the value of their outstanding debts. Of course I doubt it was, but it should put their eye opening valuation into perspective.

Contrast the RapidAdvance deal with the most recent valuation of Lending Club at $2.3 billion. Lending Club earns substantially lower returns per deal but they have an engine for growth that is virtually unmatched. In the month of August 2012, they booked $70 million in loans. In January of 2014, they booked $258 million. That’s 3.7x the monthly volume they were doing less than 18 months ago. That’s what an investor calls an opportunity.

How do you value a merchant cash advance company? There’s no easy way to do it and it largely depends on whether or not they’re an arbitrage shop chugging along or one creating substantial value.

There’s plenty of free milk out there. Why would someone pay top dollar for your cow?