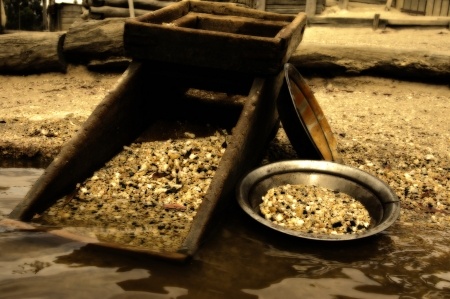 For all the small businesses that have gotten funded over the last few years, it’s been said that merchant cash advance companies and their lending counterparts have only filed UCCs against 50,000 unique merchants (not saying that’s correct). It’s an impossibly small number but those that have been in the industry a long time know that deals get recycled again and again. Some merchants have been using this product for a decade now. They jump from funder to funder or they stay with one for a long stretch until one doesn’t want to do business with the other anymore. I’ve seen merchants with a UCC history so long and so chronologically perfect that it’s like reading the book of Genesis. AdvanceMe begat funder B who funded the merchant for 365 days and begat funder C who begat funder D who put the merchant on a starter and begat a 2nd location with funder E, who begat 3 more funders each offering the merchant a 6 month program, Amen. And now they’re applying again still in 2014. Don’t get me wrong, it’s great that businesses have been able to put outside capital to use again and again, but it couldn’t hurt to have some fresh faces.

The market is saturated, the old school UCC market anyway. Businesses that have used a cash advance historically can potentially get up to 1,000 calls a year by UCC poachers trying to convince them to switch, stack, or do something else. It makes a lot of companies not want to file a UCC, and many don’t or they mask their filing name because of it.

Other companies in the greater alternative lending space would say, “A UCC? Why would we file that?” In the case of purchasing future revenues, it makes sense to put a public claim on assets purchased. Future revenues are an indeed an asset. But to an unsecured creditor, there are no claims to assets. So when I spotted Lending Club in the wild funding a business, I couldn’t help but check to see if they filed a UCC-1. They didn’t and they don’t. Unsecured business credit cards don’t file them either. I don’t think any unsecured creditor can.

With no UCC-1 on record, is merchant cash advance’s newest competitor invisible? Not quite. Each loan serviced on Lending Club’s platform is registered as a security with the SEC. Each deal has a prospectus and investors rather than “syndicates” can choose to participate in the loan based on limited information provided about the borrower. These loans only range up to $35,000.

Since each loan is registered with the SEC, all of that information is public. But there’s one catch, Lending Club’s borrowers are anonymous. As an existing investor on Lending Club’s platform, I can only see the borrower’s credit score range, location, and other basics. It’s like browsing leads on iBank and deciding which ones you want to buy but instead of paying to get their personal information so you can contact them and collect docs to underwrite, you have to fund them right then and there based on what you see. You never ever get to find out who they are or see their docs.

Here’s a screenshot of a real live business loan listing that any of their registered investors can participate in: 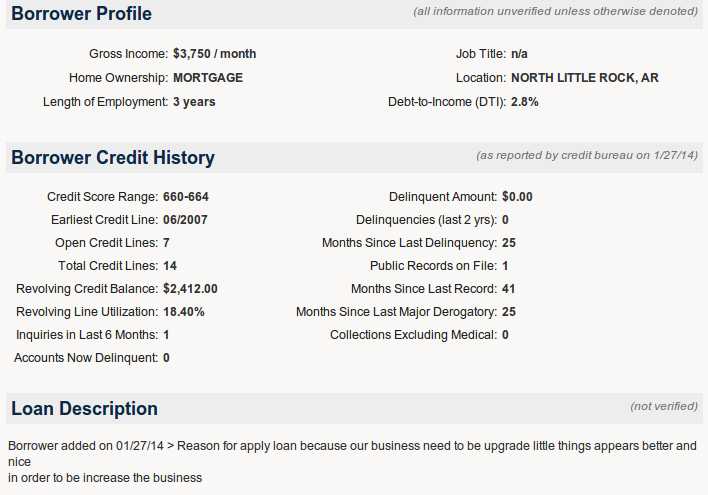 28 people are already participating in this loan. I think the smallest you can contribute is $25. Each loan gets filed with the SEC, which anyone can look up using Edgar.

But what you and I can see on the site seems to be all you can see in the SEC filings as well. Business location, credit, loan terms, and date filed, but nothing that identifies them personally. Unless of course you are smarter than I am and find a way.

Lending Club has made $3.5 billion in consumer loans in just a few short years. I have no doubt that they will be a billion dollar player in the business loan market as well. It sure would be nice to find out more about who they’re funding,especially since their cap is $35,000. There’s a good chance they’ll be underserving their clients’ capital needs.

The guys who figured out reverse UCC searching in MCA early made a fortune. Could reverse SEC filings be the next gold rush?