This Week in MCA


Days after our founder shared his personal tale of evolution in the Merchant Cash Advance (MCA) business, one of the industry’s largest players secured a financing round that is sure to turn some heads. It’s not every day that someone lands $100 million. New York based, On Deck Capital (ODC) has linked up with some big names, most notably Goldman Sachs. ODC has accomplished a lot and has evidently managed to deliver that same magic number of $100 million in loans to small businesses in the last 10 months alone. Seconds after this post gets published, we anticipate that ODC will let out a giant sigh from their headquarters in NYC. “Why oh why are we featured in an article about Merchant Cash Advance? We’re not a Merchant Cash Advance company,” they’ll remind themselves.

Some people would say that their micro loan program is indeed not an MCA. ODC leaves little room for confusion in their advertising message:

But in 2012, MCA is not necessarily just the purchase of future credit card sales or even the purchase of any sales. Today, MCA is synonymous with micro financing. Not to mention that ODC got its start by soliciting business from within the MCA industry. Regardless, they’ve created quite a niche for themselves and have earned the praises they receive.

Another fact worth mentioning is that Lighthouse Capital Partners (LCP) is one of the companies involved in the $100 million deal. Didn’t we just finish predicting that California VCs with an affinity for social media were about to dive head first into the world of MCA? Fresh off the wire and just hours after the ODC announcement, a social networking company called Tagged released news of a $15 million deal inked with…LCP. Expect us to cover this Silicon Valley invasion even more as it develops.

The MCA Forums… let’s talk about it. We all know that certain message board exists out there on the Internet where a handful of industry veterans occasionally visit to chat about deals. But who’s running the forum exactly and how is it really helping us all communicate better? We’ve asked around a bit and no one seems to know who the owner of it is or if he has any affiliation to Merchant Cash Advance at all. Forum fail… but it’s a cycle repeated a lot in this business. Every time there’s a payment processing expo, the MCA guys show up but they’re never the ones hosting the show. It’s much like that with the MCA Forums, where everyone’s visiting it but none of us are at the helm. The MCA Forums have helped the community over the years but there are many that would agree it’s time to take the next step. Capital Stack and Merchant Processing Resource have been working together to create what we hope will be the next phase in MCA industry communication. We want all the big players to play a part in it and to also invite our brothers and sisters in micro finance (micro lenders, asset based lenders, equipment financiers, leasing companies, etc.) to join in with us. We’re calling it ‘The Daily Funder’ and it should be ready to go in a few weeks. We’ve put this video together to reiterate what we just said. 🙂

Want to know more, share an idea, or become a key player in it? E-mail David Rubin at ceo@capitalstackllc.com OR sean@merchantprocessingresource.com. 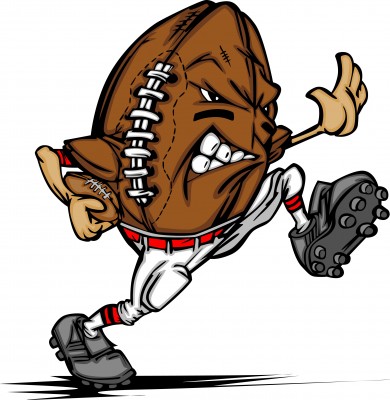 The Merchant Cash Advance Warriors fantasy football league is now open. Co-commissioned by Merchant Cash Group and Merchant Processing Resource, we’re aiming to pick up representatives from ISOs and funders around the country for some good old fashioned competition, the friendly kind, but with smack talk allowed. Want to join? Signup is free. Please contact sean@merchantprocessingresource.com or heather@merchantcashgroup.com for a formal invite.

———————–
Is anyone using Funders Cloud? We’re friendly with one of the owners but haven’t caught up with them in awhile. The platform was designed to be pretty awesome: