Subprime Lending and The ETA Expo in Vegas!


Are we really still saying “banks aren’t lending”? We are, and apparently everybody else is too, because it’s still true. Time Magazine just published a piece that promotes the idea that bank lending is so dead that people wouldn’t even lend money to themselves. Could this be more evidence that banks are no longer necessary to a recovery or economic growth?

We recently scolded the Huffington Post over an article casually claiming that businesses had no financing options other than to pawn off their jewelry. That led us to create a mini-petition in which many players within the Merchant Cash Advance industry could politely inform them of their omission. We are happy to report that individuals from more than 40 MCA companies have participated in the petition so far. “40?! Only 40?!!” If you think 40 is small, you should keep in mind that there are only so many MCA companies in the country. We encourage anyone who has not participated to do so HERE.

Huffington Post hasn’t responded yet but we expect they will be forced to as the emails keeping rolling in!
————————

As the Merchant Cash Advance industry has evolved, we find it kind of interesting that the we have adopted the Electronic Transactions Association Expo has our own official trade show. Split-processing or ACH collection are both electronic payments, but we believe piggybacking on other industries could potentially be keeping MCA in the shadows. Whenever there’s a trade show, whether it be payment processing, restaurant associations, or other, the Merchant Cash Advance guys seem to show up but they’re never hosting the event. 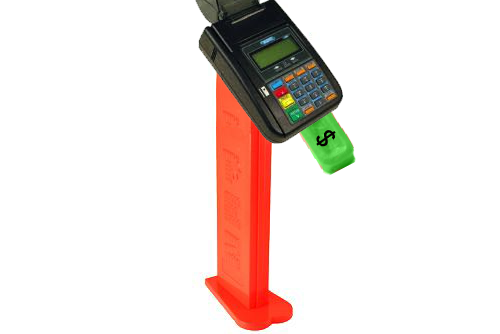 Now that the volume of MCA transactions per year is in the billions of dollars, it may be time to starting pulling ourselves out of the booths and onto the big stage. Don’t get us wrong. The ETA Expo is the most valuable place for the MCA space to meet, greet, close deals, learn, partner up, promote yourself, and party, and it’s important that we maintain a big presence there. We can’t help but imagine what could be if wholesalers, equipment vendors, distributors, and retail business owners were coming to the Annual Merchant Cash Advance Industry Expo. Attendees would get pez dispensers shaped like credit card terminals and the candy would be green and shaped like money. As long as we had pez, we wouldn’t need a big fancy dance show:

Thoughts on this anyone? Are you going to be at the ETA Expo? Comment below.