Cool Stuff
FundersCloud is making waves in the industry with their Peer2Peer/Crowdfunding platform. We’ve finally gotten a chance to speak to their team, do a walkthrough, and aim to release an independent review of their cloud next week. However, for the moment we would like to take this time to gloat that another one of our predictions is being proven right.

On December 1, 2010, we explained that the Direct Funder model was quickly becoming a thing of the past. (The Direct Funder Model is Sooo 2009). How many of your friends and colleagues have at some point considered leaving their current job to go and start a funding company? Tired and worn down agents are all prone at some point to say “screw this! I want to be the funder so the agents can send the deals to ME instead!” Now it makes increasingly less sense to start a funding company. Why would you do that when you can just syndicate on your own deals or on the deals of other funders? You can earn the same return they enjoy but without having to pay the nasty overhead. In some aspects, being the funder has disadvantages, unless they’re making a hefty amount on management fees. 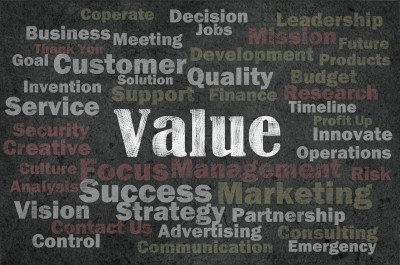 ISOs Facing Extinction
According to an article in ISO&Agent Magazine, it’s not practical to compete on just price anymore:

The internal threat lies in continuing to base the ISO business model solely on selling card services at the lowest price and failing to offer the latest payment technology, Helgeson cautioned the packed session room.

“They should be talking innovation,” Helgeson said of ISOs. “If they’re only talking rates, they’re already out of business”

Basically, if two merchant account representatives walk into the corner deli and one offers to lower the processing rates by 15 basis points and the other offers a state of the art POS cloud that can accept payments through the merchant’s smartphone, home computer, and in-store touch screen device, what’s going to happen? So many merchants have been tricked into higher rates under the guise that their rates would be lower that they’re beginning to tune out the low rate pitch already anyway. They want the technology now.

Could the same issue begin to plague the Merchant Cash Advance industry? In the last two years, new funders have popped up with the strategy to acquire marketshare by undercutting the competition. That works until the next guy undercuts the first guy, and the next guy undercuts the second guy. Pretty soon, we’ll have funders purposely operating in the red just to have a share of the market. Some are bleeding red ink already but not because they want to be. 🙁

They key is to give merchants added value with the financing program. This doesn’t mean trying to sell them insurance and warranties and trying to pass this off as some kind of value. Those are junk costs and extra fees for the funder, not value for the merchant. Anything you can contribute that would drive more customers to their business or make their business operate more efficiently is value.

Ignorant Media
In our own opinion, the petition set up to automatically e-mail the Huffington Post in response to their article about businesses having no choice but to pawn jewelry was a success. The Huffington Post may feel differently because they didn’t respond to us at all.

It figures that websites that receive millions of views daily really don’t bother to care about actual facts or information. They’re entertainment sites and for-hire PR mechanisms. Every time we see a friend’s company mentioned in the news, we shoot them an e-mail or call them up to offer them congratulations on getting noticed. They always respond with some version of, “Don’t congratulate me. I had to pay $30,000 to some PR company to try and buy placement.” Oh well… At least there’s the Merchant Processing Resource to fulfill all your Merchant Cash Advance information needs. 🙂