An Underwriter in Salesman’s Clothing 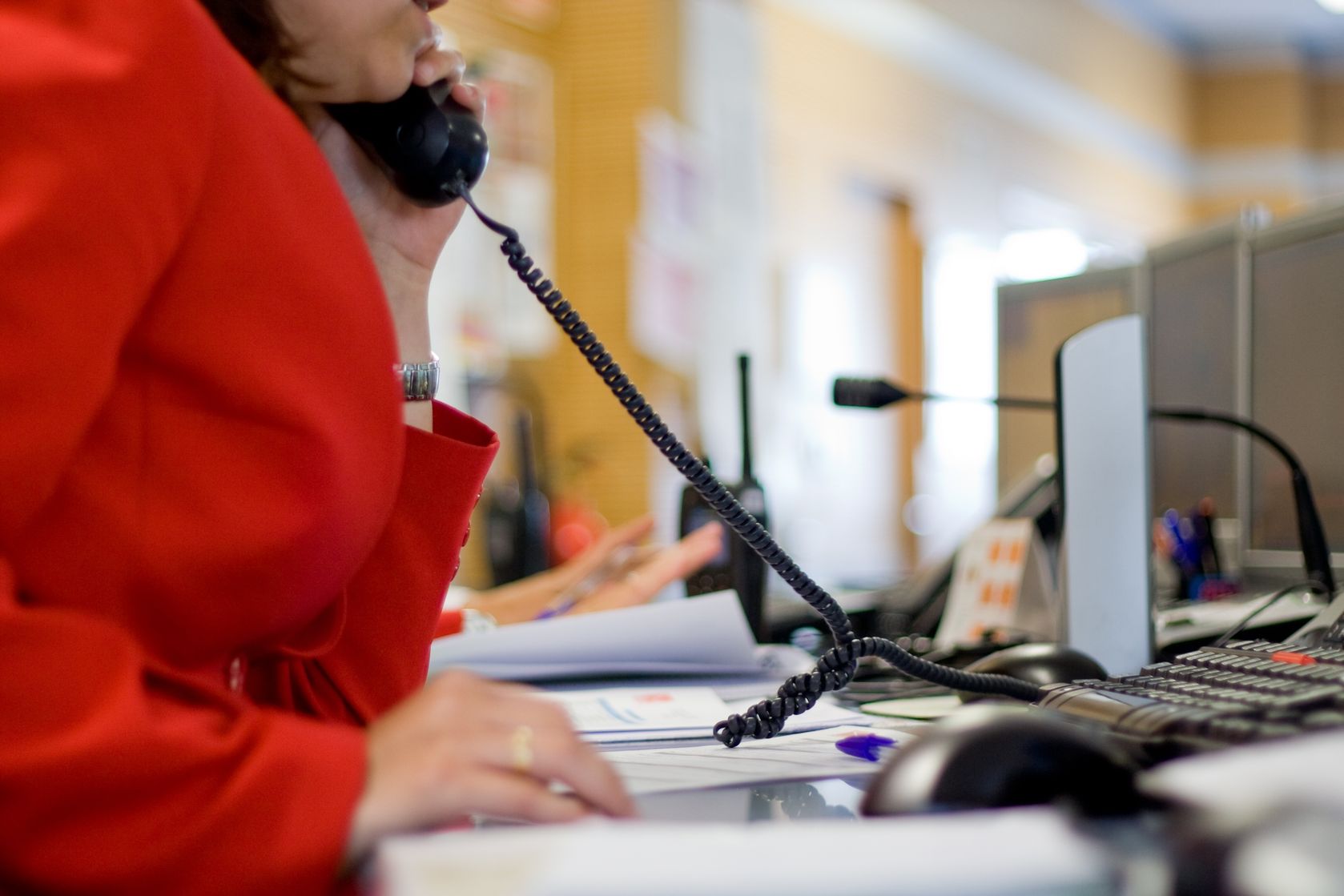 It was mid-2006 and AdvanceMe was finding it wasn’t so alone in the world anymore. First Funds, Amerimerchant, Merchant Cash and Capital, BFS, among others were abuzz with a business model and a dream. Practically fresh out of college I joined one of the few funding companies as an underwriter. For a kid with little experience in an industry where no one had experience, I was fortunate to have graduated from a great business school. I had held off pursuing a CPA to see where the Merchant Advance wave would take me.

After my first week, I was hooked. Merchant processing, purchasing future receivables, private investors, and millions of dollars being pumped into small businesses were all part of an average day. After a month, I had complete sign-off ability to approve an account and wire funds out. “Fascinating,” I thought.

“3 Merchant processing statements and a signed contract.” This was the industry wide standard documentation at the time. If one Cash Provider wanted more documentation than that, the ISOs could divert their business to another Cash Provider in defiance. Cash Providers spent a lot of time courting and tending to the needs of their ISOs. It was truly a day when salesmen ran the Merchant Advance world.

I remember visiting giant telemarketing centers with 50-100 people spreading the word about the Merchant Advance to thousands of people a day. At one in particular, there was a legendary ex-stock broker at the front of the room rallying the troops on a megaphone. “Sell! Sell! Sell!” The Team Captains had their names up on giant marker board with their stats for the month. Combined, they were at $2 Million in sales so far.

After I had done my “courting” and “tending” to the brass of these sales warriors, I saw a 21-year old salesman being written a check for $20,000 for a sales benchmark he had just hit. Rumor had it that he was a pizza delivery guy living out of his car just 6 weeks before. I wondered how people were making THAT much money. It was hard not to be caught up in the commotion and excitement. Nobody knew when the growth of this product would stop exploding. It wasn’t long after that when one of my fellow underwriters resigned to get in the action. I didn’t blame him, but it just wasn’t for me. I was an analytical type guy, not the sales type.

I spent my days of 2007 learning and dealing with the fact that small businesses were taking Advances simultaneously, huge commissions were paid for deals that were defaulting, 10% Closing fees were being charged, and new terminals were being sent to merchants that provided them with the opportunity to divert sales away from the Cash Providers.

This was all happening while ISOs/Providers were quadrupling their staff to deal with the surge in applications. Too much was happening at once. There were situations where Cash Providers became so overburdened and technologically unprepared, that it would take weeks just to determine what a merchant owed on their Advance. That’s not a good position to be in.

In all the madness, our team of underwriters were ahead of the game. There were alarming trends that spelled disaster. We believed the sales model had gone awry. It was $10,000 for $13,500 for our company, a profit of $3,500. It was 10% Commission + 10% closing cost + increased merchant processing rates + terminal leases, a profit of $2,000+ for the sales company. That was way too much for having no liability. There was no way these additional fees could be tacked on to what could already be considered our expensive product.

I eventually became Manager of the entire underwriting department on my platform of conservative underwriting. Boy, was I unpopular. I found myself butting heads with salesmen all day. I lobbied for more documentation and the elimination of closing costs.

What I especially subconsciously disliked, was that some Advance salesmen my age were earning 4x more than I was annually and I considered myself to be earning a hefty sum. They would debate constantly about declines and make excuses for required paperwork their merchants couldn’t produce. It was a rule that no matter how terrible the submitted application and paperwork looked, a full workup and discussion of the deal with the salesman would be had. For certain submissions, this just didn’t seem to make sense. To the salesman who worked hard for the application, it meant the world to him.

Some of us thought their over-ambitious tactics and need for closing costs were the result of greed. “A bunch of fat cat brokers”, some of us would think. Sure, there were the guys out there making $30,000 in a month, but a lot of the day-to-day calls were from guys only making 1.5% on the Advance amount, only a portion of the closing cost, and had no idea what bankcard residuals were.

It didn’t faze me when a salesman pleaded that he had been pitching a particular merchant for over 3 months and the excuse for why his May processing statement was missing. “No statement, no funding,” I asserted. Rules were rules and I would not put up with someone trying to circumvent them. The merchant probably would’ve been just fine too.

Our underwriting group took a lot of heat from the Execs at our company. Conservative underwriting jeopardized demand. It was a terrible cost-benefit debacle that we faced day in and day out. Sounds similar to the mortgage broker/ bank dilemma eh?

It was late Summer, 2008. Our company was stable and in good hands. I basked in our accomplishment. Some of our competitors hadn’t been so lucky. Like the friend of mine who left before me over a year before, I wanted in on the action. I resigned and became a salesman.

I never wanted to manage an ISO, I wanted to be a salesman on the front lines. I wanted the ringing phones, the commotion, the marker boards with stats, the glory, the $20,000 checks.

I became an Advance salesman at the worst time in history. Fast Capital had long gone, Merit left the arena, and some of the good ‘ol boys had changed to renewals only. Submitted applications were responded to by computer programs saying my deal was ‘automatically declined due to something or other” and would not even be reviewed. “How could my deal not get reviewed? I spent 30 days pitching this merchant only to find out he wasn’t even worthy of review?” My subsequent calls were met by agitated voices at Cash Providers who couldn’t comprehend why I wanted to know the status only 2 days after I submitted the application.

I shrugged it off in the beginning. In fact I found myself not even submitting a large chunk of the applications I generated because they didn’t look like approval material. That was the underwriter in me. I learned it to be a harmful habit.

It was 10 straight declined deals later that I found myself wondering if I should submit everything I get just to make something happen. I extended the streak to 15 declines and my subsequent phone calls to Cash Providers were met with cold responses about Policy, Policy, Policy. “No Statement, No funding,” I was told. My argument that my merchant could not provide his November merchant statement went unheard. They could not understand why I was trying to circumvent rules. I wasn’t. The streak was extended to 20 declined deals. “Under 500 FICO, too many NSFs, landlord reference insufficient, volume under $5,000, etc.” Some would suggest certain marketing campaigns produce low quality merchants. Maybe, maybe not.

The streak was extended to 25 declined deals and a merchant I had been pitching for literally 4 months was finally giving me a shot. The sweat, the stress, and the dwindling commission paychecks led to the addition of a 2% closing cost on the deal. The merchant ok’d it and signed my form. My stats on the marker board were pathetic and I was far from glory. What happened next is ironic.

The Cash Provider got wind of the closing cost and called our office. Something was said about greed and overburdening their merchant. A warning was issued and they were going to watch my submissions more closely. 25 straight declined submissions done via a computer program e-mailing me a notice of decline with no human discussion, 4 months of sweat in closing a deal, and only a quarter of that 2% closing cost actually going into my pocket. That’s pre-tax by the way. Now I’m on their watch list.

With restrictions so tight, our collective target merchant has relatively good credit, money in the bank, current with all their vendors and rent, consistent processing, sufficient gross sales, and be able to submit a large amount of paperwork. These merchants are harder to come by and many of the amateur salesmen will not be able to close someone like that. Ironically, I personally obtained a credit card last week with 0% APR for 12 months with a $20,000 limit. I submitted no documents and spoke to no one. All I did was fill in my info online.

Cash Providers charge an $8,000 fee for $20,000 and we all know the hoops the applicants have to jump through to get there. Interesting. Makes me think 1.40 factor rates will not last forever regardless of any credit crisis.

The Cash Providers that brag, “We have ISOs that submit 10 deals a month and get 10 approvals” should realize they surely generated way more applications than that. They just sent the ones they knew you would approve. Marketing and overhead costs were incurred on all of them.

Many are shouting that only the strong will survive in this new world order of Merchant Advances. I think lending will free up again one day and all the Cash Providers that think providing ISO support means having a computer program spit out automated response e-mails and a toll free number that no one of decision making capacity answers will find themselves alone. There should be a bit more “courting” and “tending” to the ISO’s needs. They need you badly right now and you can’t live without them.

Perhaps I’m just ahead of the game again. Maybe I should apply for an underwriting job.